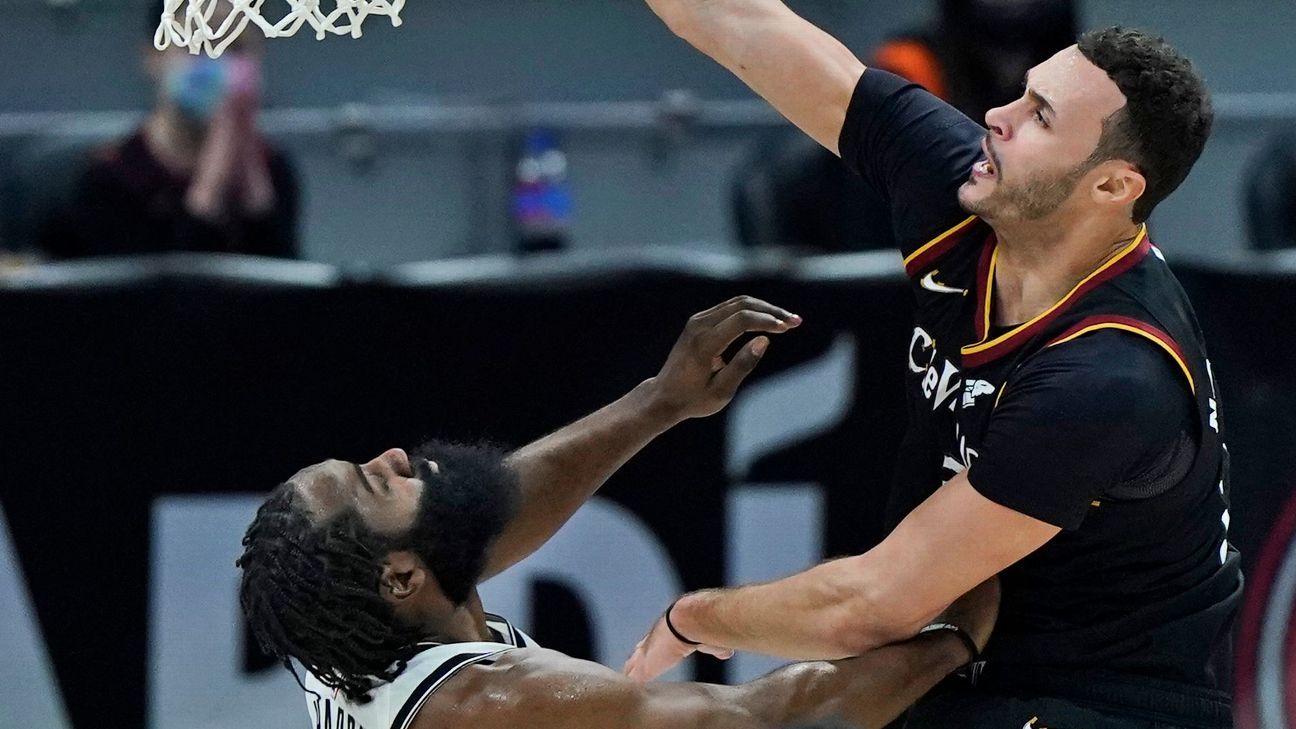 After a 125-113 loss to the Cavaliers on Friday night, the Brooklyn Nets leave their road trip to Cleveland 0-2 and have a slew of defensive breakdowns to review in their next film session.

Scoring wasn’t an issue for the Nets, even without Kevin Durant, who sat out after playing over 50 minutes in Brooklyn’s double overtime loss on Wednesday. On the defensive end, the Nets couldn’t slow down the Cavaliers in the paint.

“That’s a lot of points in the paint,” James Harden, who finished with 19 points and 11 assists, said. “Offensive rebounds happen, layups happen, good things doesn’t happen when the ball gets in the paint, and tonight we allowed that too much.”

Brooklyn was also outrebounded 50-29 on Friday. The Nets’ rebound rate of 35.6 percent was their worst in a game over the last two seasons.

Allen, who was traded to Cleveland as a part of the package that landed Harden in Brooklyn, had been an anchor of the Nets’ budding defense. In the last two games against his former team this week, Allen contested 23 shots and held Brooklyn to shooting just 26 percent on those shots, according to ESPN’s Stats and Information Group.

Brooklyn couldn’t muster defensive urgency — 40 percent of the Cavaliers’ total field goal attempts over their past two games were uncontested by Nets defenders. Allen and Taurean Prince, who was also part of the trade for Harden, combined to shoot 64 percent over the last two games.

“You wish that it wasn’t against you,” Joe Harris said of Prince and Allen’s performances, “But obviously you’re happy for those guys.”

Now, the message from head coach Steve Nash is to walk the tight rope of not panicking, but also urgently improving on the defensive end of the floor.

“We just need to find a way to play harder,” Nash said. “Dig deeper. We are not a defensive roster, we have to take more pride. Contest more shots, fight, scrap, claw, and that’s what I think is missing as much as anything schematic that we’re breaking down.”

Nash added: “I think the bigger message is that just showing up to the gym is not good enough.”

The Nets plan to sign forward/center Norvel Pelle once he clears the league’s coronavirus testing protocols, his agents, BJ Bass and Tod Seidel, told ESPN’s Adrian Wojnarowski on Friday. Still, Nash repeated several times that Brooklyn cannot rely on signing reinforcements to solidify their defense. Instead, he implored the Nets to “look inward and take responsibility and make it a priority and try to grow defensively.”

DeAndre Jordan, who is the Nets’ only active true center, said that he views his job as being “a force defensively” and to help be a defensive sparkplug for the team. Jordan had his hands full with Drummond and Allen, who were 7-for-11 from the field when defended by Jordan over the past two games.

“We can’t get too down on ourselves or panic early,” Jordan said. “Even though a lot of people want us to panic. Rome wasn’t built in a day. Championship teams weren’t built in a day. They’ve gone through struggles. So we’ve got to be able to take this on the chin and learn from it and ultimately come back and respond tomorrow and for the rest of the season.”