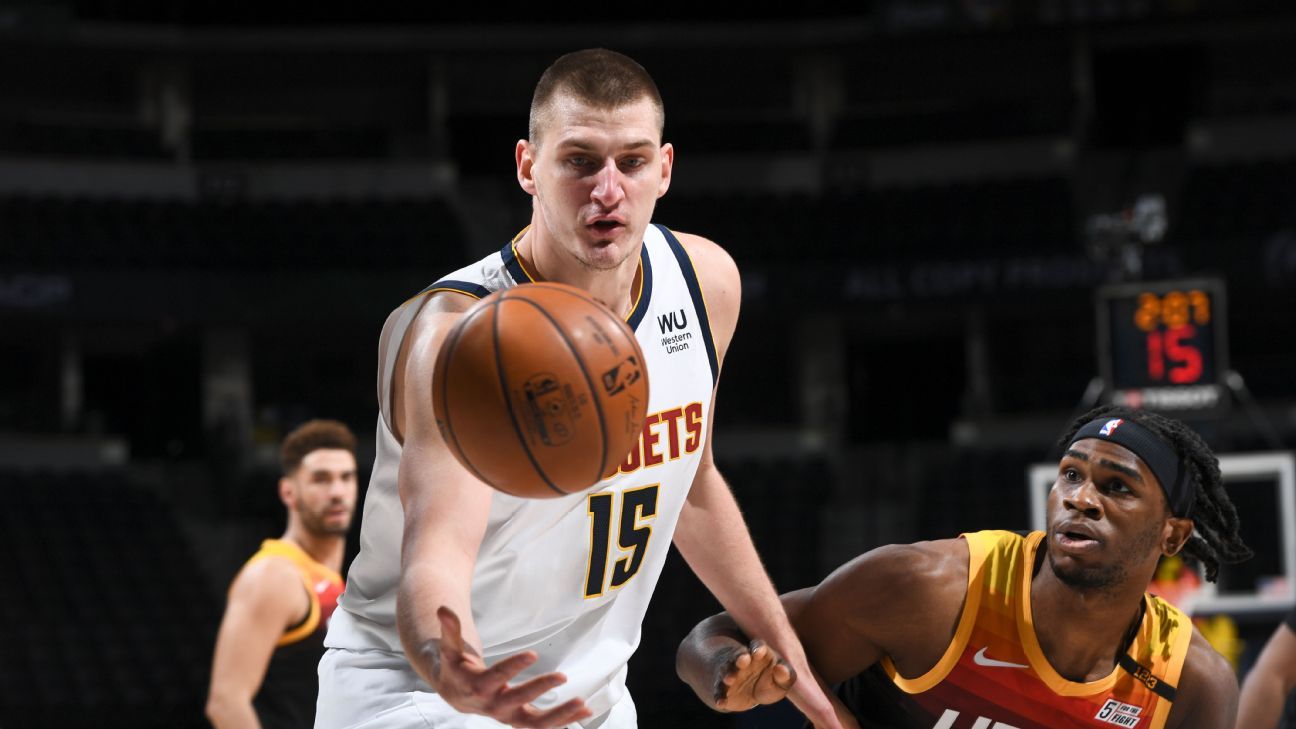 DENVER — Nikola Jokic matched his career high with 47 points and the fast-starting Denver Nuggets beat Utah 128-117 on Sunday to end the Jazz’s winning streak at 11.

Jokic was 17 for 26 from the field, hit all four of his 3-point attempts, made 9 of 10 free throws and had 12 rebounds and five assists. He scored 33 points in the first half.

Will Barton added 18 points, and Jamal Murray had 16 to help the Nuggets win for the sixth time in seven games.

Utah lost for the first time since Jan. 6 at New York. Bojan Bogdanovic led the Jazz with 29 points, and Donovan Mitchell had 13 in 31 minutes after missing two games while in concussion protocol.

Denver hit all eight of its 3-point attempts and shot 80% in the first quarter. The Nuggets kept it going in the second, going 13 of 24 from the field and finishing 15 of 17 from long range in the first half to take a 79-54 halftime lead.

The Nuggets’ 88.2% mark from deep was the best 3-point field goal percentage in a half (minimum 15 3-point attempts) in the last 20 seasons, according to the Elias Sports Bureau.

JaMychal Green had all 11 of his points in the fourth quarter when the Nuggets got the lead back to 20. Jokic matched his career high with a layup with 2:05 left.

Jazz: Derrick Favors had seven points and six rebounds in his return. He missed the previous two games because of soreness in his lower back. Utah outscored every opponent but one by double digits during the 11-game winning streak. The only close game was a 109-105 victory over Denver on Jan. 17. The winning streak was the team’s longest since a 12-gamer Feb. 11-Mar. 10, 2009. The franchise record is 15 in 1996.