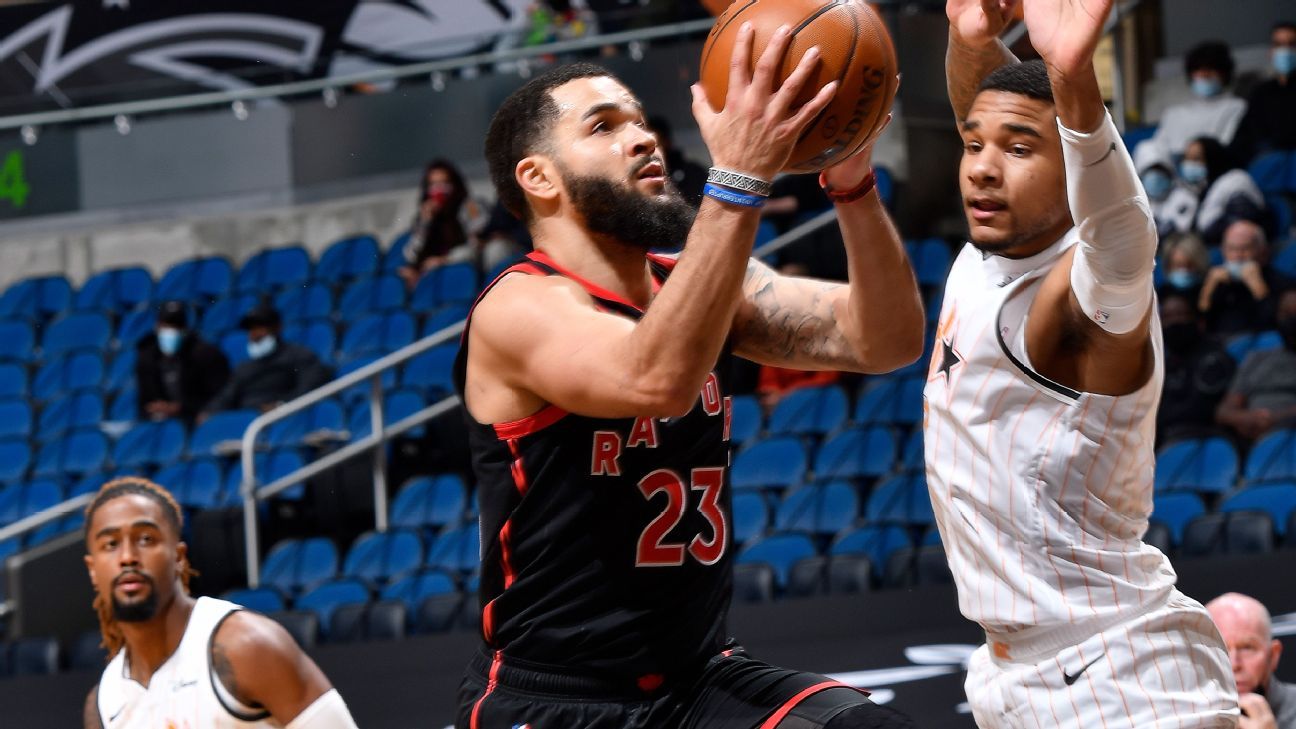 Fred VanVleet set a Toronto Raptors franchise record and a record for undrafted players by scoring 54 points in Toronto’s 123-108 victory over the Orlando Magic on Tuesday night.

“It was just time. … It’s just time,” VanVleet told SportstNet in Toronto after the game. “I’ve been missing a lot of open ones this season, more than I usually do, but it was time. Sometimes you get in that groove and you find that zone, and tonight I was able to do that, and my teammates did an unbelievable job finding me, and screening for me and getting me the ball in my spots. A lot of them were just catch-and-shoots.”

VanVleet set both records with a layup with 3:46 remaining in the fourth quarter, a bucket that simultaneously passed DeMar DeRozan’s Raptors franchise record of 52 points as well as Hall of Famer Moses Malone’s record of 53 points for an undrafted player. It capped a night that saw VanVleet score nearly half of Toronto’s points in what became a comfortable Raptors win.

VanVleet immediately showed how things were going to go Tuesday night by scoring 17 points in the first quarter, including hitting all five of his attempts from 3-point range. By halftime he reached 28 points, hitting eight 3-pointers. He surpassed his previous career high of 36 points midway through the third quarter, eventually reaching 46 and 11 made 3-pointers after three quarters.

While VanVleet ultimately was unable to chase down either Donyell Marshall’s single-game franchise record of 12 3-pointers made, or Klay Thompson’s NBA record of 14, after he returned in the fourth quarter, he made a pair of free throws after being fouled on a drive, and then made three uncontested layups to reach his record-setting total.

He added afterward that he expects to hear from DeRozan, his former teammate, whom he said he was thinking of as he got closer to beating his record.

“It was only a matter of time,” VanVleet said with a smile of besting DeRozan’s mark. “Every time I get a 30, I usually get a text from DeMar saying I’m weak for not passing his record. So I definitely had him in mind as I got close down the stretch.”

VanVleet finished 17-for-23 from the field, including 11-for-14 from the 3-point line, and 9-for-9 from the free throw line. He also had three rebounds, two assists, three steals and three blocks in 37 minutes for Toronto, which swept a two-game set with Orlando.