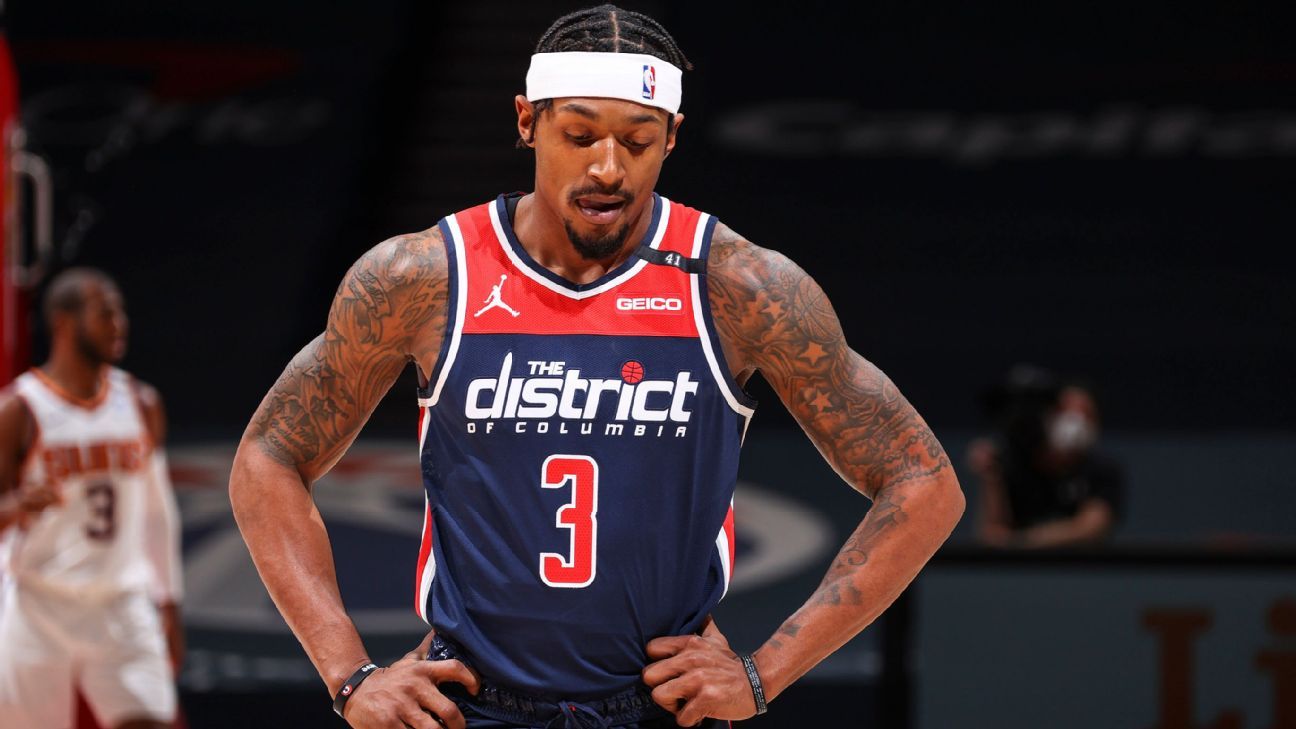 When more than 90 players who signed as free agents become eligible to be traded Saturday, it will mark the unofficial start of trade season in the NBA. Several big names have already been traded since mid-November, including James Harden, Russell Westbrook, John Wall, Victor Oladipo, Chris Paul and Jrue Holiday.

Could that portend an active trade season in 2021? Maybe not.

While the unexpected could always happen, by and large league insiders expect the next few months to be relatively light from a transaction standpoint, as multiple factors have converged to create an adverse market and a potentially quiet March 25 trade deadline.

One byproduct of all of those marquee names swapping teams over the past 19 months is that there’s hardly anyone left to follow them. Two stars who could’ve been on the move — Giannis Antetokounmpo and Rudy Gobert — both signed massive extensions to remain with the Milwaukee Bucks and Utah Jazz, respectively. That took two big pieces off the board.

That leaves Washington Wizards guard Bradley Beal as the biggest star who could be considered available. But while Beal hasn’t hid his displeasure at times on the court recently for the Wizards, there has been no indication he has asked out of Washington, and observers around the league expect that deal to take place in the offseason, rather than between now and the deadline.

“I think it would have to be pressure from him and his agent to do so, and it sounds to me like that won’t happen until after the season, if at all,” a Western Conference executive said.

Another West exec was even more adamant when asked the same question.

“Zero,” they said, referring to the chances Beal is dealt before next month’s trade deadline. “That’s what they keep saying. They’ve been adamant they’re not moving him.”

But while Beal is expected to stay put, there are some players who could be on the move.

In conversations with executives, a few names repeatedly popped up as logical trade candidates over the next several weeks. The New Orleans Pelicans have already engaged teams on veteran guards Lonzo Ball and JJ Redick. The Houston Rockets could potentially move Oladipo again, as well as forward P.J. Tucker, who also is on an expiring contract. No one thinks guard George Hill, who is currently out after undergoing surgery on his finger this week, will still be a member of the rebuilding Oklahoma City Thunder past next month’s deadline.

Orlando Magic guard Evan Fournier is on an expiring contract and is expected to draw interest, and multiple executives wondered if the team would consider moving on from forward Aaron Gordon — out another 4 to 6 weeks with a sprained ankle suffered earlier this week — as part of a pivot into a full-on rebuild amid an injury-plagued season.

But while all of those names carry some level of intrigue, they don’t move the market — and potentially shake up the standings — like Harden or Beal, or even Holiday, whom the Bucks dealt for in November.

“The two biggest names have already moved,” an Eastern Conference executive said. “Nothing will be bigger than Holiday and Harden, but I still think things will happen, especially as some of these teams realize their cap space is going to be worthless this summer.”

Who can make a deal?

Just one year ago, the LA Clippers and Los Angeles Lakers were battling atop the Western Conference, and both were seriously pursuing trades for Marcus Morris Sr., then with the New York Knicks. The Clippers were able to put together the winning deal, in part because they had a first-round pick to offer.

Of the teams hoping to fight for a title this year, four of them — the defending champion Lakers, the Clippers, the Bucks and the Brooklyn Nets — have no first-round picks to trade for years to come, making it difficult to find a way to add a difference-making player. And they’re not the only ones.

The Miami Heat and Dallas Mavericks, two teams on the fringe of the playoff race, both have already traded their 2021 first-round pick. So have the Portland Trail Blazers and Golden State Warriors (though they do have Minnesota’s top-three protected first-round pick as perhaps the most valuable trade asset in the league). The Utah Jazz, who find themselves near the top of the West, owe the Memphis Grizzlies a pick that has protections all the way out to 2024. 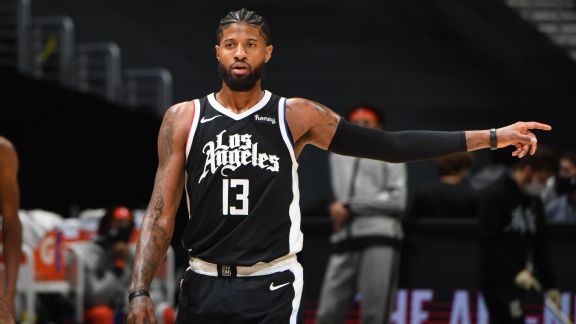 All in all, more than 10 teams are limited in what they can offer in draft assets because of previous deals.

“For good teams trying to do rentals, those deals will be tough without picks [to trade],” a second East executive said. “And say you’re Washington, and you’re trying to do a Beal trade. If you want to get three firsts and two swaps, in what seems to be the going rate for these deals, your pool of teams who can do that is way smaller.”

Among the league’s top contenders, the Lakers, Clippers and Bucks have the added difficulty of being hard-capped, which limits the amount of salary they can add in trades.

Meanwhile, teams still are struggling to figure out who they are and what they need. Practices are few and far between, and with virtually every team dealing with myriad absences due either to injuries or the ongoing COVID-19 pandemic, playing with a full team is a rarity, and could limit deals.

“I think with all the uncertainty, between COVID and everything else, there’s not going to be a lot happening,” another Eastern Conference exec said.

Every trade needs both a buyer — a contending team looking to improve its roster in some way — and a seller. And the NBA might have a lack of sellers this season, because of the expanded playoff field.

After experimenting with a play-in round in the bubble last season, the NBA expanded the effort this season, meaning the top 10 teams in each conference will have a shot at the postseason.

Entering Thursday, only the Minnesota Timberwolves found themselves more than three games out of a potential play-in spot.

“There’s maybe four teams that really don’t think they’ll make the playoffs,” one of the West executives said. “So who is gonna be selling?”

Want to forecast where your favorite NBA stars could wind up? Create your own deals with ESPN’s Trade Machine.

If teams have an outside shot at making a playoff push — particularly teams that haven’t made the postseason in years, such as the Chicago Bulls, Knicks or Sacramento Kings — then they might be less inclined to trade productive players who are currently helping them.

“Those teams that are in that 8-13 range in either conference — I think a lot of those teams want to make the playoffs,” said an Eastern Conference executive who believed those teams wouldn’t be inclined to make moves to weaken their 2020-21 teams.

Several executives also believed this could have an impact on the post-deadline buyout market, as teams who remain in the hunt for a playoff berth would rather hold on to those players to make a playoff push, instead of trying to get closer to the bottom of the standings. The league’s flattened lottery odds give teams less of an incentive to be as bad as possible. Just last year, the Charlotte Hornets finished 10th in the East before the restart (a spot that would’ve gotten them into the play-in this year) but jumped up to No. 3 in the draft after the lottery.

Also, the NBA remains a money-driven league, and the trade market is no exception. Multiple executives said how different teams approach their financial situations could have an impact on the number of deals this year, particularly at the lower levels.

In this pandemic-shortened season, each team lost five home games, and the ones they are playing are mostly being played without crowds. Some teams, such as the Golden State Warriors — who took on Kelly Oubre Jr.’s salary after losing Klay Thompson for the season to a torn Achilles — have already shown a willingness to take on money, regardless of the NBA’s economic reality. Other teams might end up in situations in which ownership directs the front office to find short-term savings wherever possible, creating a different group of sellers to feed the league’s buyers.

“Do I think it’s likely that turns into a flurry of deals? No,” another East executive said. “But I do think there’s some situations that, while things might get taken off the table because of all the uncertainty that’s going on, could actually come together because of it.”