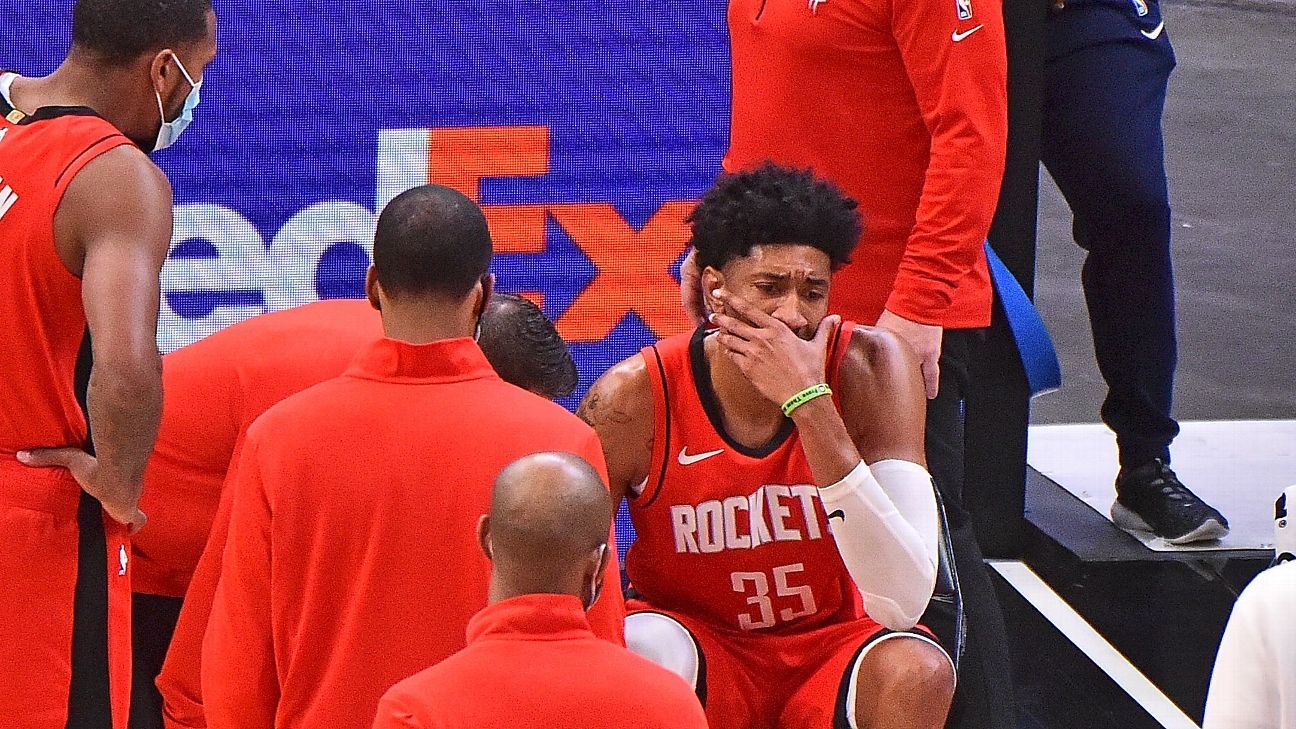 The Houston Rockets are concerned that star center Christian Wood could be sidelined for an extended period after injuring his right ankle for the second time in a span of less than three weeks, sources told ESPN.

Wood will have an MRI on Friday to determine the severity of the injury he suffered when he gruesomely rolled the ankle during the third quarter of Thursday’s 115-103 win over the Memphis Grizzlies, according to a source.

“I don’t know,” Rockets coach Stephen Silas said, regarding the severity of the injury. “It didn’t look great. It was unfortunate.”

Wood, who has emerged as an All-Star candidate by averaging 22.0 points and 10.2 rebounds per game in his first season with the Rockets, missed three games after spraining his right ankle on Jan. 20.

Wood re-injured the ankle while driving down the lane in transition against the Grizzlies. He landed awkwardly as he split Memphis defenders Dillon Brooks and Ja Morant, immediately going down in agony.

After getting back to his feet, Wood slowly limped off the floor during the ensuing timeout. He went to back on the court to attempt the free throws from a foul called on Morant, but John Wall and other teammates talked Wood into leaving the game. He limped off the floor with the assistance of teammates and was taken to the locker room in a wheelchair.

“It was difficult for me,” Silas said. “I had to like sit down and collect my thoughts and gather myself. As good as he’s been playing, I mean, really just like a breakout season and doing everything we needed him to do … Yeah, it sucks.”

3 moves the Golden State Warriors can make to turn their season around
Domantas Sabonis, Tyrese Haliburton trade has been a win-win
Jerry Jones responds to pointed criticism from LeBron James
Cavaliers’ Wade out month with shoulder sprain
Predicting where LeBron James will end up on the NBA all-time assists leaderboard