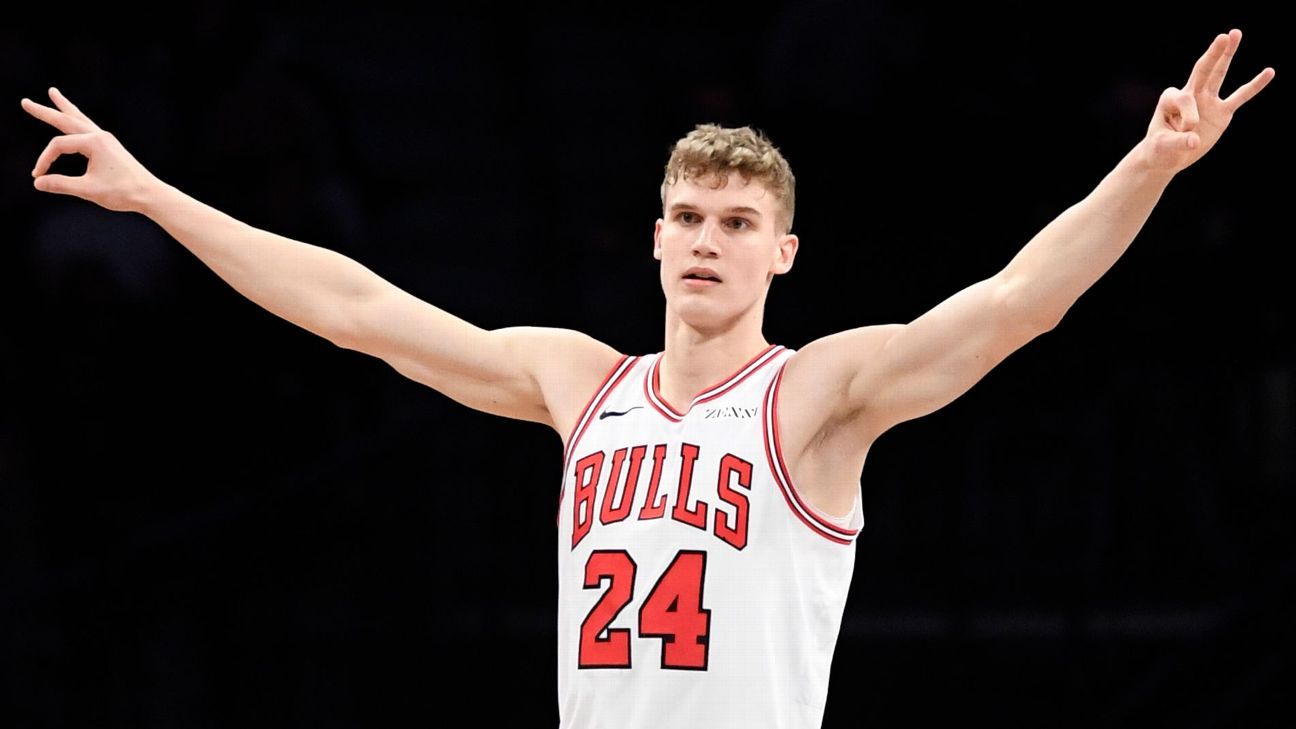 The Chicago Bulls were hit with another injury blow after an MRI confirmed that forward Lauri Markkanen will miss two to four weeks with a sprained shoulder.

The Bulls announced the injury Monday, saying that Markkanen has a sprained right acromioclavicular joint. He originally injured the joint at the top of the shoulder during Saturday’s victory over the Orlando Magic.

Markkanen, 23, is averaging a career-best 19.1 points and 6.1 rebounds on 51.4% shooting in his fourth season. The 7-footer also missed seven games earlier in the season due to the NBA’s health and safety protocols.

“We’ve just got to pick up where we fell off. Obviously, we are missing two real big keys to our offense and certain things like that,” Bulls forward Daniel Gafford said after Monday’s shootaround. “But, Lauri and Wendell, they’re pretty good guys and they already know that stuff happens.

“Guys that are coming in behind them, we’ve just got to step up and take their spots for the time being until they get back and they’re fully recovered.”

Jerry Jones responds to pointed criticism from LeBron James
Protests, bizarre news conferences and yams: Inside two ridiculous weeks with Kyrie Irving and the Nets
Stats show just how right it was to move Russell Westbrook to the bench
Bradley Beal re-signed with Wizards because no winning teams wanted him
Jaylen Brown dangerously appears to side with anti-Semitic movement supporting Kyrie Irving