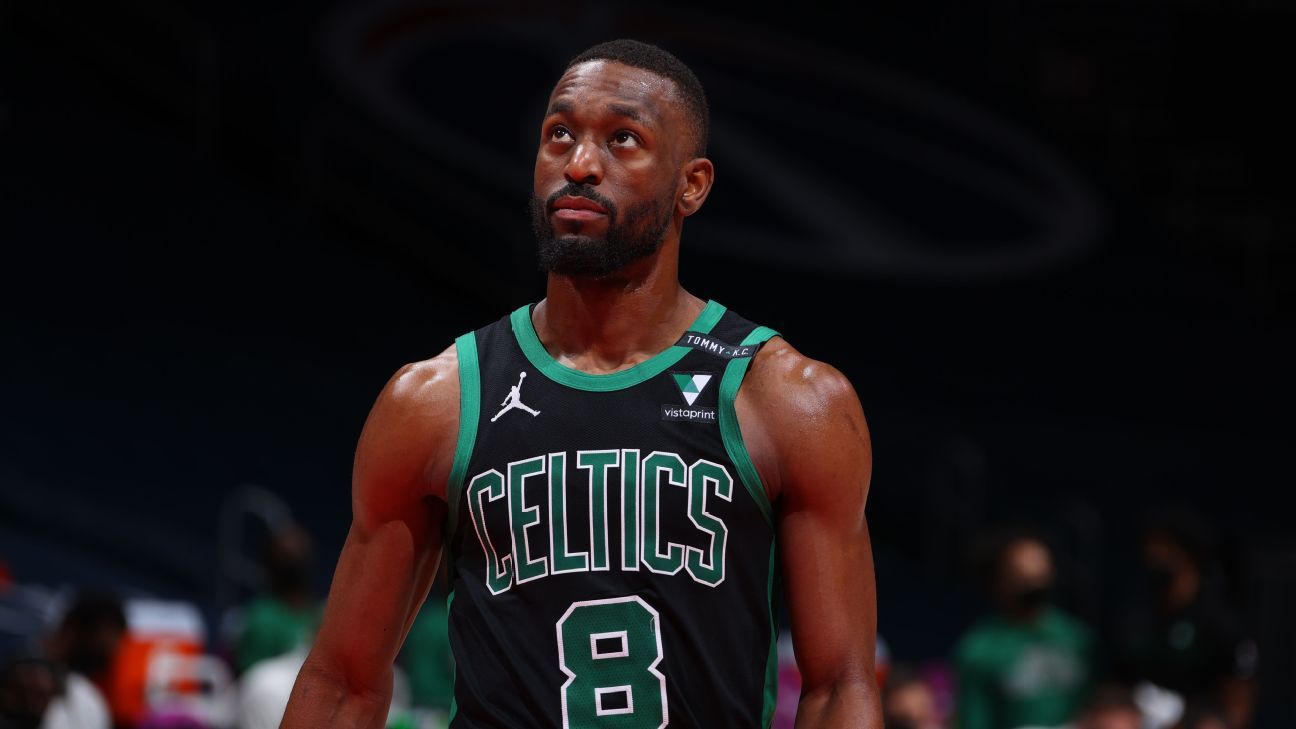 After the Boston Celtics suffered their worst loss of the season Sunday afternoon — a 104-91 drubbing at the hands of the Washington Wizards, who entered Sunday with the worst record in the Eastern Conference — star Kemba Walker had a simple diagnosis for his team’s malaise.

“When you play hard, great things happen. And right now, it just hasn’t been consistent, our play. So like I said, we’re going to continue to watch film and learn from our mistakes and get better.”

The Celtics are now 13-13, the first time they are .500 or worse this late in the season in six years. The defeat was made worse by the fact it came on the heels of a loss to the Detroit Pistons at home Friday — who had been the worst team in the East before leapfrogging Washington by beating the Celtics.

An optimist could attempt to downplay Friday’s result due to it being the second half of a back-to-back against a rested opponent. There was no such excuse Sunday, as the Wizards improved to just 3-14 this season when Russell Westbrook is in the lineup by controlling play throughout, particularly in the second half.

While the Celtics made a late run in garbage time to make the final score look respectable, the Wizards — who entered Sunday with the NBA’s 29th-ranked defense — led by close to 20 points for most of the second half as Boston clanged one jumper after another.

Boston had a span of nearly 21 minutes from the middle of the second quarter to the beginning of the fourth that included 13 consecutive misses from everyone on the team other than Walker and Brown.

“It could be,” Brown said, when asked if this weekend could be considered rock bottom for the Celtics. “It’s up to the mentality of everybody, how we come in every day and prepare to work.

“If you let it be a rock-bottom mentality, then that’s what it’s gonna be. [If] you come to play, then it’ll show. And today, we weren’t very good.”

Playing without Marcus Smart, who has missed the past two weeks with a calf strain, the Celtics’ lack of depth — particularly on the wing — and scoring punch has been exposed.

Outside of rookie Payton Pritchard, who has impressed and carved out a guaranteed spot in coach Brad Stevens’ rotation, no one on the bench has been capable of providing consistent scoring. Veteran Jeff Teague, who was brought in to back up Walker, has been awful, shooting a paltry 28.6% on 2-point shots. He has been a healthy scratch in the past two games Walker has played.

While Pritchard has quickly earned Stevens’ trust, Boston’s lottery pick, Aaron Nesmith, has not. He did play Sunday, finishing with five points and five rebounds in 29 minutes, but has been noticeably absent from the rotation this season despite Boston repeatedly being short on wing players.

To that end, Nesmith’s 29 minutes Sunday make up 20% of his time on the court all season long.

After the game, Stevens pointed to garbage time, when the end of Boston’s bench made a run to make the final score more respectable, as something to build on moving forward.

“There’s a lot,” Stevens said, when asked what needs to improve for the Celtics to get back to playing the way they are used to. “We just have to be better at controlling the things that we can control, playing together the right way on both ends of the court.

“If our team can play more like that last five minutes, then we can be as good as we can be. If not, we will be average … We have to play well to win. It’s not like we are going to roll the balls out and win that game. We have to play well, so when we don’t play well, and we don’t take care of the little things, we definitely have no chance.”

After this weekend, the Celtics — who have now lost four of their past five, and seven of their past 10 — will be aspiring to get back to average play, but things won’t get any easier with MVP candidate Nikola Jokic and the Denver Nuggets visiting Boston on Tuesday.

As Boston takes the next 48 hours to prepare for that game, Stevens — like Walker — said playing hard is going to be a prerequisite for anyone who wants to see the floor outside of the team’s mainstays.

“I think we’ve got to look at everything,” Stevens said. “I know we’ve talked a lot about lineups and consistency and who plays and who doesn’t play, guys that really move the ball or guys that really run the spots and really execute hard have probably got to be the priority, playingwise, for now around our very best players. And I think that that’s where we’re gonna have to get to, because that’s clearly an issue.”