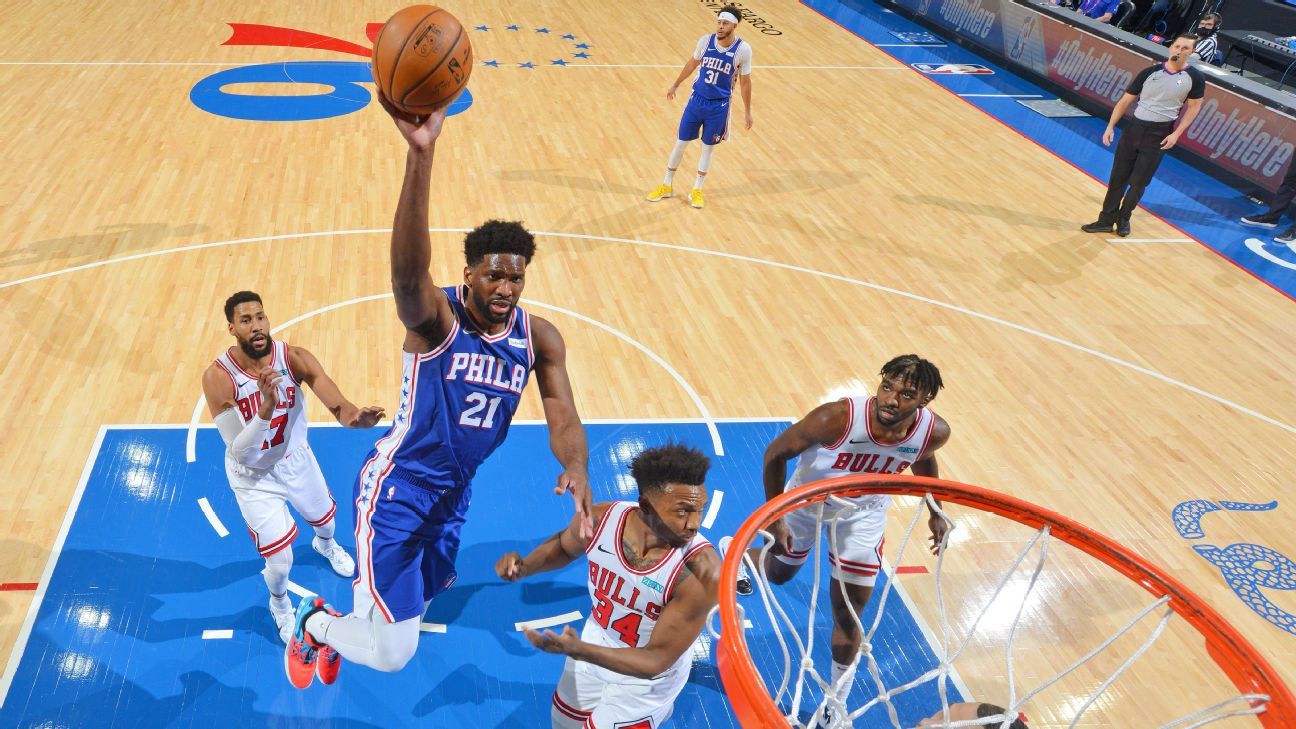 In a season full of dominant performances for Philadelphia 76ers center Joel Embiid, none have been more dominant than the display he put forth Friday night against the Chicago Bulls.

Embiid finished with a career-high 50 points to go along with 17 rebounds, five assists, two steals, four blocks and just two turnovers in 35 minutes, as Philadelphia held off visiting Chicago to claim a 112-103 victory that pushed it to 20-10 on the season.

“We had to pull it off,” Embiid told ESPN’s Cassidy Hubbarth afterward. “If I am who I think I am, I’ve got to get the job done. That’s my job. That’s why they pay me.”

Embiid was utterly dominant throughout, capping his night with an absurd stepback jumper in the corner to make it 109-103 with 41.8 seconds to go.

After the play, Embiid turned to the empty stands inside Wells Fargo Center and raised his hands to the ceiling — though instead of the usual thunderous waves of applause he’d get from the partisan Philadelphia fans, he instead could only imagine what that might sound like.

He’d later split a pair of free throws with 29.2 seconds to officially set his career high, breaking his prior mark of 49 points.

“I mean we did it as a team,” Embiid said, when asked what led to his career night. “It wasn’t a one-man effort. We all won together. My teammates found me, I found them, we shared the ball, and we actually played better D than we played the past couple games which made me happy. It stars on defense, and I’m pretty happy with what we did on that end.”

Despite Embiid’s dominance, the Sixers still struggled to put away the Bulls (12-16), who got 30 points from Zach LaVine — though on 9-for-28 shooting — and had six players in double figures. Philadelphia, playing without star guard Ben Simmons (illness), got a combined 85 points from Embiid, Tobias Harris (22) and Danny Green (13).

“We needed every one of them,” Sixers coach Doc Rivers said of Embiid’s 50 points.

The win, meanwhile, ensured Rivers would be in charge of Kevin Durant‘s team in next month’s All-Star Game, as Philadelphia clinched having the best record in the Eastern Conference through the end of this weekend’s games.

Rivers, though, was less enthusiastic about that than he was Embiid’s dominant performance.

“I’m trying not to get in trouble,” Rivers said with a laugh. “I’m excited for our team.”