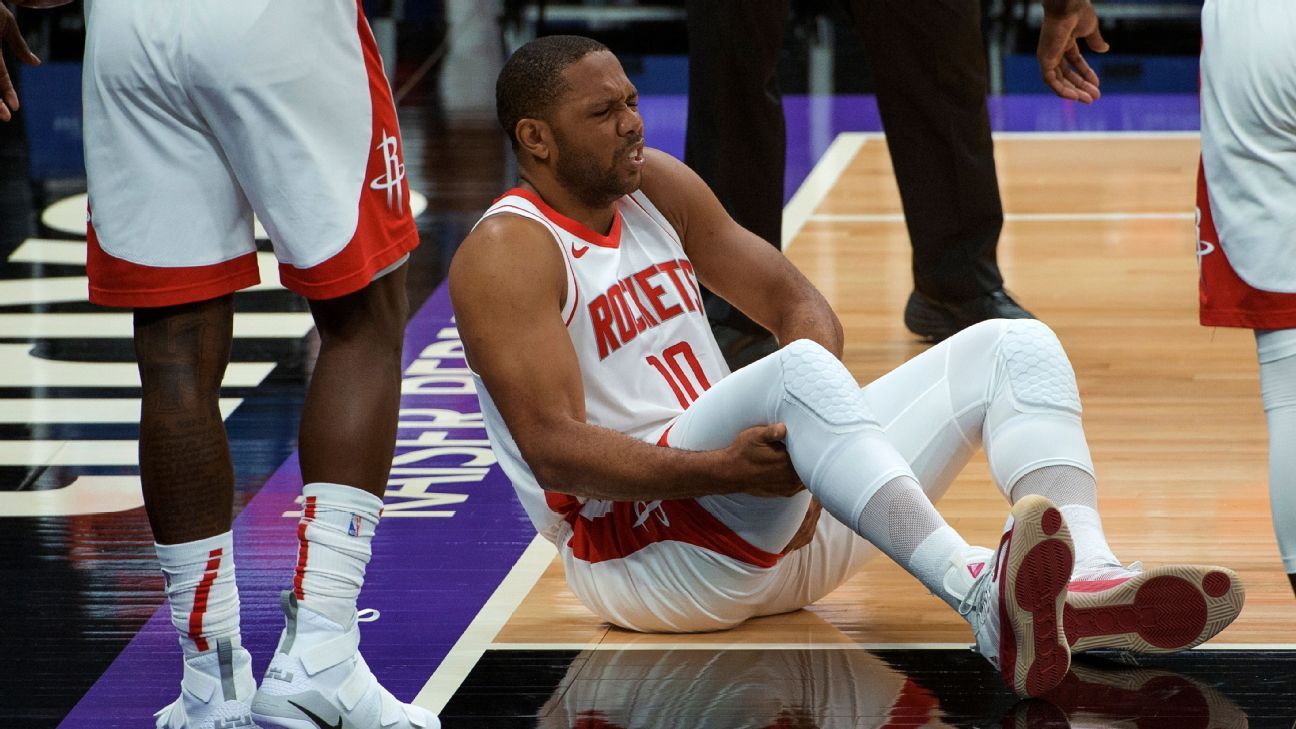 Gordon suffered the injury in a loss to the Sacramento Kings on Thursday night, the franchise’s 14th consecutive this season. He’s averaging 17.8 points a game for the Rockets, who dropped to 11-24 and 14th in the Western Conference.

Gordon, 32, had been a target of several teams ahead of the March 25 trade deadline, but the injury largely assures that he will finish his fifth season in Houston.

Gordon was the NBA’s Sixth Man of the Year in 2017, and has averaged 16.6 points in 13 NBA seasons with the LA Clippers, New Orleans Pelicans and Rockets.

The Rockets separated with forward P.J. Tucker on Thursday night until a trade can be found and have had guards John Wall and Victor Oladipo in and out of the lineup with injuries. Starting center Christian Wood is expected to return to the lineup in the near future.

LeBron ’20-’21 Logoman card sells for $2.4 million
The Rockets are loaded with picks, projects and heaps of patience
NBA Draft: It took 1 pick for fans to get mad at ESPN’s Adrian Wojnarowski
3 Celtics who won’t be back next season after NBA Finals loss
The Whiteboard: 5 most irresponsible 2022 NBA Draft prospect comparisons