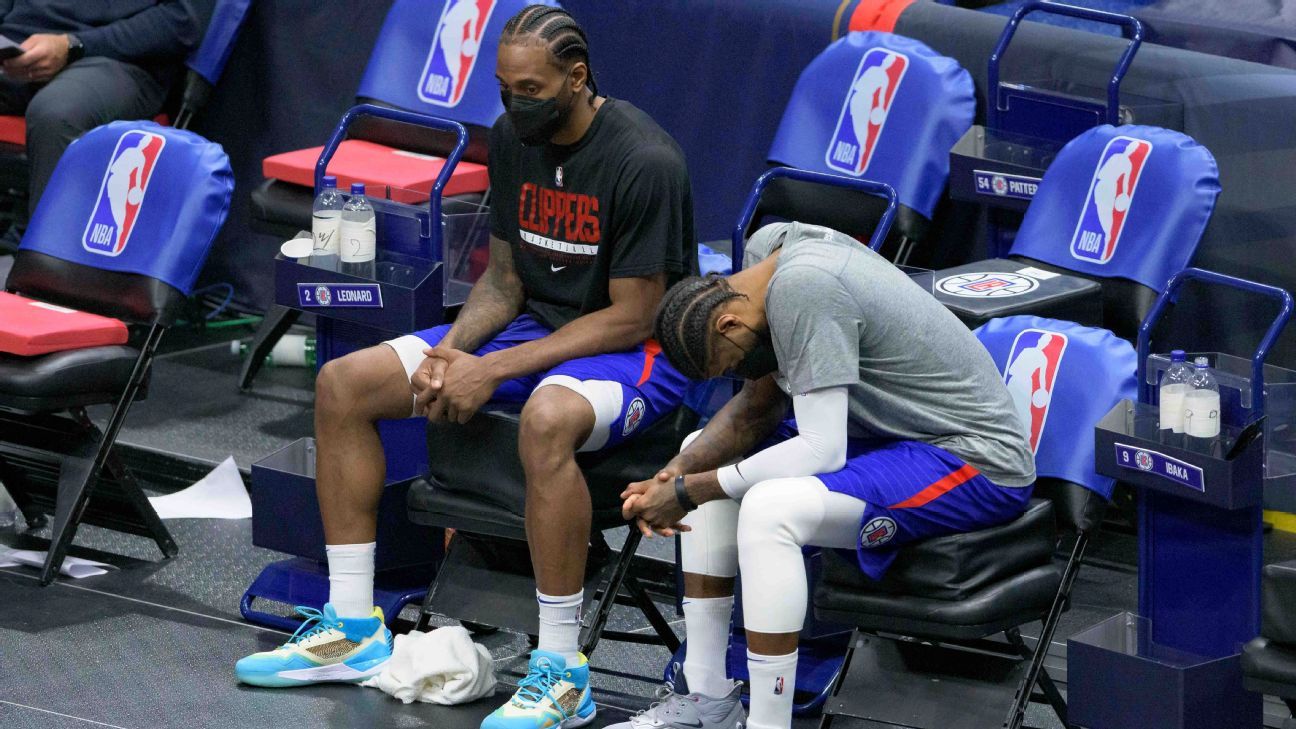 After the LA Clippers failed to respond and were routed by a more aggressive and hungrier New Orleans Pelicans squad on Sunday night, Kawhi Leonard said his team’s lack of consistency is “very concerning.”

The Clippers never led and trailed by as much as 33 before falling 135-115 to the up-and-down Pelicans in New Orleans. While the Clippers were without Patrick Beverley (knee) and lost a second starter in Serge Ibaka for the second half due to lower back tightness, Leonard has not liked what he’s seen.

The Clippers, a team expected to contend for a championship, have lost five of their past seven games. Since starting the season 21-8, the Clippers (25-15) are just 4-7.

“It’s very concerning,” Leonard said when asked what his level of concern is at over the slippage. “(If) we want to have a chance at anything, you gotta be consistent. You know, that’s what the great teams do, they’re consistent. They have their nights when, you know, the energy’s not there. But it’s all about consistency, from teams, to players, to coaches. That’s what makes a team great, players great, coaches great. A consistency of being, wanting to win, and doing pretty much the same habits of winning.”

Clippers coach Ty Lue was as angry as he has been this season following a loss. The Clippers allowed New Orleans (17-22) to score 36 points and shoot 14-for-21 in the first quarter to fall behind by 12. Lonzo Ball, Zion Williamson and Brandon Ingram combined to outscore the entire Clippers team, 25-24, in the first quarter.

“Teams are going at us and we got to put up more resistance,” Lue said. “I am not discouraged. Because we have shown what we can do and we can play at a high level. But we got to do it every single night. We can’t keep talking about it. We got to f—ing… sorry, we got to do it.”

The only other time the even-keeled Lue was this frustrated after a loss was when the Clippers were drilled by a more physical and aggressive Grizzlies team in Memphis during a 122-94 defeat on Feb. 25. That loss not only marked the start of this current stretch of poor play, but the Clippers opened that game and this loss to New Orleans in similar fashion.

“That’s exactly what it felt like,” Lue said of that defeat at Memphis. “That’s what our coaching staff was talking about. They were more physical than us, they were tougher than us, and you saw the results. We just gotta be better.

“We gotta be more physical, gotta have defensive mindset at the start of every game, I don’t give a hell, I don’t care who you playing.”

After that 28-point loss to the Grizzlies, the Clippers bounced back and beat Memphis by 20 the next game. But they followed that with three straight losses entering the All-Star break.

The Clippers appeared to get back on track by blowing out Golden State 130-104 at home last Thursday. But then came Sunday night’s dismal effort without Beverley, who often gives the Clippers an attitude and energy.

“If (Beverley’s) here or not … everybody has to do it,” Leonard said of bringing the energy. “Can’t rely on one person.”

The Clippers play on Monday against Luka Doncic and the Dallas Mavericks for the first time since the Mavericks destroyed them in Los Angeles 124-73 in the third game of the season.

“If we play like this again tomorrow, it can be another 50-point loss,” a frustrated Lue said. “So we got to be ready, got to be prepared. And we got to have our stuff together man.”