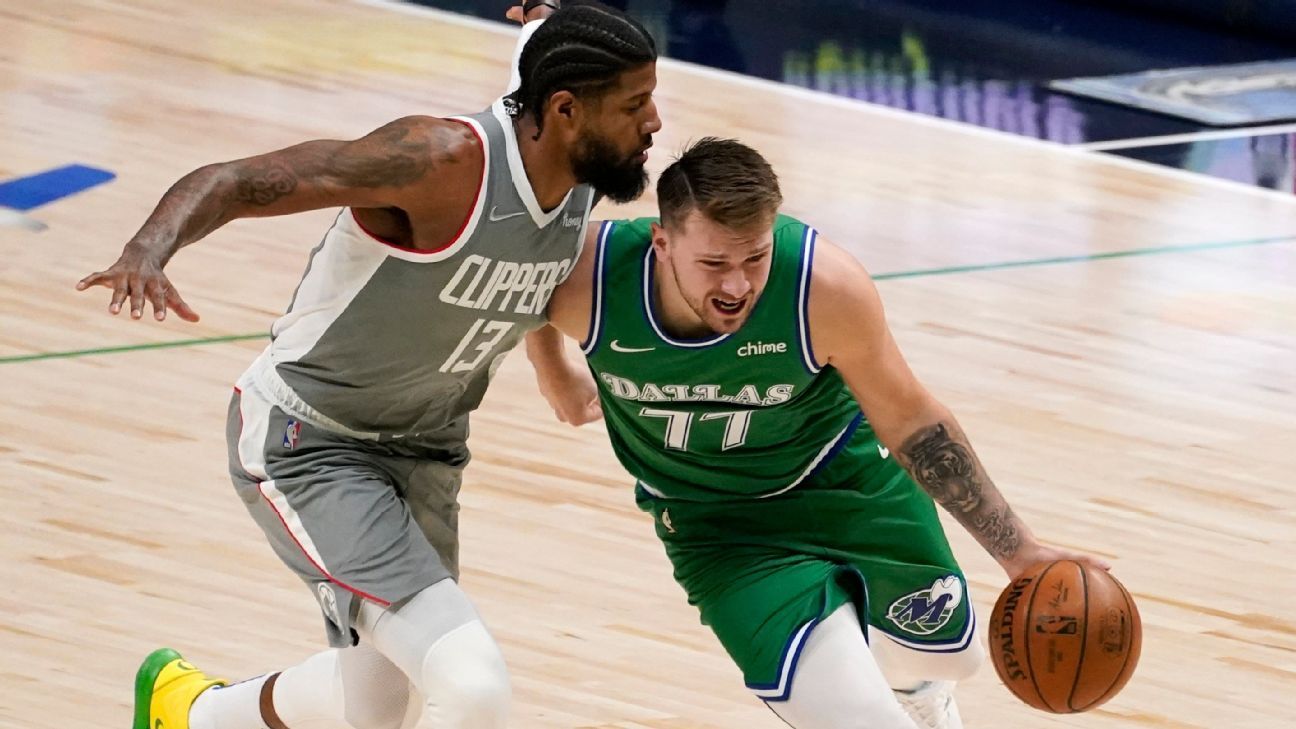 DALLAS — Sometimes it doesn’t matter who defends Luka Doncic. Case in point — or 42 points, actually — Paul George, the LA Clippers superstar whose name always comes up in conversations about the NBA’s premier perimeter stoppers. Doncic made the four-time All-Defensive selection look foolish on numerous occasions during his masterful performance in the Dallas Mavericks ‘ 105-89 win Wednesday.

Doncic, who finished with 42 points on 16-of-28 shooting and nine assists, didn’t do all his damage against George. Kawhi Leonard didn’t have any luck on him, either. Neither did Nicolas Batum. Or anyone else the Clippers threw at the 22-year-old All-Star. And it wasn’t for a lack of effort.

“For the most part defensively, I thought we did a good job even though Luka torched us,” Clippers coach Ty Lue said.

George got the worst of it. According to Second Synergy data, half of Doncic’s points came when he was matched up with George in the halfcourt. Doncic had 21 points on 15 shots — on 70% effective field goal percentage — and dished out five assists with no turnovers when guarded by George.

The play that produced the most gasps was probably a Doncic miss. If Doncic swished that particular stepback shot, it would have been a viral highlight within seconds, as he slammed on the brakes and crossed over so suddenly that George stumbled to the hardwood, putting both hands down to break his fall as Doncic released the shot.

It wasn’t quite as nasty as James Harden’s crossover and stepback a few years ago that caused former Clipper Wes Johnson to involuntarily take a seat in the middle of the court. But this was against Paul George, not some journeyman.

Doncic’s last bucket, a dagger floater with 1:27 remaining, came after another move that made George’s hand go to the ground to prevent himself from falling. This was a behind-the-back crossover on the right wing, where George stayed after regaining his balance, getting a nice view of Doncic finishing in the lane.

“I’m not going to say anything about Paul George, who may have slipped on the floor or something like that, but Luka’s a great player,” Mavs coach Rick Carlisle said, emphasizing the respect he had for George and the Clippers. “He has the ability to make these stop-on-a-dime plays that are really exceptionally special.”

There aren’t many answers for Doncic when he’s shooting efficiently from 3-point range, which he’s done on a regular basis recently. Doncic has shot 43% from deep in his last 14 games — and 50.5% from the floor overall — averaging 30.5 points and 9.2 assists in that span. Not coincidentally, the Mavs have won 11 of 14 games, marching back into the Western Conference playoff picture after falling five games under .500.

It’s no secret that Doncic wants to shoot stepbacks going to his left, particularly from the left wing. The Clippers know that better than anyone, considering it’s the shot and spot of Doncic’s unforgettable overtime buzzer-beater to punctuate a 43-point triple-double in a bubble playoff victory over LA.

Yet Doncic was still 6-of-11 from 3-point range Wednesday, including a four-point play when he paused after stepping back, leaned in and drew contact from Leonard as he let the shot go.

“At times we let him get to the left stepback too much, and he got comfortable,” Leonard said. “He got hot and made shots, and it’s hard to turn off that water once a great player like that gets rolling.”