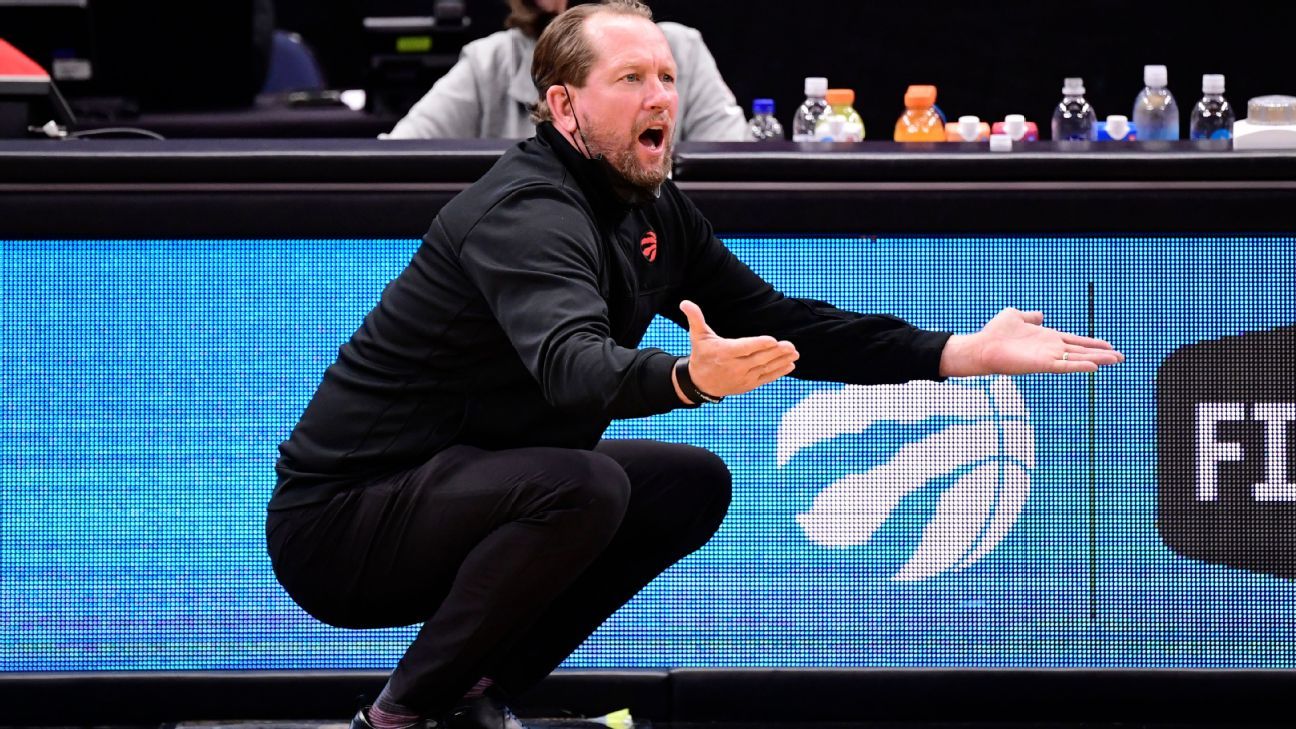 TAMPA, Fla. — The NBA has fined Toronto Raptors coach Nick Nurse $50,000 for throwing his facemask behind the scorer’s table and toward the stands, plus for directing profanity toward game officials before leaving the floor at the end of a game Friday night.

The league announced the fine Sunday.

After the game, Nurse said it “just didn’t seem like they were going to let us win tonight,” without offering specifics. The 27-shot difference in free throw attempts between the teams was the second largest in the NBA this season, topped by the 28-shot difference Houston had over Golden State on Wednesday.

Entering Sunday, the Raptors were shooting 4.5 free throws per game fewer than opponents this season, the second-largest disparity in the league. Chicago takes 5.0 fewer per game than its opponents.