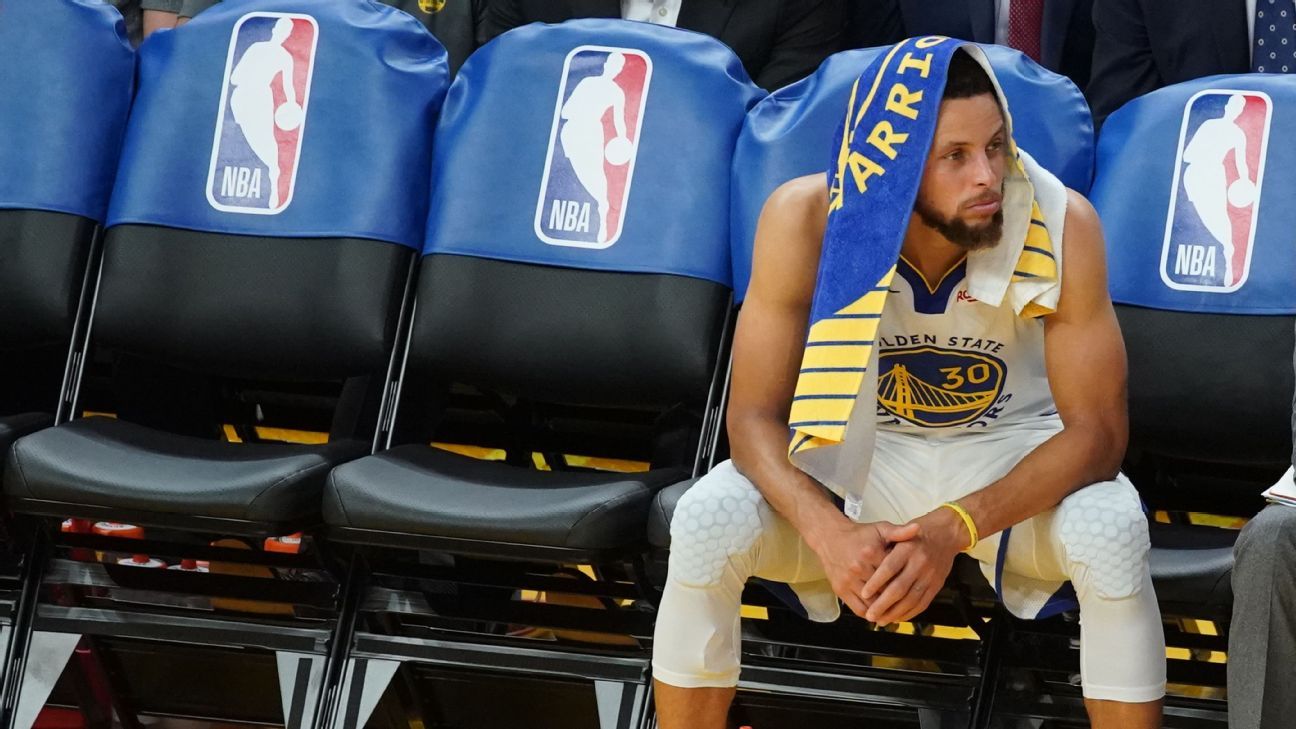 SAN FRANCISCO — Golden State Warriors star guard Stephen Curry will miss at least another week as he continues to recover from a bruised tailbone.

Warriors coach Steve Kerr said that Curry underwent an MRI on Tuesday morning that showed inflammation and led to the organization’s decision to keep him out for at least four more games.

“We’re going to re-evaluate in a week,” Kerr said prior to Tuesday night’s game against the Philadelphia 76ers. “He got an MRI this morning and it showed inflammation in that tailbone. He had made some progress the first couple of days just resting and then he did a little bit more work [Monday] and was still pretty sore. So our training staff and Steph put their heads together and decided this is going to be a little bit longer than we thought and hoped. So we’ll re-evaluate in a week.”

Curry suffered the injury after tripping over a riser and falling hard on his tailbone after taking an off-balance 3-pointer at the end of the third quarter in Wednesday’s 108-94 win over the Houston Rockets. The Warriors were initially hopeful that Curry would return shortly after the injury, but the MRI was the latest setback for a team that has dealt with several injuries and COVID-19 protocol absences recently.

Young big men James Wiseman and Eric Paschall were set to return Tuesday after missing the last week because of COVID protocols. Kerr also noted that the 19-year-old Wiseman will likely start down the stretch for the Warriors.

“I anticipate James is going to start the rest of the season,” Kerr said. “That’s the thought. You never know how things play out, but there’s 29 games left, it feels like a good time to get him into the lineup and we’ve tried a lot of different lineups this year as you well know. Not so much starting lineups, we’ve been pretty consistent with four starters, but we’ve tried a lot of different rotations, we just feel like after 40 plus games — 43 games, James has come along really well. He’s picked up a lot of the concepts, it’s really important now, especially given the absences, missing the 10,11 games with the wrist, the last three games with COVID protocol, he needs to be out there.”

Wiseman has had a mixed rookie season that has included flashes of the major talent that made him the No. 2 overall pick in the 2020 NBA draft. He has also been inconsistent on both ends of the floor and dealt with a wrist injury that sidelined him almost a month. He was pulled out of the starting lineup earlier in the season for veteran Kevon Looney.

“Earlier in the season when I made the switch to Loon, I felt like that was the right thing to do competitively and rotationally and I think we did pretty well,” Kerr said. “Our defense got a lot better, rotations improved, but this feels right now. This feels like the right time to do this. And it would be great for James to get a really good stretch here over the last 29 games.”

Kerr also figures to give second-year guard Jordan Poole an even bigger look with Curry out. Poole started in Curry’s place Tuesday and is averaging 20.9 points a game this month after being recalled from the G-League bubble.