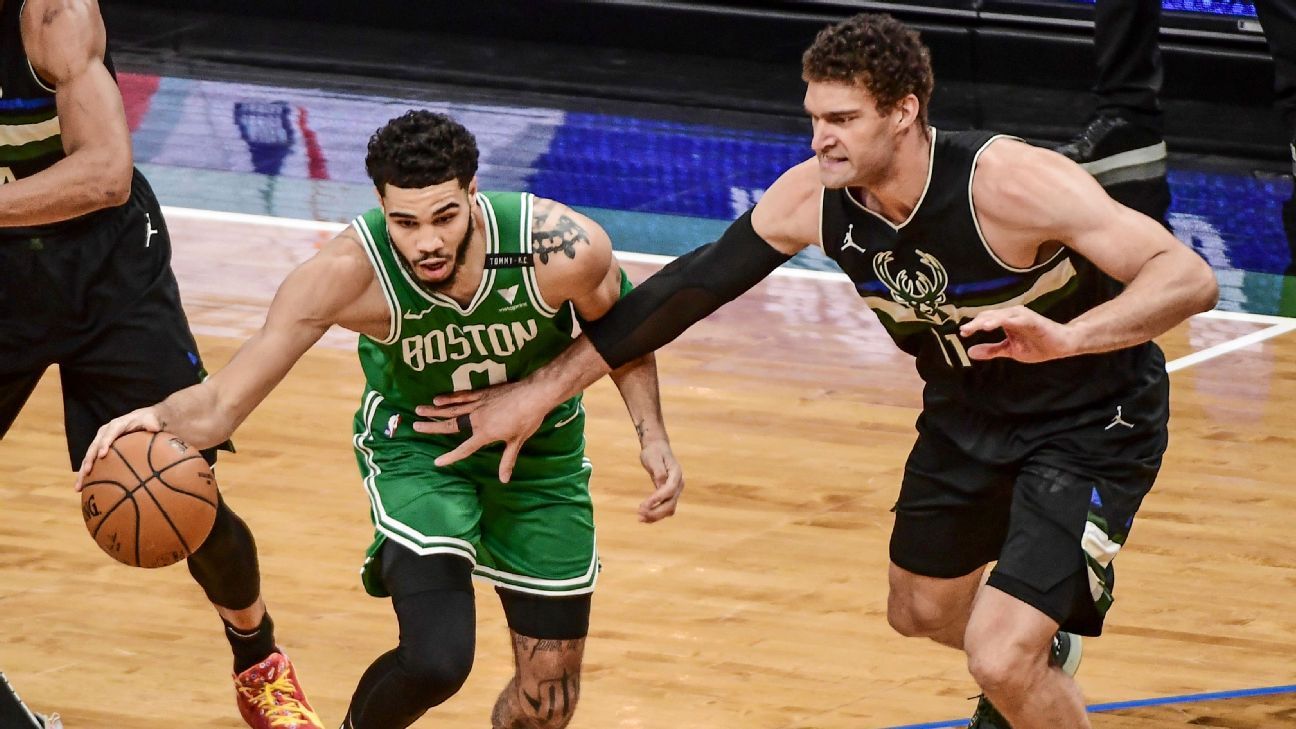 The NBA’s trade deadline is officially in the rearview mirror and most of the top players to hit the post-deadline buyout market have already landed with their new teams. That means the league’s collective attention shifts from player movement to movement in the standings, and how the key races will shake out over the final 48 days of the regular season.

This is the first season in which each of the top 10 teams in each conference will qualify for at least a play-in round, giving more teams than ever something to play for down the stretch.

Every night for the rest of the season, there will be at least one game with some impact on key standings battles. Here’s a breakdown of the most important, starting with the top of the East.

Stephen A. Smith explains why he’s not a fan of the Nets adding LaMarcus Aldridge and Blake Griffin.

The Philadelphia 76ers, Brooklyn Nets and Milwaukee Bucks have separated themselves from the rest of the Eastern Conference. The team that emerges from that group to finish with the East’s best regular-season record gets two key benefits.

First, they’ll get home-court advantage at least until the NBA Finals. Second, and perhaps more importantly, the top seed among those three teams gets to avoid facing the other two until at least the conference finals.

While there are several intriguing teams lower in the standings, including the Miami Heat and Boston Celtics, right now every team in the East playoff picture aside from the trio at the top is hovering around .500. For a team like the 76ers, who currently lead the Nets by a half-game, getting to face one of those middling teams in the second round would be a huge advantage over having to play an earlier playoff series against Milwaukee or Brooklyn.

All three teams at the top have made recent moves to strengthen their rosters for the stretch run. The Bucks traded for forward P.J. Tucker, the 76ers traded for guard George Hill and the Nets added bigs Blake Griffin and LaMarcus Aldridge after they were bought out by their previous teams.

The Nets visit the 76ers on April 14 (7 p.m. ET on ESPN), while the Bucks face the Sixers twice in a row, April 22 (7 p.m. ET on TNT) and April 24 (3:30 p.m. ET on ESPN). While the outcome of those games could play a major role in the final order of this trio, ESPN’s Basketball Power Index (BPI) gives the Sixers the inside track to keep the top spot, in part because Philadelphia has the fifth-easiest schedule remaining, significantly ahead of Milwaukee (14th) and Brooklyn (19th).

When the NBA resumed play last season, the league added the wrinkle of a play-in game for the final playoff spot, if the eighth and ninth place teams were separated by four games or less in the standings after the seeding games. That wasn’t the case in the East, where the Washington Wizards faded badly in the bubble, so this will be the first year that fans see an Eastern Conference play-in game.

And getting to that point could be complete chaos.

BPI projects that the Celtics and Heat — last year’s Eastern Conference finalists — will finish fourth and fifth, respectively. Boston added Evan Fournier and Miami picked up Trevor Ariza, Victor Oladipo and Nemanja Bjelica ahead of the trade deadline. The Hornets, meanwhile, are projected to finish sixth, and make the playoffs for the first time in five years.

The Bulls, on the other hand, are projected to finish 11th, missing the play-in entirely, despite making a pair of deadline day deals to add All-Star Nikola Vucevic and big man Daniel Theis.

Things aren’t quite as chaotic in the West, where a stratification has developed between the top six teams and the rest of the playoff hopefuls.

The ninth-place Memphis Grizzlies and 10th-place Golden State Warriors are looking to hold off the surging Sacramento Kings and New Orleans Pelicans, with those four teams separated by just two games. While both Sacramento and New Orleans traded away players at the deadline — Nemanja Bjelica and JJ Redick respectively — they held on to other players in hopes of making a playoff push.

The 7/8 game isn’t out of reach for any of those teams either, with the seventh-place Dallas Mavericks just 1 ½ games up on Memphis. In fact, BPI projects that the Warriors will most likely end up in the 7-8 game against the Mavs, with the Pelicans and San Antonio Spurs most likely to face off in the 9-10 game.

Where will the Lakers wind up?

As recently as March 18, the Los Angeles Lakers were second in the West, having pulled to within 1 ½ games of the Utah Jazz. The idea they could end up in the play-in tournament was laughable. But then LeBron James went down with a high ankle sprain and joined fellow superstar Anthony Davis on the sidelines.

Suddenly, the defending champions looked vulnerable, dropping four games in a row before pulling out a pair of home wins against two of the league’s worst teams, the Cleveland Cavaliers and Orlando Magic. Now, the Lakers are as close to the seventh-place Mavericks as they are to the top-seeded Jazz, and the idea of a short-handed Lakers squad falling into a play-in spot isn’t as far-fetched.

James is set to be out for several weeks. Davis, who has been out with a calf strain and tendinosis in his right leg, has only just resumed on-court activities. Neither star will be coming back to help anytime soon, which doesn’t bode well for the team’s offense. The Lakers rank 23rd in the league in scoring since Davis left the lineup in mid-February, and 29th in the five games both James and Davis have missed.

They did get a boost over the weekend with the addition of Andre Drummond, who averaged 17.5 PPG in Cleveland this season before being bought out.

The Lakers have the league’s second-hardest remaining schedule, and the two teams directly behind them in the standings — the Denver Nuggets and Portland Trail Blazers — both made moves to improve at the trade deadline. ESPN’s BPI currently projects the Lakers to hold on to the fourth spot in the West, but pulling that off with both of their stars out will not be easy.