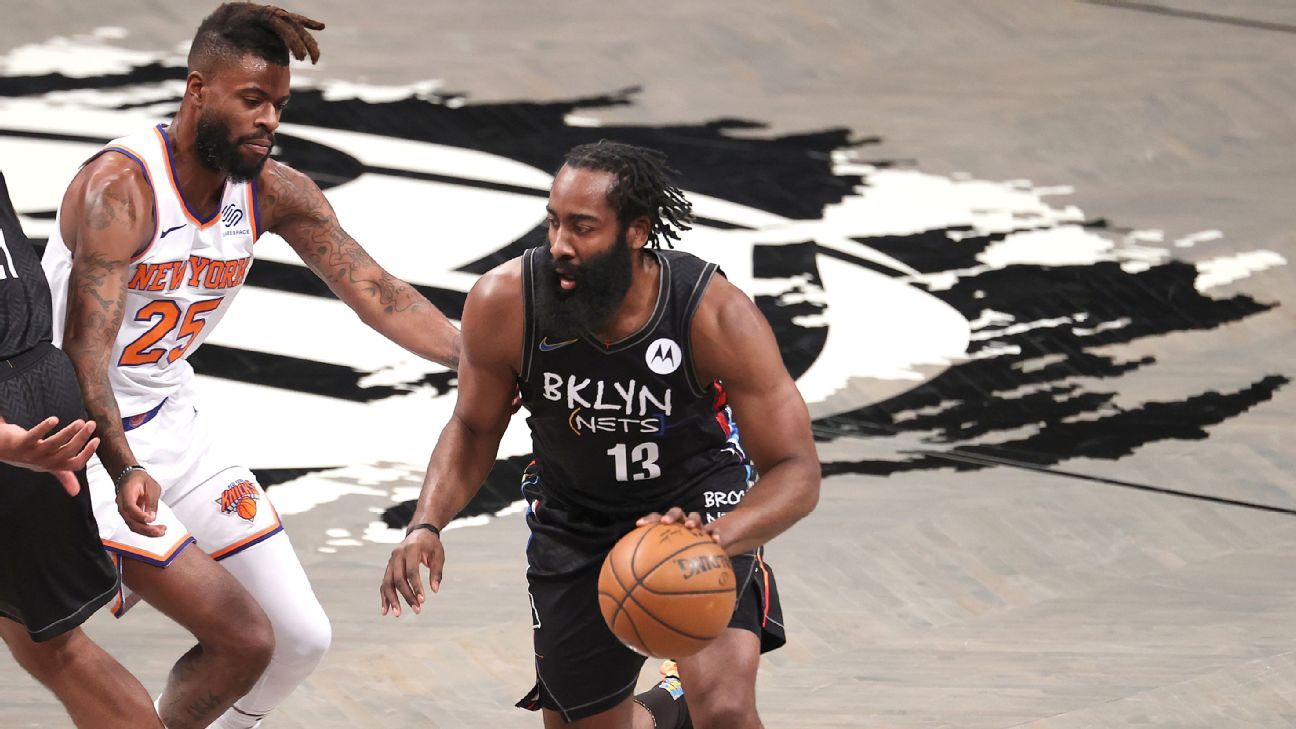 NEW YORK — Brooklyn Nets star James Harden played just four minutes before he was ruled out for the remainder of Monday night’s game against the New York Knicks because of right hamstring tightness.

Harden’s brief return came after he missed the Nets’ past two games while dealing with the same tightness.

Before the game, Brooklyn coach Steve Nash said Harden would not be on a minutes restriction and the team would monitor him throughout the night.

“We definitely don’t want to wear him out,” Nash said before tipoff. “So we’ll try our best, which is very difficult to do sometimes. We’ll try to limit his minutes if we have the opportunity.”

Nash reiterated that the imaging on Harden’s hamstring did not reveal structural damage, so the team looked to him and its training staff to decide when he felt well enough to play.

“I think he’s just in a position where there was fatigue,” Nash said. “And the scan was clear, and he’s completed some workouts and feels good to go.”

The Nets were already without Blake Griffin (injury maintenance), Kevin Durant (hamstring strain), Tyler Johnson (knee soreness) and Landry Shamet (ankle sprain). Nash said that he does not anticipate playing Griffin in both halves of any remaining back-to-back games.

Harden, one of the frontrunners for league MVP, is averaging 26.1 points, 8.9 rebounds and 11.2 assists for the Nets.