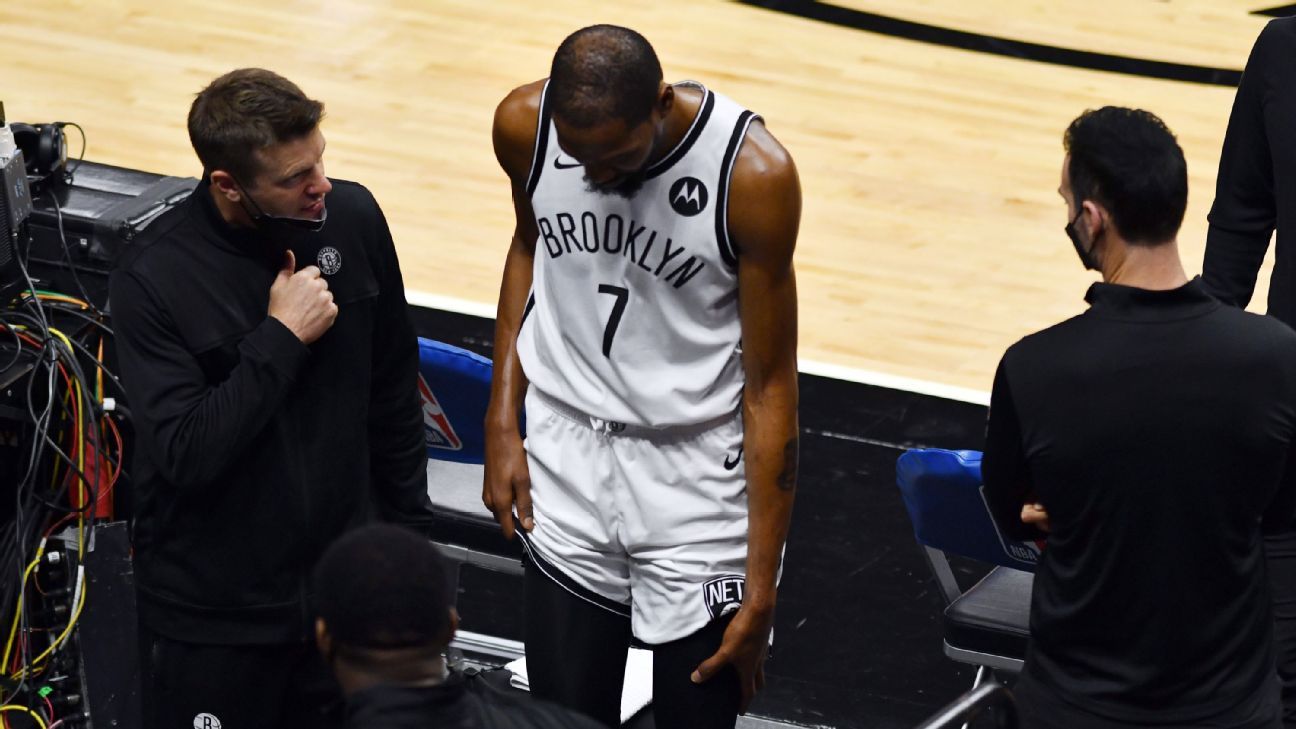 Brooklyn Nets star Kevin Durant suffered a left thigh contusion in the first quarter Sunday against the Miami Heat and has been ruled out for the remainder of the game.

Durant appeared to get tangled with Miami’s Trevor Ariza when he drove toward the basket for a layup in the first quarter. He left the game and was examined by a trainer before heading back to the Nets’ locker room.

Durant exited the game with eight points in just over four minutes. He had yet to miss from the field.

“We’re kind of used to it now,” Nets coach Steve Nash told ESPN’s Israel Gutierrez. “We’ve had a lot thrown and us, different lineups. Obviously, we miss Kevin dearly when he doesn’t play, but we’ve been able to scramble and adapt this year.”

Durant, who has had several bouts with injury this season, returned to the Nets on April 8 against after missing nearly two months with a right hamstring strain.

The Nets continue to be without James Harden, who has missed a week and a half with a right hamstring strain. Harden worked out in Miami on Saturday and is progressing toward a return, Nash said.

The Nets’ Big Three of Durant, Harden and Kyrie Irving have played just seven games together this season.

Sources: 76ers trading No. 23 for Grizz’s Melton
Bulls offseason primer: Everything you need to know
Ballmer touts Clips’ title hopes ‘if we stay healthy’
Warriors: 3 moves to make after the NBA Draft
Sources: Hawks get All-Star Murray from Spurs