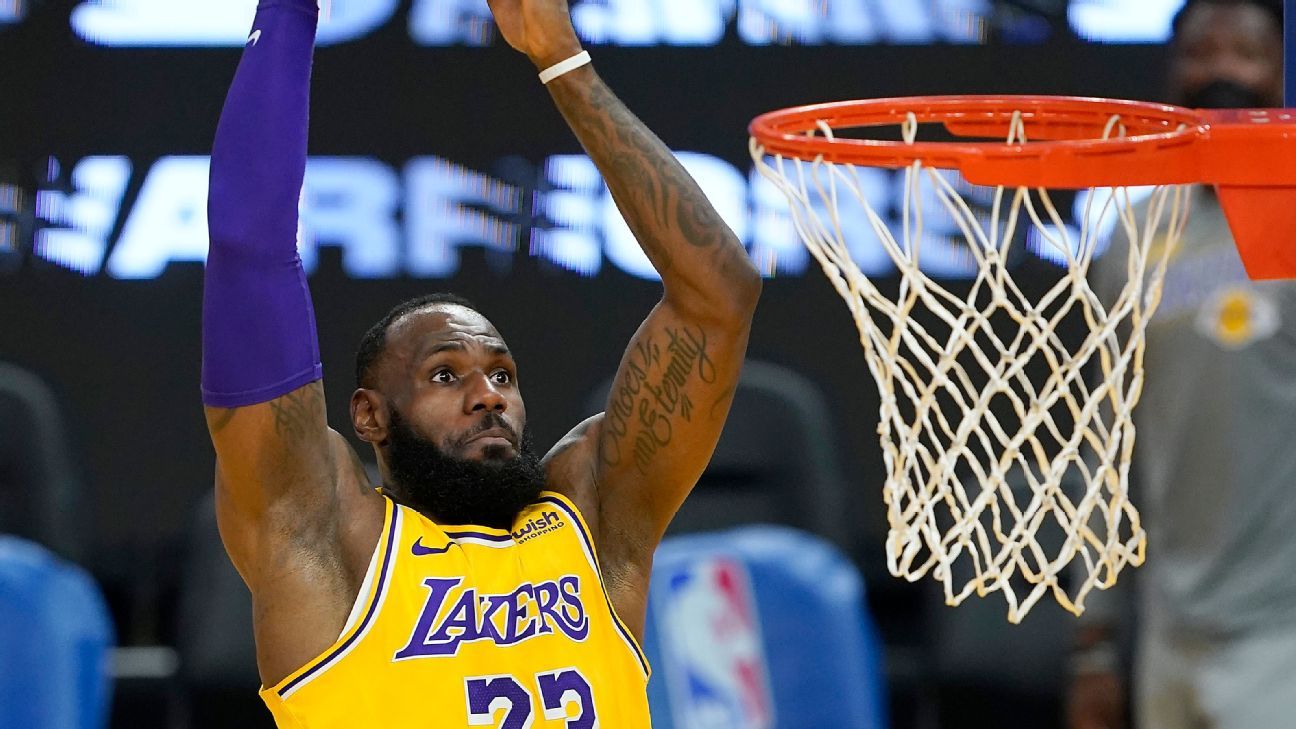 LeBron James will sit out the Los Angeles Lakers‘ game against the Denver Nuggets on Monday night at Staples Center to rest his right ankle, sources tell ESPN’s Adrian Wojnarowski and Ramona Shelburne.

James aggravated the ankle in the fourth quarter of Sunday’s 121-114 loss to the Toronto Raptors at Staples Center. He was held out of the final 6 minutes, 42 seconds on Sunday after experiencing soreness in the ankle.

James will now have three days of rest before the Lakers’ next game, against the LA Clippers on Thursday.

The Lakers have lost six of their past seven games. At 36-28, they now have the same record as the Portland Trail Blazers, who are currently in the No. 7 spot in the Western Conference. The Lakers are in sixth only because they hold the tiebreaker with Portland from beating the Blazers on Feb. 26.