NBA stars Tobias Harris and Boban Marjanovic opened up on a wide range of different topics with FanSided’s Mark Carman during a recent interview.

Get Philadelphia 76ers sharpshooter Tobias Harris and Dallas Mavericks big man Boban Marjanovic in front of the camera together and you better believe they’ll both be nothing short of entertaining. The two sat down with FanSided’s Mark Carman, and it’s an interview fans out there surely won’t want to miss.

The two players opened up on their awesome friendship and so much more in the video below that you’re definitely going to want to check out. 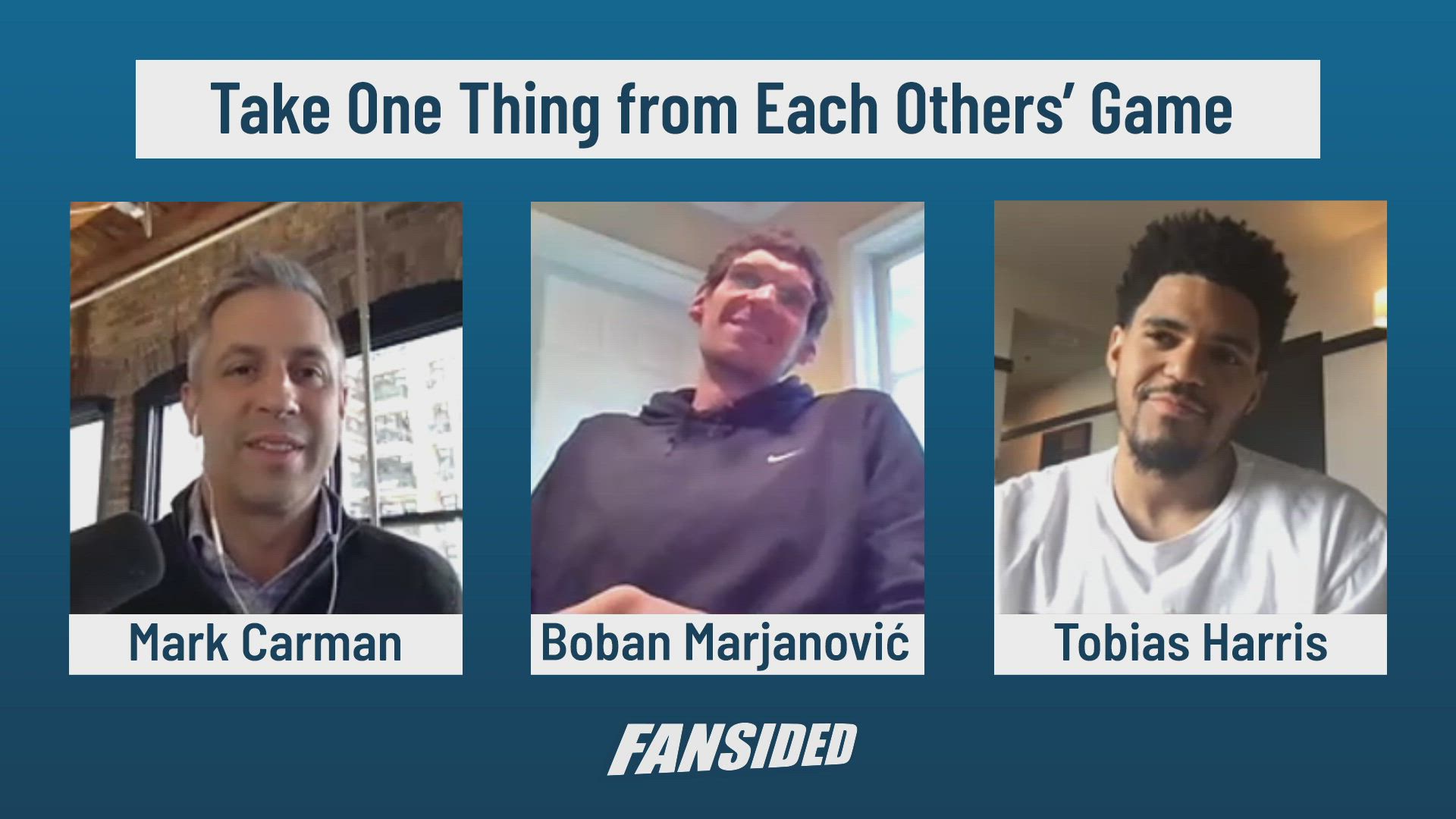 Tobias Harris and Boban Marjanovic have quite the friendship going

Known as ‘Bobi and Tobi,’ this bromance really can’t be measured. It all started with the two of them playing together for the Pistons.

“We started (playing together) in Detroit and we went all around the United States,” Marjanovic said. “Our friendship never stopped because Tobias is such an amazing guy, a great guy. We don’t listen to the same music, we don’t like the same things, but together with our energy, I feel good to be next to Tobias and I feel good to call him my friend.”

Despite no longer playing together, that hasn’t stopped that friendship from only getting stronger either.

“I’m still processing if he’s considered a friend,” Harris joked. “Early on in our friendship, knowing him as a basketball player and knowing how good he was, but also knowing how great of a person he was, how caring he was, I always knew that he’s just a great dude all around.”

The two are also in the middle of their respective campaigns with the 76ers and Mavericks, with both teams hungry to go on a deep postseason run. As of this writing, Dallas sit in sixth place of the Western Conference standings with its 34-27 record, while Philadelphia is 40-21 and in second place out East.

The Goldfish #GoForTheHandful Challenge on TikTok, which launched last week passed 2 billion views on TikTok in just three days. The challenge reunites NBA stars and best friends, Boban Marjanovic and Tobias Harris (Tobi + Bobi) to find out just how many Goldfish crackers you can grab in one handful. Boban, one of the NBA’s tallest players, can get 301 crackers in a single go (for comparison, Tobi got 73).