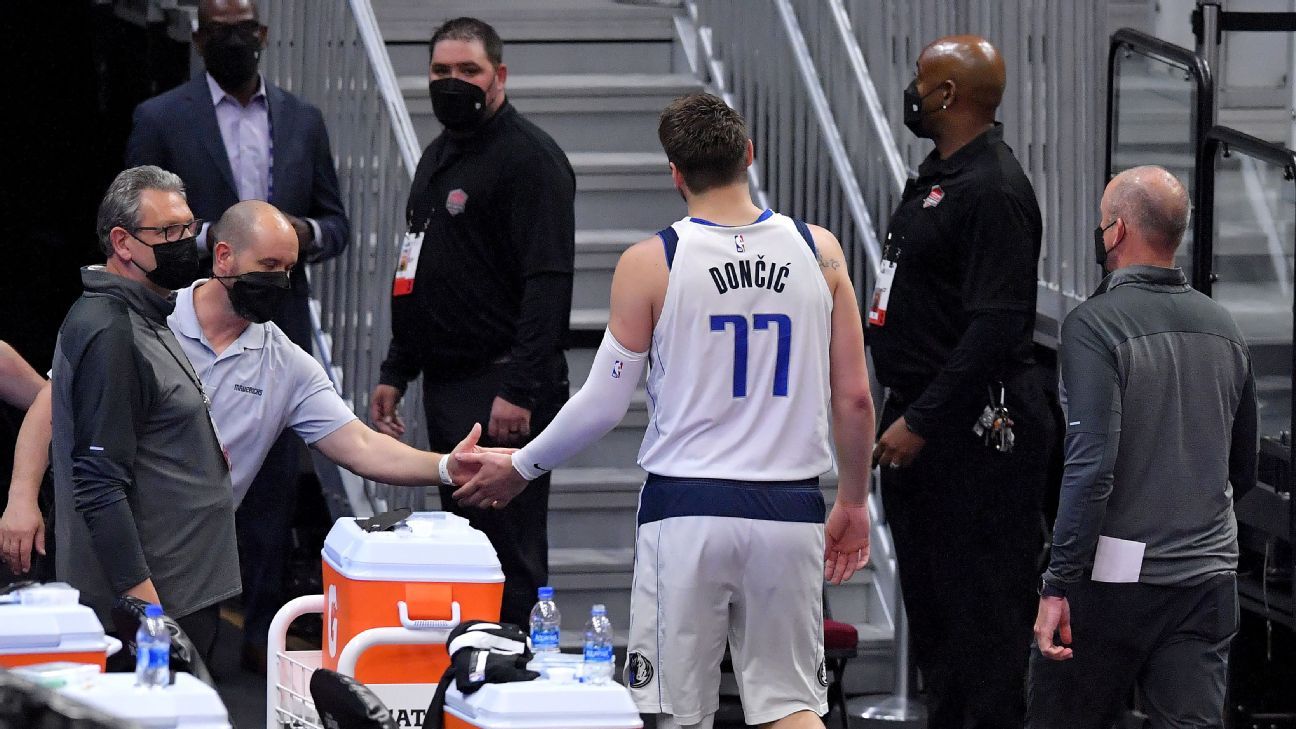 Dallas Mavericks star Luka Doncic was ejected early in the third quarter of Sunday’s game against the Cleveland Cavaliers after being called for a Flagrant 2 foul.

After a lengthy replay review, the officials ruled that Doncic made “an aggressive strike to the groin area” of Cavaliers guard Collin Sexton, justifying the Flagrant 2 ruling. The incident occurred when Doncic and Sexton were fighting for rebounding position with 10:05 remaining in the first half.

The Mavs had a 68-57 lead before Sexton made both free throws.

Doncic, who had 14 points, 5 rebounds and 5 assists before being ejected, responded to the ruling with wide eyes, indicating surprise. He laughed as he exited the floor.

The Flagrant 2 does not count toward Doncic’s technical foul total. He has 15 technical fouls this season, one shy of an automatic one-game suspension.

It is the second time Doncic has been ejected in a five-game span. He got called for two technical fouls in a May 2 loss to the Sacramento Kings, the second one called with 31 seconds remaining, triggering the ejection.

Sources: Kyrie has wish list of teams if no deal
Lakers brass met with Russell Westbrook to discuss his future with the team
Kendrick Perkins claps back at Draymond Green in since-deleted tweet (NSFW)
NBA rumors: Kyrie Irving-Lakers fit takes another hit
‘My goal is to normalize’: Suns basketball operations executive announces he is gay