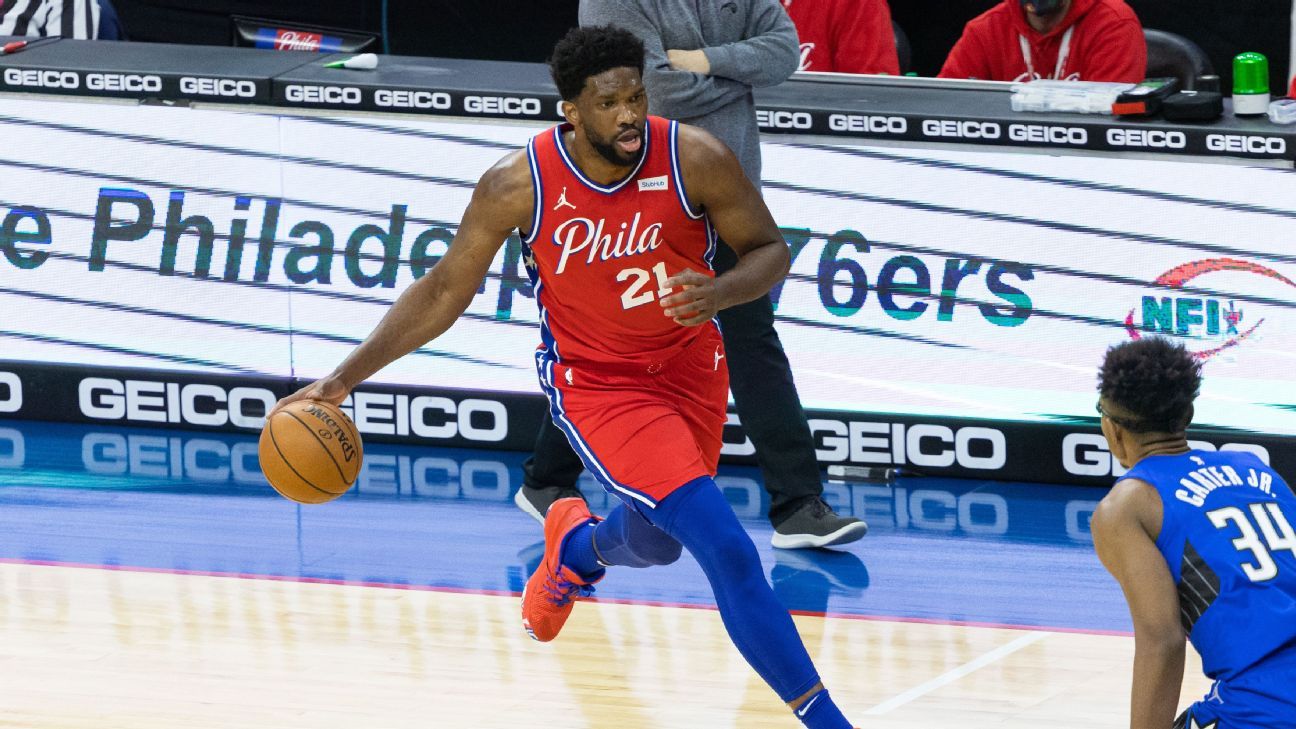 Five years removed from a 10-win season, the Philadelphia 76ers find themselves atop the Eastern Conference.

Friday’s 122-97 victory over the Orlando Magic gave Philadelphia its first No. 1 seed in the East in 20 years, something coach Doc Rivers said the team should not take for granted.

“It’s an accomplishment. I don’t want to downplay it, but I told our guys to enjoy, I don’t want to call it a moment, I told them to enjoy the second, because it’s not what we want, but it’s part of what you can get on the way to what you want,” Rivers said. “I think for this team, as young as we are, to have home-court is really important. It’s nice to have. So we should feel proud of it.”

With the No. 1 seed in hand, the Sixers secure home-court advantage throughout the postseason, but also comes with the added benefit of being on the opposite side of the bracket from the Brooklyn Nets and Milwaukee Bucks. The 76ers wouldn’t see either of those teams until the conference finals.

“It means what we said we wanted to do at the start of the season was get that No. 1 seed,” Ben Simmons said. “Obviously have home-court advantage. but besides that, we’ve got to get ready for the playoffs. We’ve got one more game to finish out and then the real job starts. We put ourselves in a good position but ultimately we want to win the championship.”

Home court could be big for the Sixers, though, with them holding the best home record in the East at 27-7, compared to a road record of 20-16.

“Being the top seed helps a lot from home-court advantage,” Joel Embiid said. “Definitely helps a lot as we’ve been dominant at home. We barely lose here… So it means a lot to have the No. 1 seed.”

History, however, has not been kind to No. 1 seeds out East. In 10 of the last 12 seasons, the top seed in the Eastern Conference has failed to make the NBA Finals.

As it stands now, the Sixers’ opening round opponent is still to be determined, as the four play-in teams — Charlotte Hornets, Indiana Pacers, Washington Wizards and Boston Celtics — will face off to settle who the No. 8 seed is. Not that it matters, though, Simmons said.

“I don’t care who we play. That’s the point of having the No. 1 seed,” he said. “You feel like you’re the best team in your conference so you’re supposed to be able to play anybody. If we were scared, we shouldn’t be in this position.”

The last 76ers team to take the top seed in the East was led by Allen Iverson and coached by Larry Brown. That team went on to the NBA Finals, losing to the Los Angeles Lakers in five games. It’s been a long road back for the Sixers to the top, with the Process Era finally coming full circle to sit atop the East, something Embiid was reflective of.

“It starts from when the Sixers finished a season 10-62,” he said. “I think that’s when it started. From that time we’ve only improved.”