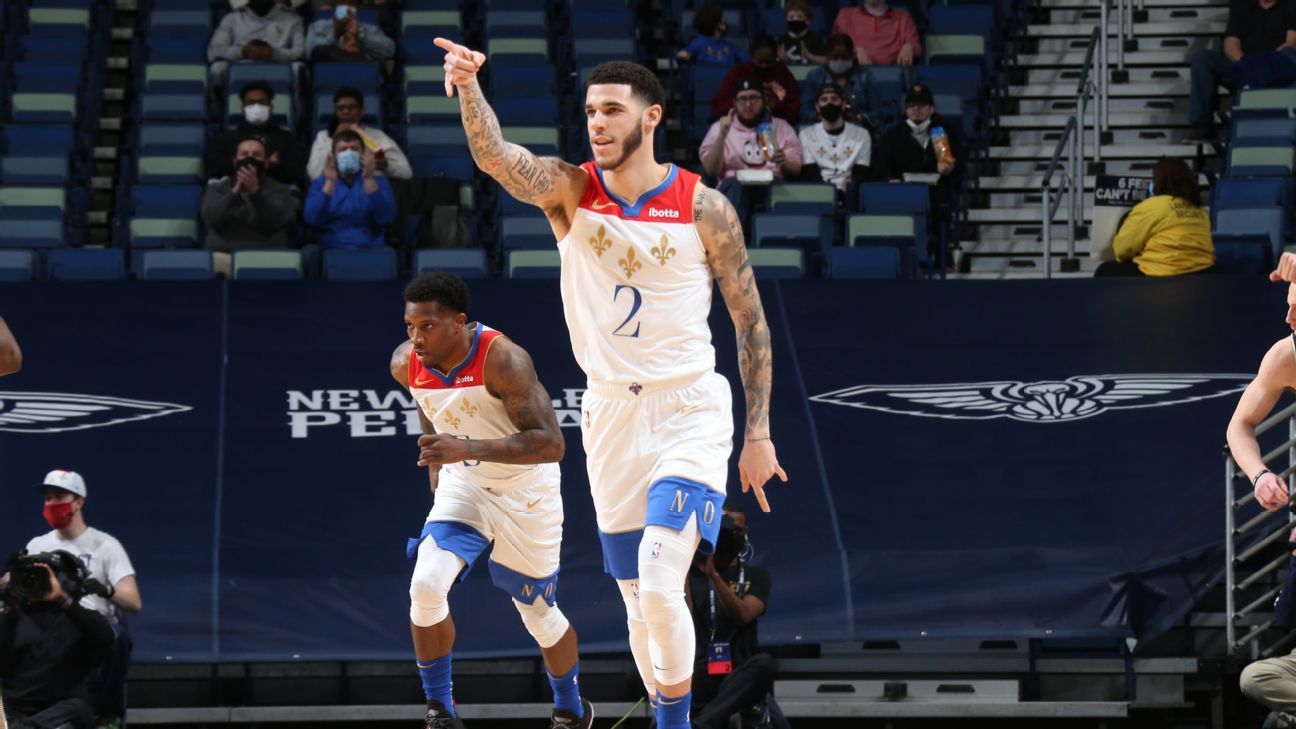 New Orleans Pelicans guard Lonzo Ball has heard his name swirl in trade rumors almost from the time he entered the NBA with the Los Angeles Lakers four years ago.

But now, for the first time, Ball could have a say in his next destination as he approaches restricted free agency this summer.

The Pelicans would have a right to match any offer sheet Ball signs with another team — or they could work with him and his agent at Klutch Sports to negotiate a sign-and-trade. Ball, who spoke to reporters on Monday, said he wouldn’t mind staying around in New Orleans for the next contract.

“That’s a conversation between me and my agent moving forward. But obviously I would love to be back,” Ball said. “I built a bond here with the coaches and the teammates who are here. I definitely wouldn’t mind coming back at all.”

“It’d be dope,” Williamson said of Ball possibly coming back to the Pelicans. “Me, Brandon [Ingram] and Zo, the three of us have a great relationship. I really would want Zo to come back. He knows that.

“But you know, like I said, the reality of the situation is Zo is grown man so he’ll make the decision that’s best for him. The only thing I can say is, I hope he stays.”

However, Ball’s assist totals dropped to 5.7 per game, just a tick above the 5.4 he posted in Los Angeles two seasons ago adjusting to playing alongside LeBron James. It came as Ball accepted a new role in the Pelicans’ system this season.

“I think my shooting picked up from all levels of the court,” Ball said. “That was the main thing for me this year. My role was different this year. Kind of more of a 3-and-D role. I think I fit into it pretty well. I think overall it was a solid season for myself.”

Ball said he didn’t think about his upcoming free agency during the season but now that the year is over, he can shift his focus there. If that means continuing in the 3-and-D role elsewhere, or in New Orleans, he’s fine with that.

“I think I’m a basketball player. Whatever the coach wants from me, I’m going to go out there and do it to the best of my abilities,” Ball said. “[Pelicans coach Stan Van Gundy] put me in a little different position this year than I’ve been in my whole life. But I think I made the most of it. And I think I had a pretty good year.”

While Williamson wants to continue to play with Ball, the feeling is mutual, even as Ball knows he has a tough decision to make.

“He’s a one-of-a-kind player as well,” Ball said of Williamson. “I’ve never played with somebody like that. Like I said, I think we have the pieces. We just have to put it together. We’re a young team. We’re only going to get better. If we can keep it together, that’d be great. But I can’t tell the future. I’ll just wait for the call and see what happens.”