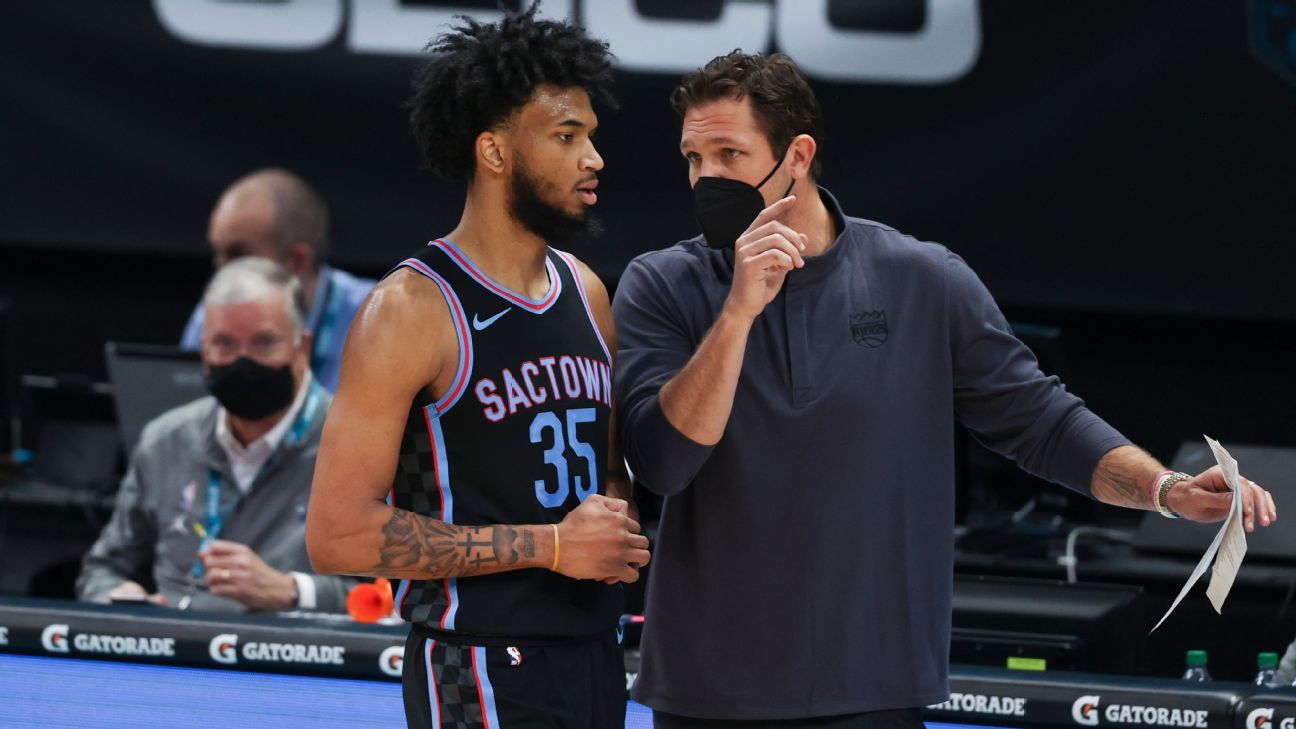 The Sacramento Kings will bring head coach Luke Walton back for a third season, sources confirmed to ESPN.

The Kings extended their record-tying 15-year playoff drought after a second consecutive 31-41 season under Walton, who has two years left on his deal.

Sacramento is in the midst of a multiyear rebuilding process around De’Aaron Fox, first-round pick Tyrese Haliburton and Buddy Hield, and assured Walton throughout the season it would be patient with the team’s growing pains.

In the two years since replacing Dave Joerger, Walton has seen his team get off to encouraging starts only to fade, plagued by the usual issues of poor defensive play and inconsistent offense.

Not all the blame falls on Walton’s shoulders; as was the case last season, injuries played a major role in Sacramento’s struggles. Fox missed the final 12 games while in the NBA’s health and safety protocols. Forward Marvin Bagley III missed 22 games with a broken bone in his left hand and four more with a groin injury.

Haliburton’s season ended prematurely due to a left knee injury, and Harrison Barnes sat out the last eight games of the season with a left adductor issue.

There are signs of hope for next season, with Haliburton playing his way into Rookie of the Year consideration and Fox making another leap on the heels of his five-year, $163 million extension.

Walton is the team’s 10th coach since the Kings last made the playoffs in Rick Adelman’s final season in 2005-06. He’s also the sixth coach owner Vivek Ranadive has hired since buying the team in 2013.