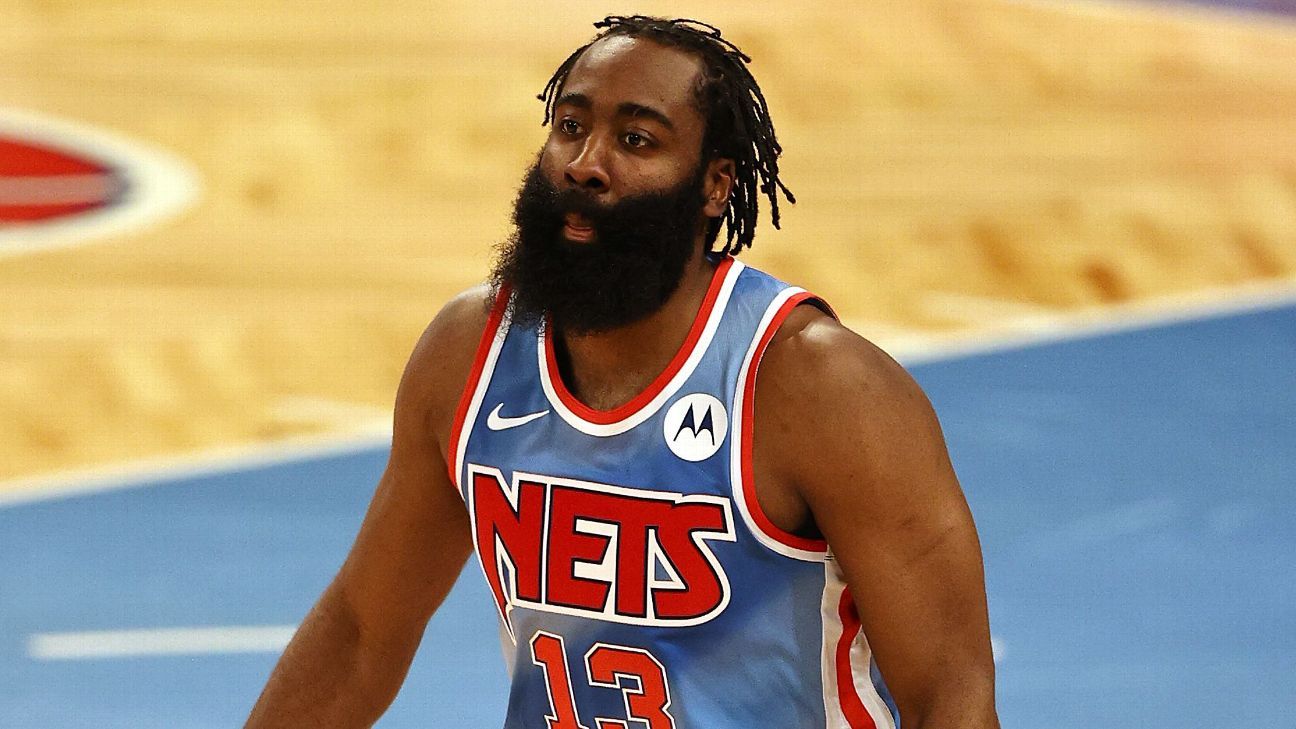 NEW YORK — After a regular season riddled with injuries, the Brooklyn Nets are entering the NBA playoffs as close to fully healthy as they’ve been all season. Star guard James Harden, who missed over five weeks with a hamstring strain, was available to play in just two games during the final month of the regular season, and he wasn’t scoring at quite the same level as he was before he got hurt.

Heading into the playoffs, Harden says he is paying those numbers no mind. After all, on previous teams — like in Houston — stuffing the stat sheet with mind-boggling scoring wasn’t enough to impress pundits or win titles.

“I thought winning was all that matters?” he said with a laugh on Wednesday. “When I was doing the stats and putting up the numbers, it wasn’t good enough. So, at some point we’ve gotta figure out what we’re talking about. But it’s all about winning.”

Harden is averaging 24.6 points per game this season for Brooklyn. In the two games since his injury, he scored 18 and five points and the Nets won both games. To illustrate his point about scoring, he said that in Wednesday’s practice game, he had zero points.

“My impact doesn’t have to show up on the stat sheet for us to win,” he said. “I think my job as a leader is to make sure everybody’s playing well. If I’m doing that, I can focus on myself last. That’s not a problem at all.”

Now, the Nets are on the precipice and their first-round series against the No. 7-seeded Boston Celtics starts on Saturday. While the Celtics are without Jaylen Brown, who had season-ending wrist surgery, Jayson Tatum has been electric offensively this season.

Nets coach Steve Nash said that Kevin Durant — who he has called the team’s best defender — will be primarily tasked with guarding Tatum. Still, Harden said he views defending Tatum as a group effort. And even though the Celtics are shorthanded, Durant said that he isn’t viewing this as an easy match-up for Brooklyn.

“I understand that stuff on paper and how teams look and how accomplished players on our team are,” Durant said, “but for us, we respect the game and our opponents too much to come in and say, ‘look we’re expected to win this.’ We’re coming out there and understanding we can be beat if we don’t lock in.”

The Nets have used Tuesday and Wednesday to largely focus on refining their own play before they dive into Celtics film sessions later in the week. Harden said he believes that if the Nets stick to what they do best — scoring in bunches — and can lock down on the defensive end of the floor, he likes their chances to contend for a title.

“Some teams say, ‘We just need to do what we do best’ — and that’s just not good enough at times,” Harden said. “But for us, that is a great quote and if we do that, then we definitely have a chance.”

First, they have to go through the Celtics.