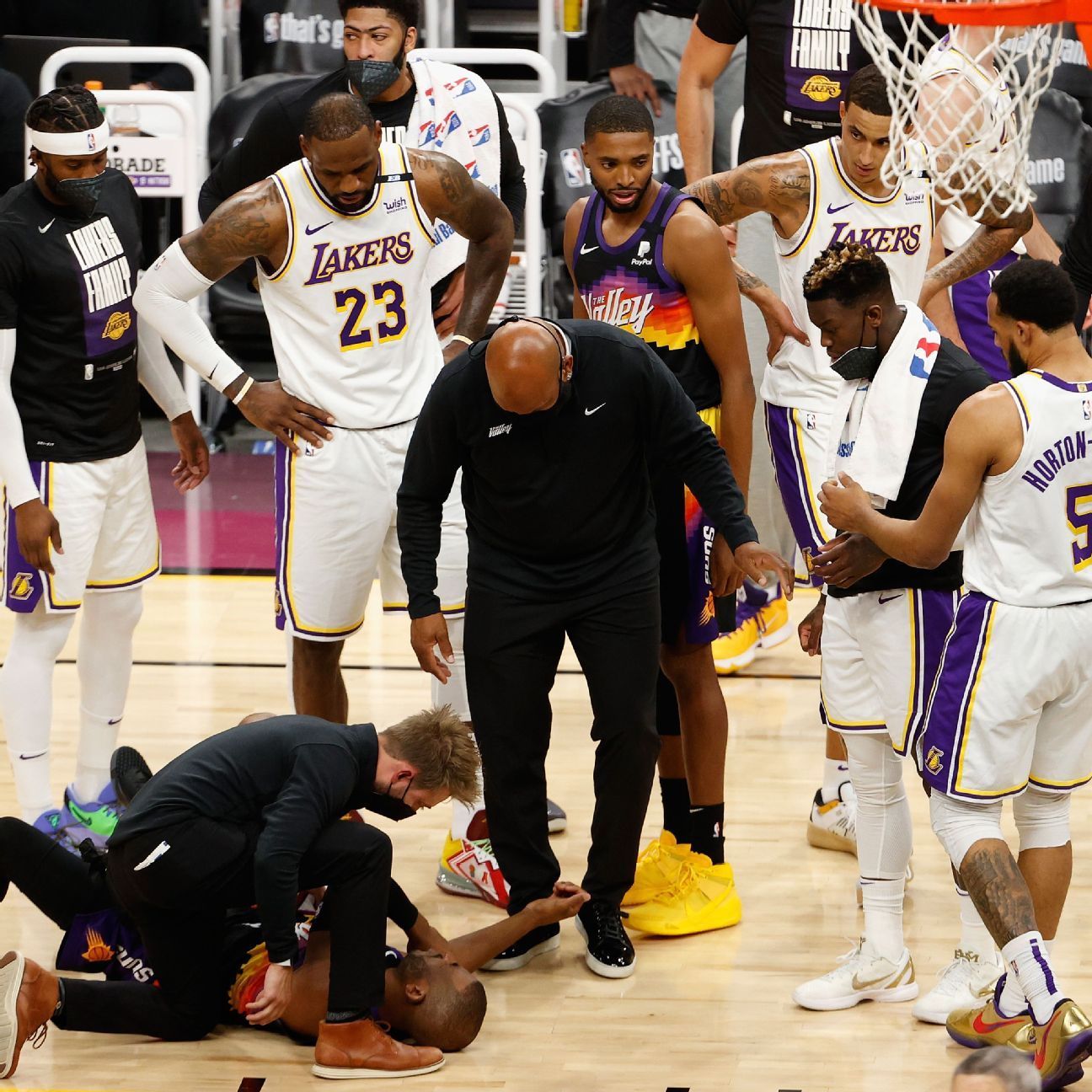 Chris Paul returned in the second quarter of the Phoenix Suns‘ first-round series against the Los Angeles Lakers on Sunday after suffering a right shoulder contusion.

With the Suns up 11 in the second quarter, LeBron James leaped over Paul for an offensive rebound and putback layup, drawing L.A. within 38-29 with nine minutes, 24 seconds remaining.

Paul swiped for the ball with is right arm, losing his balance and as his momentum took him towards the floor, the point guard’s head knocked against the right arm of teammate Cameron Johnson. Paul immediately writhed on the floor in pain as members of both the Suns and Lakers surrounded him after Phoenix called timeout.

He was helped up to his feet by James and members of the Suns’ medical staff and James — friends with Paul since high school — gave the guard a hug before Paul retreated to the locker room for observation.

Paul returned to the bench a short time later and was met with a roar from the home crowd. He checked back into that game at the 5:32 mark of the second quarter.