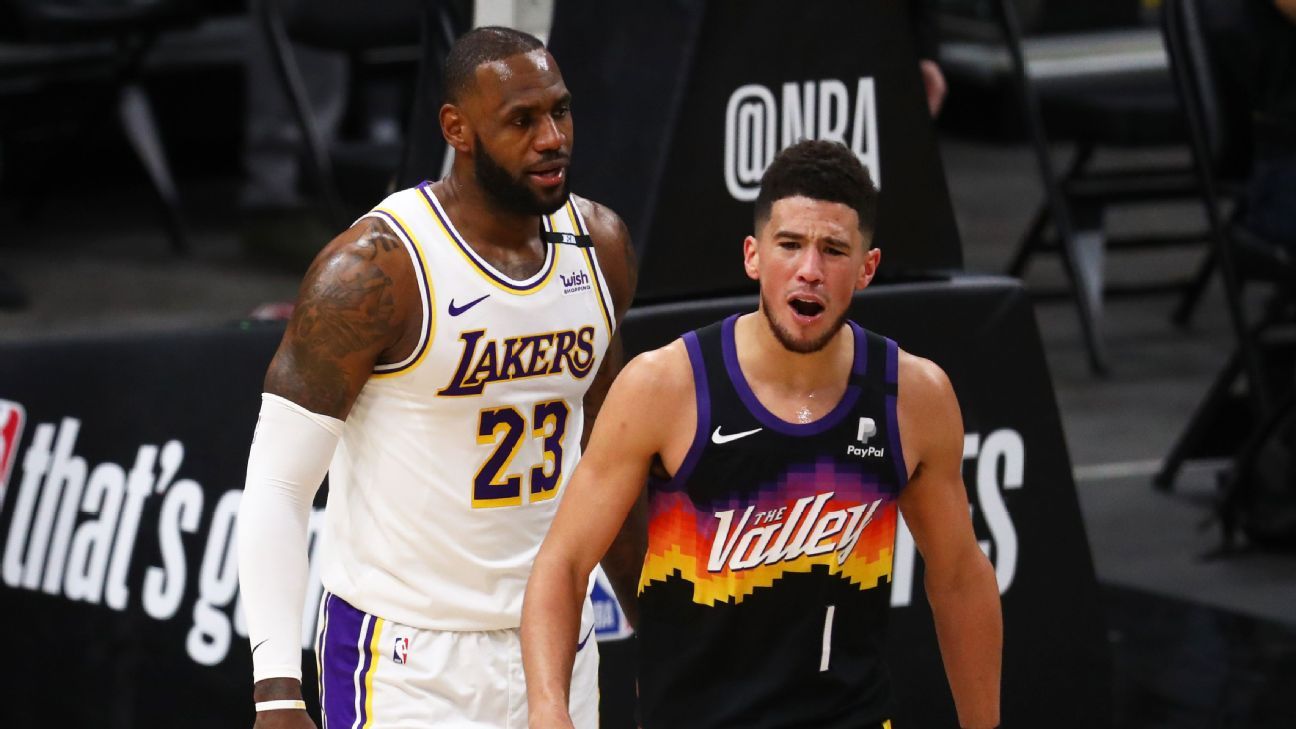 The big stage and bright lights of the 2021 NBA playoffs didn’t prove to be too much for several young stars making their playoff debuts Sunday, as they did everything from hitting game-winning shots to setting franchise records.

Booker scored 34 points in the Phoenix Suns‘ Game 1 win over the defending champion Los Angeles Lakers, setting the franchise record for points in a playoff debut. Booker scored or assisted on 53 points, the fifth most by a player in his playoff debut over the last 20 years, according to Elias Sports research.

Booker also had eight assists and seven rebounds as Phoenix won its first playoff game in 11 years. For Booker, it was worth the wait.

“The intensity’s different, the physicality is different,” Booker told reporters. “And it’s only one game.”

Booker was not a one-man show as teammate Deandre Ayton had 21 points and 16 rebounds while going 10-of-11 from the floor, becoming the first Suns player with 20 points and 10 rebounds in his NBA playoff debut since Hall of Famer Connie Hawkins in 1970.

Ayton also was the sixth player with 20 points, 15 rebounds and 90% shooting (or better) in any playoff game.

“[Booker] is a scoring machine, puts a lot of pressure on our defense to cover him in a lot of ways,” Lakers coach Frank Vogel said. “When we double team him, he’s got Ayton in there.”

The Atlanta Hawks‘ young star stole the show at a raucous Madison Square Garden, becoming the second player over the last 25 years with a go-ahead field goal in the final 10 seconds of the fourth quarter or overtime in his playoff debut, according to Elias. He joins Dwyane Wade (2004 for Miami against the Hornets).

Eight players in NBA history have had 30 points, 5 rebounds and 5 assists in their playoff debut — and two of them (Young and Booker) did it Sunday.

Heck of a win @ATLHawks and hell of a shot @TheTraeYoung! 🧊

Although he wasn’t the biggest name on his own team making his playoff debut, Memphis’ Dillon Brooks set a franchise record by scoring 31 points in his first playoff game. Brooks was the fourth Grizzlies player to score 30 or more points in a postseason game, the first since Mike Conley in 2017.

The eighth-seeded Grizzlies, who beat San Antonio and Golden State in the play-in tournament to make the playoff field, beat the No. 1 seed Utah Jazz 112-109. Brooks scored 14 points on 7-of-10 shooting in the third quarter as Memphis took control of the game.

dillon is a dog man. that guy you love playing with and hate playing against.

Morant and Brooks were the fourth pair of teammates playing in their first playoff game to reach 25 points, and the first since 2005.