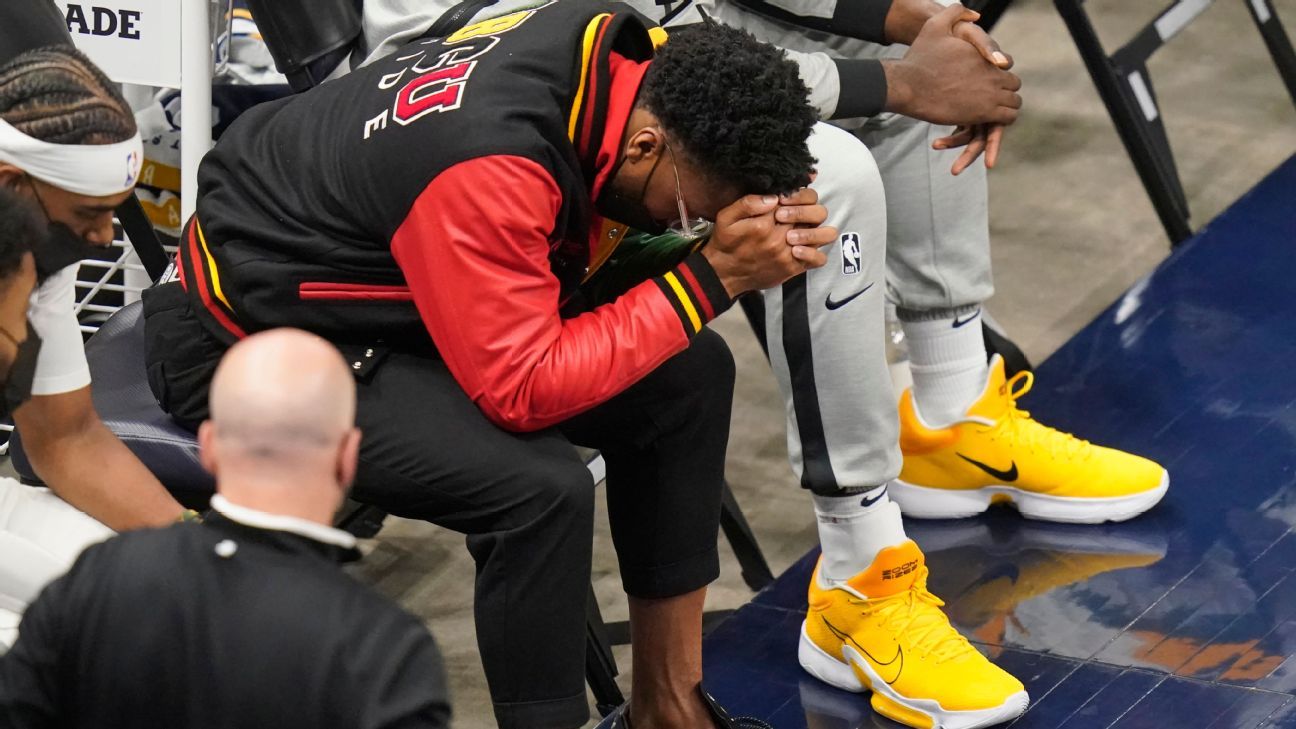 Utah Jazz star Donovan Mitchell was incensed at the late decision to scratch him from Sunday’s playoff opener, and it deepened tensions with the team regarding his recovery from a right ankle sprain, sources told ESPN.

Mitchell has been out since April 16, longer than was initially expected. After he progressed slowly in the early stages of recovery, Mitchell began to work with his personal training staff on the rehabilitation, sources said.

There is hope that more rehab and testing can lead to Mitchell being cleared to play in Wednesday’s Game 2, sources said, as the top-seeded Jazz look to even the series with the No. 8 seed Memphis Grizzlies.

But in addition to managing the injury, some easing of frustrations may have to take place behind the scenes. That could include new part-owner Dwyane Wade, sources said. Wade has a good relationship with Mitchell and is with the team this week in Salt Lake City.

There was an expectation Mitchell would play after he’d practiced for three days and attended shootaround Sunday morning. He was not listed on the Jazz’s injury report Saturday or early Sunday.

But after shootaround, the Jazz training staff, which has the final say on player availability, recommended Mitchell remain on the inactive list. The Jazz have a history of being cautious in managing player injuries.

After the loss Sunday, several players, including center Rudy Gobert, said they were surprised when they learned of the change in game plan.

“I try to stay out of all of this, because it’s just going to give me a headache,” Gobert said. “Hopefully, he’s good for next game. That’s all I’m worried about.”

Wade, who joined the ownership group in April, has a long personal history of managing injuries, particularly in the postseason. His experience and insight and respect from modern players was one of the reasons new Jazz owner Ryan Smith welcomed him as a partner.

The Jazz are scheduled to practice Monday afternoon.