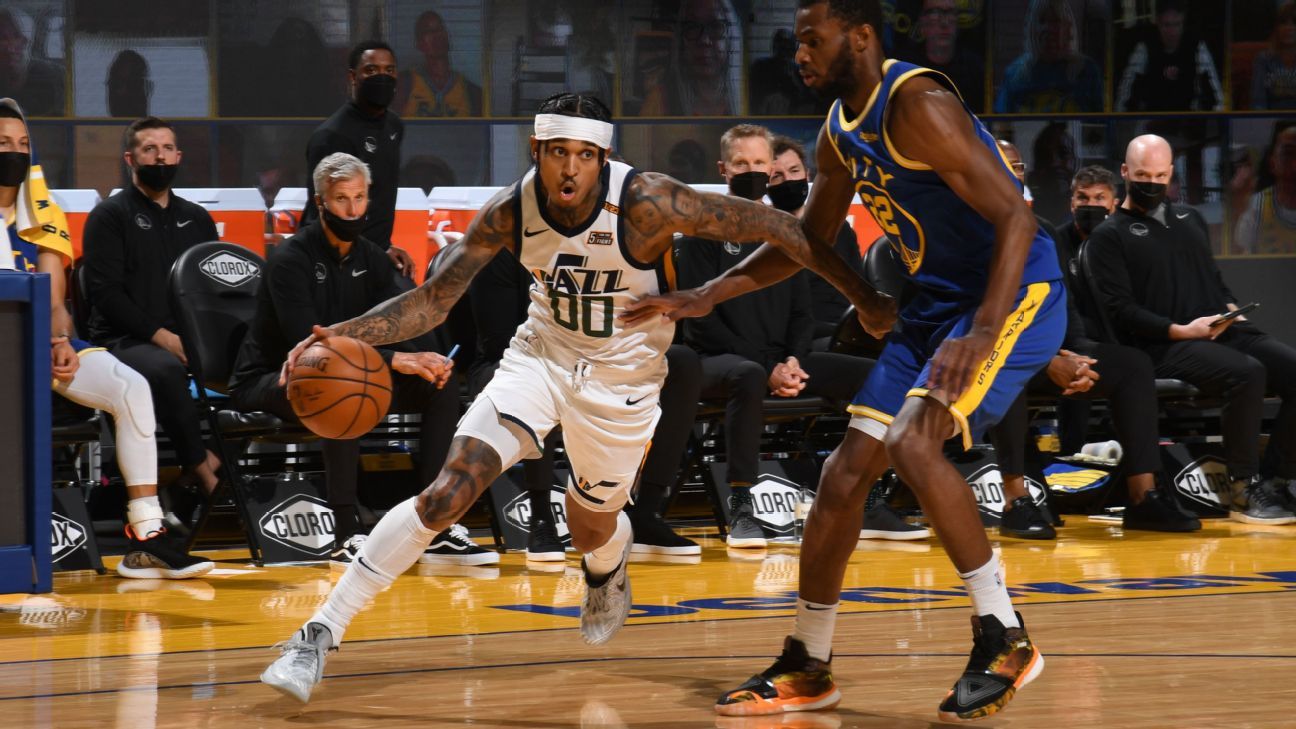 “For me, it was tough,” Clarkson said in an interview on TNT’s “Inside The NBA.” “My first couple years because I started in L.A. during that time, but just coming to myself and trying to find the impact I can have in this game, and what I can bring to it. When I got that role I just kind of took it, worked at it, and this situation — being traded here to Utah from Cleveland — it really enhanced everything, just because everybody knows their role, and knows what they are doing.

“I just accepted it, and just took it as one and kept rolling with it.”

With the unique circumstances of Clarkson and Ingles both being among the finalists for the award, TNT used Ingles to help give his teammate the award. After going through a couple of trivia questions about the history of the award, host Ernie Johnson asked them both how many members of the Jazz had won the award before.

Clarkson said zero — while Ingles, who knew the results, held up his index finger, and then grabbed the trophy, handing it to a stunned Clarkson as he accepted the award.

“Thanks for passing me this ball, man,” Clarkson said with a smile.

“He stole it from me,” Ingles joked. “I should’ve stopped passing him the ball.”

Clarkson, who has played for the Los Angeles Lakers and Cavaliers in addition to the Jazz over the course of his seven-year NBA career, received 65 of the 100 first-place votes cast by the global panel of 100 sportswriters and broadcasters that vote for all of the league’s various season-long awards.

“I tried to get him the ball as much as possible so he could win Sixth Man of the Year,” Ingles said of his teammate with a smile. “I think his impact off the bench is something he’s embraced and taken pride in.

“I think it is sometimes difficult when guys go to the bench and I’m not sure of their role or if they are being demoted or whatever. But to accept it, and with the impact he does, obviously numbers speak for themselves.”

Utah, meanwhile, will try to even its first-round series with the Memphis Grizzlies on Wednesday night, after the top-seeded Jazz lost at home to the eighth-seeded Grizzlies on Sunday night in a game Donovan Mitchell missed after the team’s doctors held him out because of a sprained ankle.

Clarkson, though, said the team is undeterred in its chase for a different trophy — the Larry O’Brien Trophy — over the the next couple of months.

“We’re going for something else,” Clarkson said. “We’ve got bigger goals ahead of us. That’s what we’re trying to go get.”

Steph Curry injury update: Everything to know after Warriors star leaves game [UPDATED]
Jimmy Butler threatens to bring his dreads back after the All-Star Break
Stats prove the refs aren’t out to get the Lakers this year
LeBron James odds for when he will break scoring record
Irving: Felt ‘very disrespected’ at times with Nets