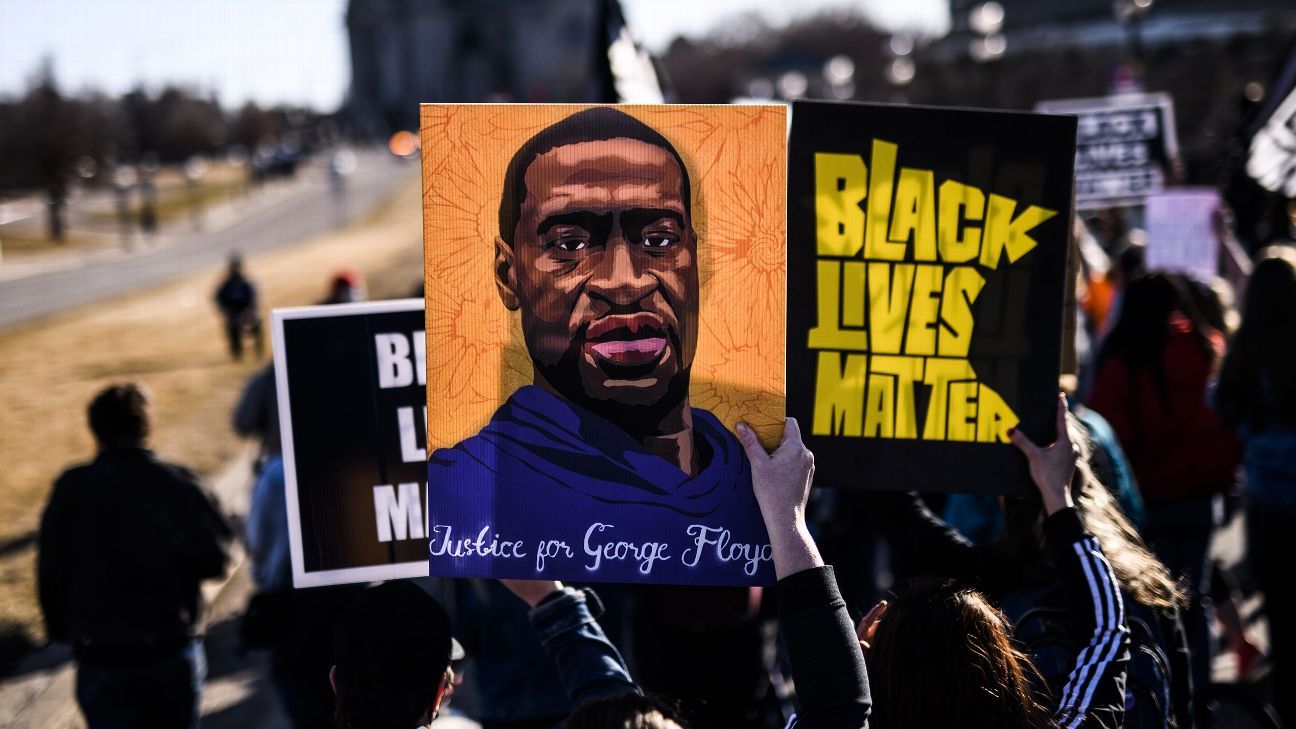 On the eve of the one-year anniversary of George Floyd’s murder, the NBA’s social justice coalition released a statement Monday night calling on the U.S. Senate to pass the George Floyd Justice in Policing Act as a way to honor the memory of Floyd and “others who have been victims of police brutality.”

The George Floyd Justice in Policing Act, which would ban chokeholds and “qualified immunity” for law enforcement while creating national standards for policing in a bid to bolster accountability, passed in the U.S. House of Representatives in March with bipartisan support and is now pending in the Senate.

In their statement, the board members of the National Basketball Social Justice Coalition called on “elected representatives of both parties to work together to pass the George Floyd Justice in Policing Act in the U.S. Senate now and present it to President [Joe] Biden for him to sign into law this year.”

On April 20, former Minneapolis police officer Derek Chauvin was found guilty of second-degree unintentional murder, third-degree murder and second-degree manslaughter by a jury for his role in the murder of Floyd last May outside of a local convenience store. The death of Floyd, a Black man, and the video that showed Chauvin, who is white, kneeling on Floyd’s neck for about nine minutes, became a catalyst for the sports world’s racial and social justice movement last summer and led to the formation of the National Basketball Social Justice Coalition.

The organization aims to lead “the NBA family’s collaborative efforts to address racial and social inequality by advocating for policy change at the national, state, and local level.”

“Almost exactly one year ago, George Floyd was murdered by a police officer in Minneapolis. Like millions around the world, NBA players, coaches, governors, officials, and staff throughout our organizations were outraged to see the horrifying and unlawful actions of the officer who pinned Mr. Floyd’s neck to the ground under his knee for 9 minutes,” the coalition’s statement read. “Mr. Floyd’s death added new fuel to the protests, marches, and urgent calls for racial justice and reform locally and nationally.

“Today, as this painful anniversary approaches, we have an opportunity to honor the memory of Mr. Floyd and others who have been victims of police brutality in this country by passing the George Floyd Justice in Policing Act. Systemic problems demand systemic solutions. And, because police actions are governed by a diverse array of state laws and local policies, the Floyd Act takes unprecedented strides towards consistency — reforming at a federal level the practices that failed its namesake.”

The statement concluded: “As members of the NBA family, we will continue to use our influence to support common-sense policy reform in our communities across the nation so that equal justice is afforded to all.”