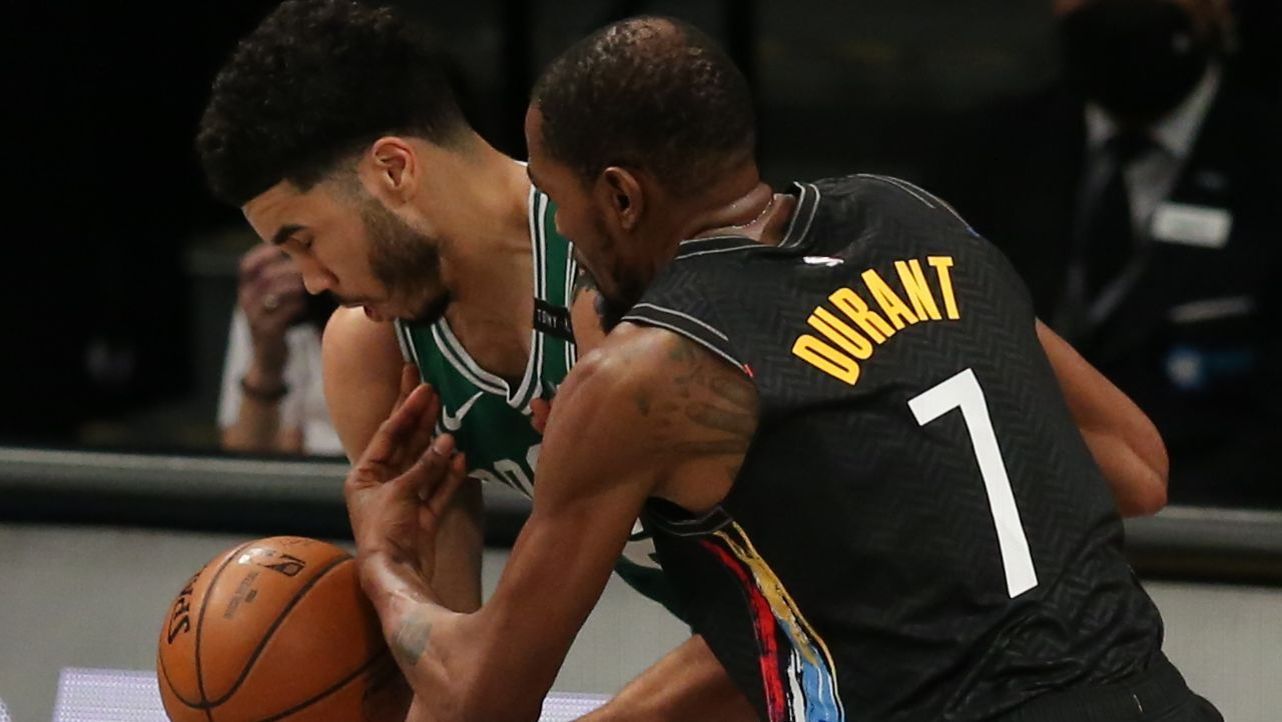 Tatum exited the game with 8 minutes, 48 seconds to go in the third quarter when he was accidentally poked in the eye by Nets star Kevin Durant, causing Tatum to stumble to the ground and turn the ball over. Tatum went to the locker room, and while he eventually returned to the bench, he was later ruled out for the rest of the game.

Before exiting, Tatum’s struggles from the second half of Game 1, in which he missed all six of his field goal attempts, carried over to Game 2, as he finished a dismal 3-for-12 from the field in 21 minutes and finished with nine points. He was the only Celtics starter to finish the game with single-digit points and was a game-worst minus-28.

The Celtics are already without their other All-Star, Jaylen Brown, who is out for the rest of the season after undergoing wrist surgery last week.

Green, meanwhile, left the game in the second quarter and was later ruled out for the remainder of the game with a bruised left foot.

After Brooklyn controlled each of the first two games of this series, it will shift back to Boston for Game 3 Friday night and Game 4 Sunday. The Celtics will be the latest team to see the number of fans in their building dramatically increase for those games, just in time for Nets star Kyrie Irving to make his return to Boston for a game with fans for the first time since leaving as a free agent two years ago.