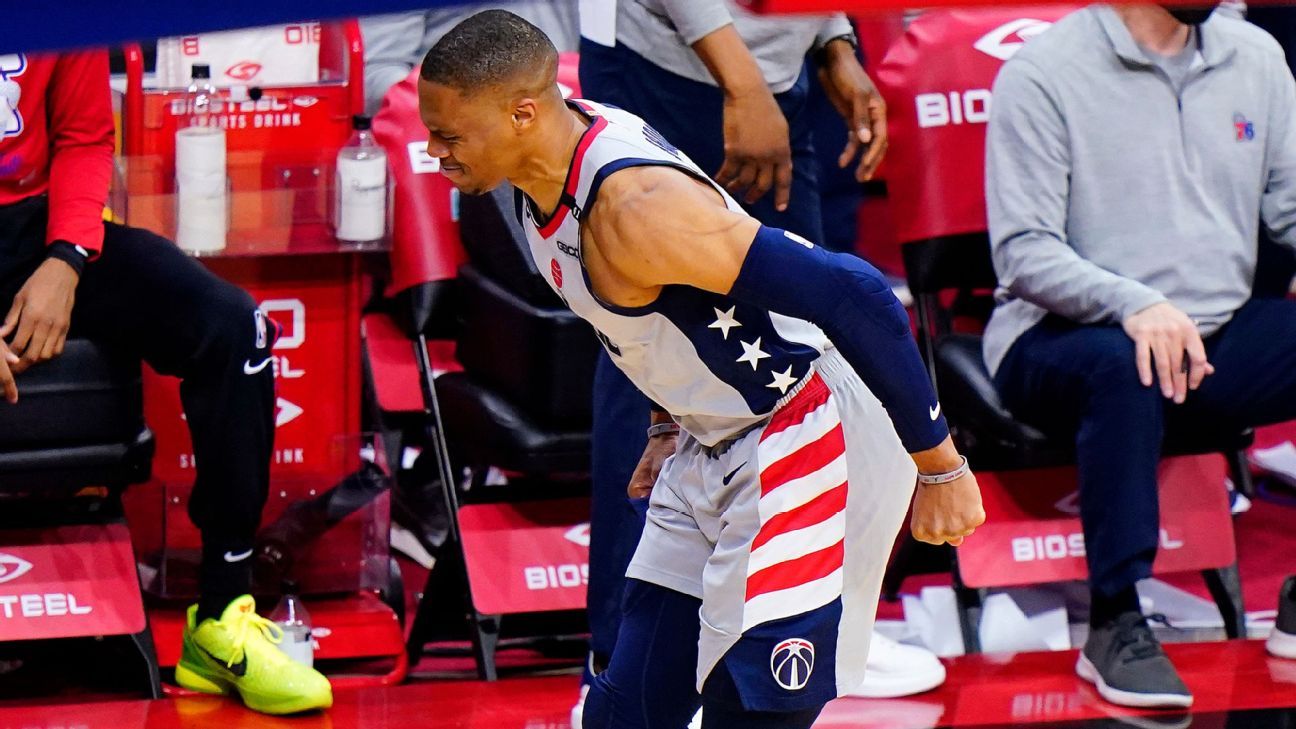 Westbrook stepped on 76ers guard Furkan Korkmaz‘s foot and rolled the ankle with 10:28 remaining and the Wizards down 17 points in Game 2 of the teams’ first round-playoff series.

As he was leaving the floor to go to the locker room for treatment, a fan appeared to pour popcorn on Westbrook’s head as he went down the tunnel. It angered Westbrook, who had to be held back by multiple team officials and security staff.

A fan seated near the tunnel was escorted out by security shortly after the incident.

A few moments earlier, Westbrook briefly left the floor to work on a different right leg injury after he fell while guarding Ben Simmons on a post play late in the third quarter.

Westbrook struggled on the night, going 2-of-10 shooting with 10 points plus 11 assists and six rebounds.