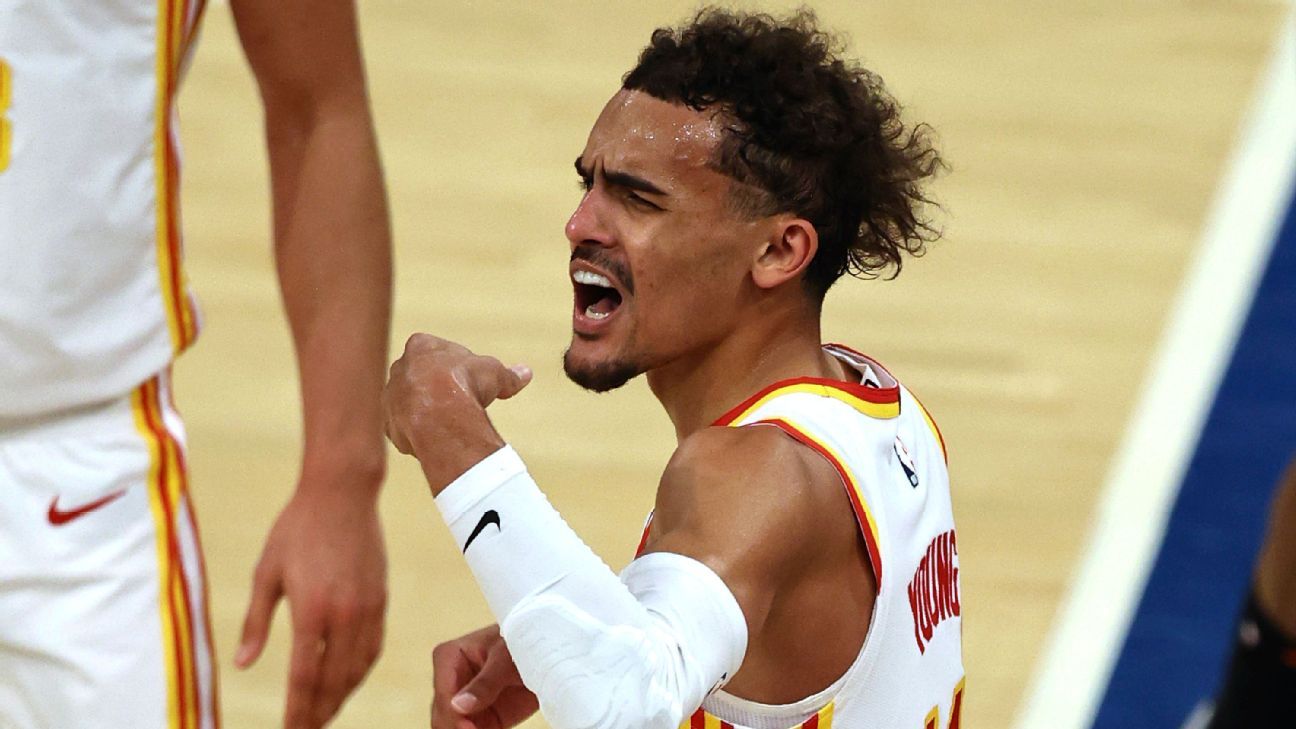 The New York Knicks say they have banned a fan who spit on Atlanta Hawks guard Trae Young on Wednesday night during Game 2 of their first-round playoff series.

The Knicks released a statement on the matter on Thursday afternoon.

“We investigated the matter and determined that this patron, who is not a season ticket holder, did indeed spit on Trae Young, and for that reason, he is now banned from The Garden indefinitely. We apologize to Trae and the entire Atlanta Hawks organization for this fan’s behavior. This was completely unacceptable and will not be tolerated in our venue. We have turned the information over to the appropriate authorities,” the team said.

This was the second fan-related incident to happen on Wednesday following a fan in Philadelphia throwing popcorn on Washington Wizards guard Russell Westbrook as he was heading down the tunnel. Philadelphia announced the punishment for the fan on Thursday as that fan was also banned indefinitely from Wells Fargo Center.

Young’s incident occurred with 8:34 left in the fourth quarter while Young was inbounding the ball on the sideline nearest to the fans. Video of the incident was widely circulated on social media following the game.

Young has been the center of attention for Knicks fans who have chanted “F— Trae Young” throughout the first two games.

Early Thursday morning, Young’s dad Ray Young took to Twitter to give his thoughts on the spitting. “Gotta get this under control. @russwest44 gets popcorn thrown on him & @TheTraeYoung gets spat on. I can deal with all the chants about my son, it comes with it. But this needs to be addressed.” Trae Young also had retweeted the video, writing “Damn… Crazy !”

Gotta get this under control. @russwest44 gets popcorn thrown on him & @TheTraeYoung gets spat on. I can deal with all the chants about my son, it comes with it. But this needs to be addressed.@NBAonTNT @NBA @espn @nyknicks @NBATheJump https://t.co/0WoO5jtAc2

The NBA released a statement on Thursday about the league’s code of conduct in the playoffs being enforced: “The return of more NBA fans to our arenas has brought great excitement and energy to the start of the playoffs, but it is critical that we all show respect for players, officials and our fellow fans. An enhanced fan code of conduct will be vigorously enforced in order to ensure a safe and respectful environment for all involved.”

On Sunday, Young said he understands the history of players going into Madison Square Garden and being painted the villain by Knicks fans.

“Like I said, I take that as a compliment to be honest with you,” Young said following the Hawks’ Game 1 win. “Obviously I’m doing something right if you hate me that much. I embrace it and try to focus on my team and trying to help my team win. At the end of the day, we’ll get the last laugh if we do that.”

The Knicks and Hawks will meet in Atlanta for Game 3 on Friday.