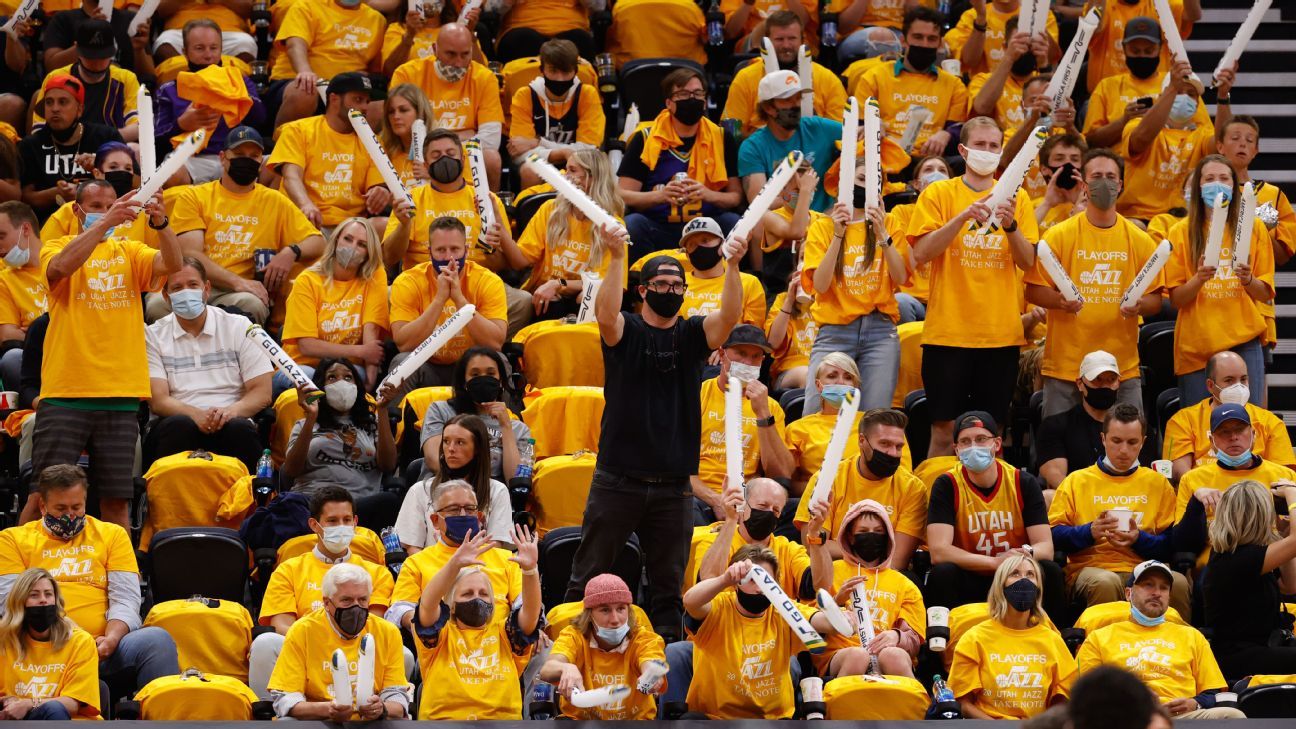 The three fans banned indefinitely by the Utah Jazz made vulgar and racially offensive comments to Ja Morant’s parents, the father of the Memphis Grizzlies star guard told ESPN.

A statement from the Jazz cited one “verbal altercation” that occurred during Utah’s series-tying 141-129 victory at Vivint Arena on Wednesday night, but Tee Morant said there were three separate incidents with male Jazz fans, adding that each was handled quickly by arena security.

“I know heckling,” Tee Morant said in a phone interview with ESPN on Thursday night. “We were doing that the whole game. But that’s different than heckling. That’s straight up disrespectful. That was too far out of line. You don’t say nothing like that heckling. That’s beyond heckling.”

Ja Morant, in a tweet posted later Thursday, agreed with Utah’s decision to ban the fans, writing, “my family should be able cheer for me & my teammates without getting inappropriate s— said to them.”

Tee Morant said one fan made a sexually explicit remark to his wife, Jamie. Tee Morant, who was sitting a couple of seats over, confronted the man before security de-escalated the situation, ejecting the Jazz fan.

According to Tee Morant, another Jazz fan told him, “I’ll put a nickel in your back and watch you dance, boy.” Several other Jazz fans, who had been enjoying good-spirited trash talk with the Morants and their family friends, confronted that fan and alerted security. Tee Morant said he was shocked that the Jazz fan, who was ejected, made such a comment with the man’s young daughter by his side.

The third fan who was ejected yelled at Jamie Morant, “Shut the f— up, b—-,” Tee Morant said.

“The Utah Jazz have zero tolerance for offensive or disruptive behavior,” the Jazz said in a statement Thursday. “An incident occurred last night involving a verbal altercation during Game 2. Arena security staff intervened, and the investigation resulted in the removal and banning of three Jazz fans indefinitely.”

“We apologize to all who were impacted by this unfortunate incident and condemn unacceptable fan behavior.”

Ja Morant, who scored a franchise playoff-record 47 points in the loss, tweeted out the hashtag “protectourplayers” not long after that game.

The incident marked the third from Wednesday night’s playoff games alone that resulted in fans getting banned from arenas.

Tee Morant did not attend the Grizzlies’ Game 1 win because he was celebrating his mother’s birthday with her, but he said one Jazz fan shouted “boy” at his son during the series opener. Ja Morant responded by pointing toward the fan.

“I think they exchanged words, but it wasn’t that bad,” Tee Morant said.

Tee Morant said he was pleased with the response to the incidents by arena security and the Jazz organization. He said he was “able to clear my mind and get back to talking to the great fans” seated around them.

“We were bantering back and forth with a group of fans around us all game,” said Tee Morant, who is known for loudly and proudly cheering for his son, often exchanging good-natured trash talk with fans on the road. “We had a good time.”

At the end of the game, according to Tee Morant, one of the friendly fans said, “We hope you’re back Wednesday, Tee.”

Tee Morant’s response: “You better know I’m going to be back when we’re up 3-1 and close you out.”