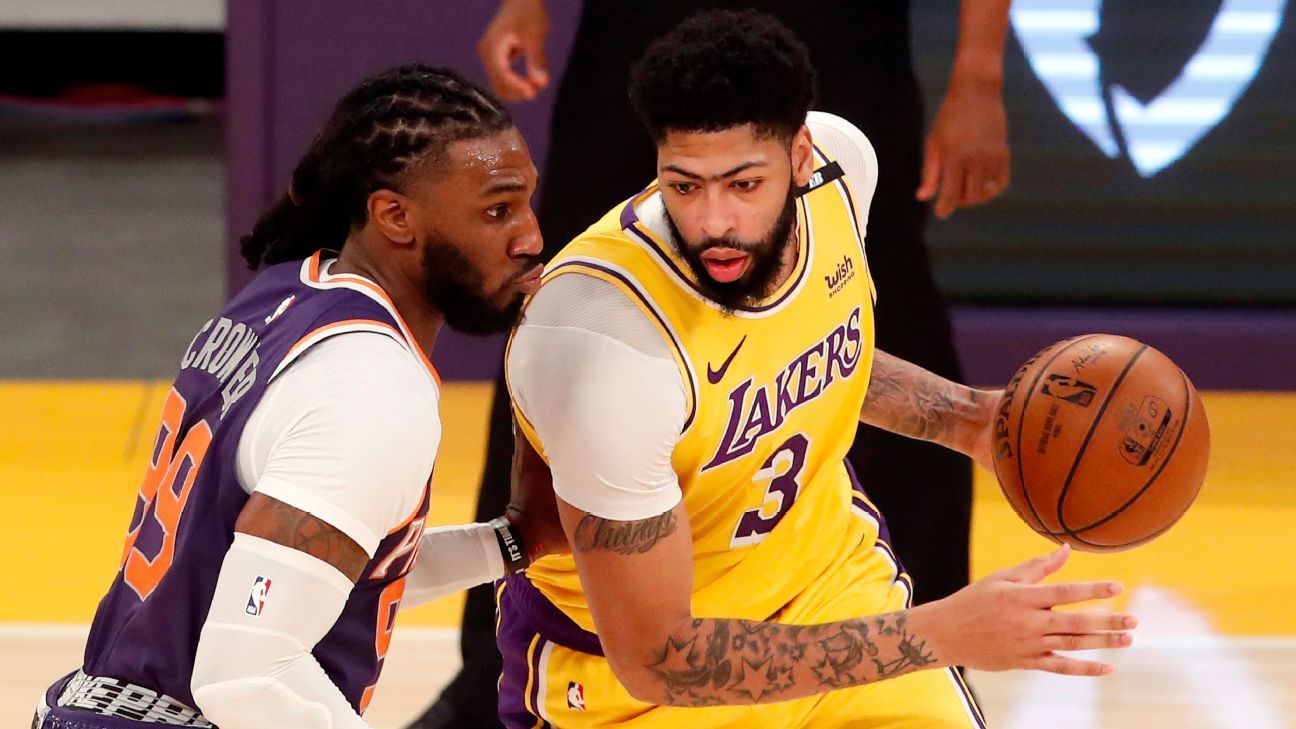 PHOENIX — Los Angeles Lakers star forward Anthony Davis is out for Tuesday’s pivotal Game 5 in L.A.’s first-round series with the Phoenix Suns because of a strained groin.

Davis hurt his groin late in the second quarter of Game 4 and did not play after halftime, opening the door for the second-seeded Suns to tie the series at 2-2 against the seventh-seeded Lakers.

With Davis out, Phoenix point guard Chris Paul, who hurt his right shoulder in Game 1, turned in his finest performance of the series with 18 points, 9 assists, 3 steals and zero turnovers in Sunday’s 100-92 win.

“Chris seemed limited for a game or two but obviously had a huge bounce-back game last game, and hopefully, AD is going to be able to return at some point and give us the same kind of bounce-back game,” Lakers coach Frank Vogel said Tuesday during his pregame news conference. “But it’s just been one of those series where two teams are slugging it out.”

Davis tested his groin out on the court about an hour and 15 minutes before tipoff in Phoenix with a mild workout, mostly attempting standstill shots with very little running or activity.

Vogel said the Lakers’ training staff had worked on rehabbing Davis’ injury “nonstop” since Sunday, and the decision to play or not was taken out of Davis’ hands.

“It’s a medical decision,” Vogel said. “If we feel he’s at risk for injuring it further, then obviously, they won’t have him be out there. But if they feel like it’s just managing pain and he’s not in any further risk than any other player, they’ll have him cleared. But it’s going to be a medical decision.”

Vogel added that Kentavious Caldwell-Pope, out for Game 4 with a sore left knee, would return to the lineup on Tuesday.