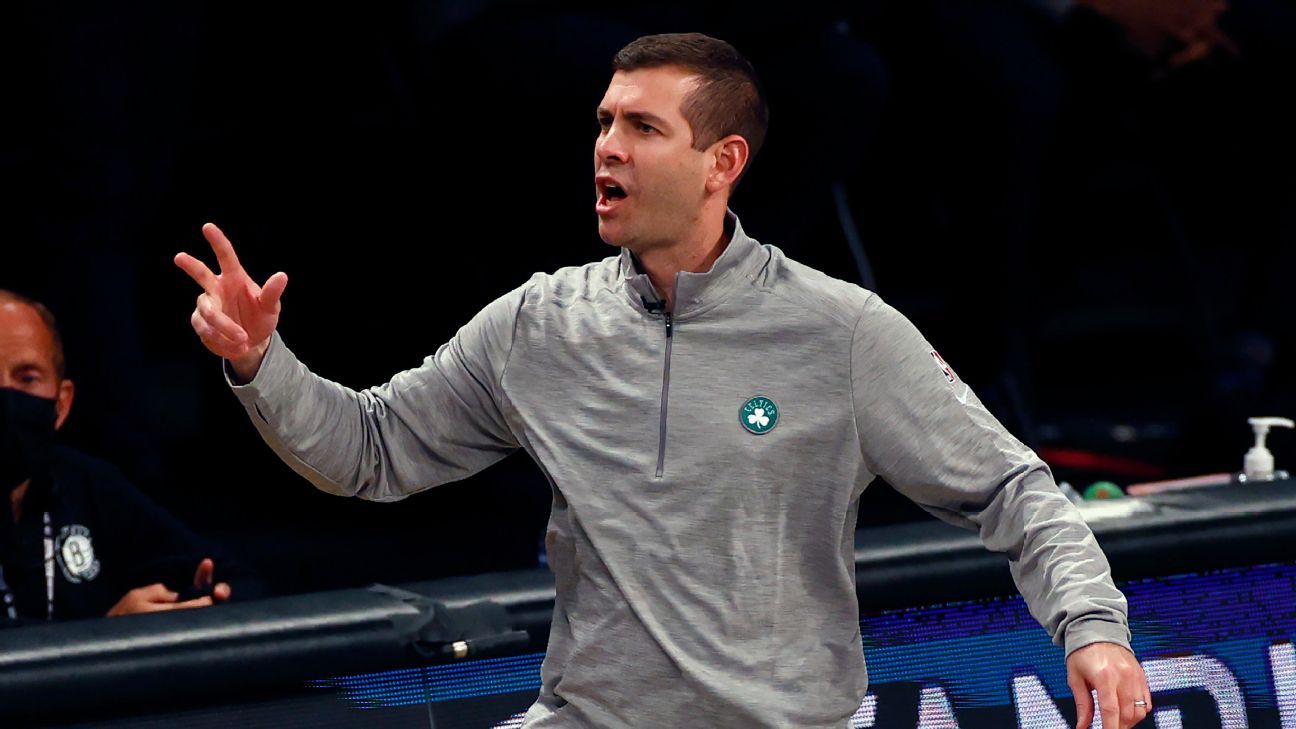 After the Boston Celtics shocked the basketball world with their dual announcement of longtime president of basketball operations Danny Ainge retiring and coach Brad Stevens leaving the sideline to replace him, Stevens said he chose to leave coaching and take on this new challenge because he wants “to do what’s best for the Celtics.”

“I do think I have a good insight into our team as Danny now steps away,” Stevens said when asked why it was best for the Celtics to have him no longer coaching the team but replacing Ainge atop the organization. “I feel like I’ve got a good idea of what we do well, what we don’t do so well, and I’ve been doing this for eight years. I’ve been in that locker room with some of those guys for a long time.

“They’ll get to play for a great coach, with some similarities maybe, but also some great new fresh perspectives. That’s a good thing, so I’m looking forward to finding that person. Because I do think people can be reinvigorated by that. I think, when I looked at the big picture and Wyc [Grousbeck, the owner] and I really talked about it, it made sense. This is a great opportunity to give us a good spark when we’re losing one of the best in his job in the world.

“That’s something we know we all have to [do], step up and meet the next challenge.”

It will certainly be a sizable challenge for Stevens to tackle, as after eight successful seasons on the sideline in Boston he now is being tasked with figuring out how to get the Celtics back on track after a first-round playoff loss to the Brooklyn Nets and with several notable decisions ahead. Those include potentially moving on from Kemba Walker, who has two years and $73 million left on his deal, whether to extend (or potentially trade) Marcus Smart, who has one year left on his deal, and whether to re-sign impending unrestricted free agent Evan Fournier.

Stevens would’ve likely had input on all of those decisions in his old role. Now, he not only will be the one deciding what happens but also has to hire his replacement. When asked the same question, Grousbeck referenced a point Stevens made, about his institutional knowledge of the organization, as what made him ownership’s choice to succeed Ainge, the only basketball executive they’ve ever hired.

“He’s such an insightful person,” Grousbeck said. “It comes out in his coaching, but it also comes out in his analysis of the game day in and day out. He put rosters together at Butler, which went nearly all the way. He was at the table with Danny here in the war room all the way in the eight years, which has had a number of notable successes. Never went all the way [to a title], but went to multiple conference finals with multiple good teams, and drafting some young All-Stars.

“Brad’s fingerprints and DNA are on this team right now in terms of putting it together and helping Danny. Danny was running it. For me and Steve [Pagliuca] and the rest of ownership, it was really a role that I think Brad has been preparing his whole life for, in a way, as a player, as a coach, and now, as Danny [steps away], into the front office.”

For a decision no one saw coming, particularly in the case of Stevens not coaching, all parties involved said it had been in the works for some time. Ainge said he’d been considering his future as far back as two years ago, when he suffered a heart attack, and said that his health had weighed on his mind since then — especially when coupled with all the difficulties of the past year-plus due to the COVID-19 pandemic.

Stevens said that he never would’ve considered being anything but a coach while Ainge was in the job — and later said that, had the Celtics hired someone else above him, he’d have been happy to remain in the job. But once he began talking to Ainge about the possibility of changing roles, Stevens said the idea appealed to him.

“When [Ainge] decided to move on and retire and, you know, go enjoy more time with his family and we talked a little about it … then it just kind of moved down the road,” Stevens said.

“But this is a new challenge. This is what we need to do to hopefully be even better.”

The first step in figuring out how to get better will be to decide on whom Stevens will tap as his successor. That any change is happening at all in Boston is notable, as since Grousbeck and co-owner Pagliuca bought the team in 2002 they have hired one executive — Ainge — and only two coaches — Stevens and his predecessor, Doc Rivers.

One thing that was apparently never on the table, however, was Stevens taking on both roles. That is a trend that the NBA has moved away from in recent years, and one both ownership and Stevens said wasn’t one they seriously considered.

“I think it’s too much [to do both jobs],” Stevens said. “All of my intention, energy, focus is doing this job well, and hiring a great coach and trusting they will do their job well.

Grousbeck was even more to the point.

“At the Celtics, those are two separate jobs,” he said.

As for what he will look for in his successor, Stevens didn’t give a ton away about the qualities that he will seek in whoever will become the franchise’s 18th coach. But he did say, on several occasions, that his hope is that the person will bring a fresh voice and perspective that could be very beneficial to the team moving forward.

“Hiring a new coach will give us a great opportunity to hire somebody that I think will, again, be great at the job, be better than the person he replaces, and be a new, fresh voice with new, fresh perspective,” Stevens said. “I think that’s great, and so it has nothing to do with … where I was with coaching.

“Coaching has been awfully good to me, and I’m very thankful for every day that I got a chance to do it.”

Ultimately, though, Stevens said this was an opportunity that excited him. And, after a long, successful run as the head coach at Butler even before his past eight years with the Celtics, he was ready to take on a new challenge.

“I love basketball, I’ve loved my time as a coach, and I also want what’s best for the Celtics and want to do my part into ultimately helping us achieve what we want to achieve,” Stevens said. “That’s the driver for me. This ownership group, Danny, have treated me unbelievably, and this organization means a lot to me and my family. And so, yes, whatever they would have asked me to do, certainly. And I would have done it with the same enthusiasm that I have.

“That said, this now is a great new opportunity and I’m invigorated by it. I’m looking forward to it. I’m excited about it.”