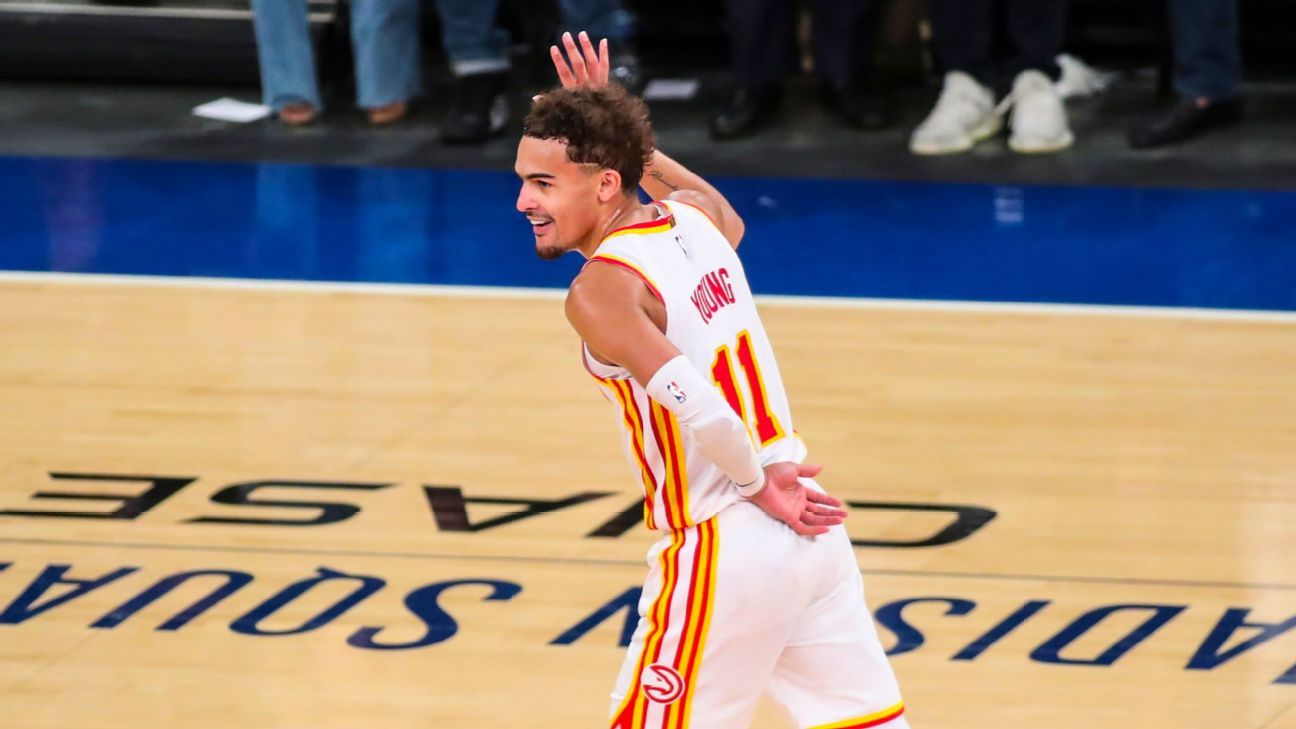 As fans in Madison Square Garden rose to their feet to give one last round of applause to their New York Knicks, Atlanta Hawks guard Trae Young wanted to send the crowd home with one more parting gift.

In the final minute of Wednesday’s Game 5, Young sized up Knicks forward Reggie Bullock, waved off his teammate John Collins and went to work. The shot clock ticked down, and Young took a few dribbles to his left. One in-between-the-legs move later, he lifted from 30 feet away and hit a 3-pointer to quiet the crowd.

As soon as the shot went in, Young took a bow at center court and waved goodbye to the crowd that had taunted him throughout this first-round playoff series.

“I know where we are. I know it’s a bunch of shows around this city,” Young said of the bow after the Hawks’ 103-89 victory. “And I know what they do when the show is over.”

It was Young who got the last laugh on Wednesday as the Hawks eliminated the Knicks in five games. The series started with Knicks fans chanting “F— Trae Young,” and one fan even spit on Young during Game 2.

But when all was said and done, Young and the Hawks moved on to the second round, and Young cemented his status as a Madison Square Garden villain.

“It feels good,” Young said. “Like I said since the beginning of the season. I feel like I’ve worked my whole life for this moment, to play in the playoffs on the biggest stage. I put in a lot of work. A lot of the guys who have been here have done the same. It feels good to win it. It feels good to win the series. Now we get to focus on the second round.”

Young added that it would have been a sweet victory whether the Hawks won at home or on the road, but winning in New York City “with all the fans still chanting the same stuff” felt good, too.

Collins, who has been Young’s teammate for three seasons with Atlanta, said Young feeds off the trash talk from the crowd.

“Trae loves this stuff,” Collins said. “He’s in the gym grinding. You see him pandering and playing to the crowd. Certain guys get motivated and find their reason and extra motivation to play based off the crowd. The crowd does give you energy.

“Trae loves to use that negative energy and use it as fuel for him. For whatever fans who want to keep antagonizing that man, please go right ahead. It’s not gonna bother him, and we got his back as well.”

Young backed up his talk with his play. He finished with 36 points and nine assists in Game 5, and averaged 29.2 points and 9.8 assists per game for the series. He also hit the winner in Game 1 to get the series started.

Young became only the second player in NBA history with three straight 30-point games as a visitor at MSG in the playoffs, according to ESPN Stats & Information research. Michael Jordan is the other.

And while Young’s role as the primary villain for Knicks fans was clear, Hawks center Clint Capela added more fuel to the fire Tuesday. Capela criticized the Knicks’ physical play and said the Hawks could dish it out as well.

He added, “Now we’re coming to your home to win this game again and send you on vacation.”

Capela backed up his talk with 14 points, 15 rebounds and two blocks. He was 5-of-5 from the floor in the first half, the first time he had done that in 66 career playoff games.

“I was definitely believing in my group, me and our team,” Capela said. “And we did the job. We came out here thinking we don’t want to give them anything. We did the job from the start to the end. We deserved it.”

While Hawks coach Nate McMillan said he spoke with Capela about letting the team’s play do the talking for them, his teammates liked what they heard.

“I loved it,” Collins said. “Obviously, big talk on his end and sort of put the team on the line in a sense, but we had his back and we knew he was going to come out and give it 100 percent. I really had no issues with it. I just wanted to come out and do what he said, send them on vacation and send them home.”

With the Knicks eliminated, the Hawks turn their focus to the top-seeded Philadelphia 76ers, who defeated the Washington Wizards in Game 5 on Wednesday to also advance.

Game 1 for Atlanta and Philadelphia is set for Sunday.