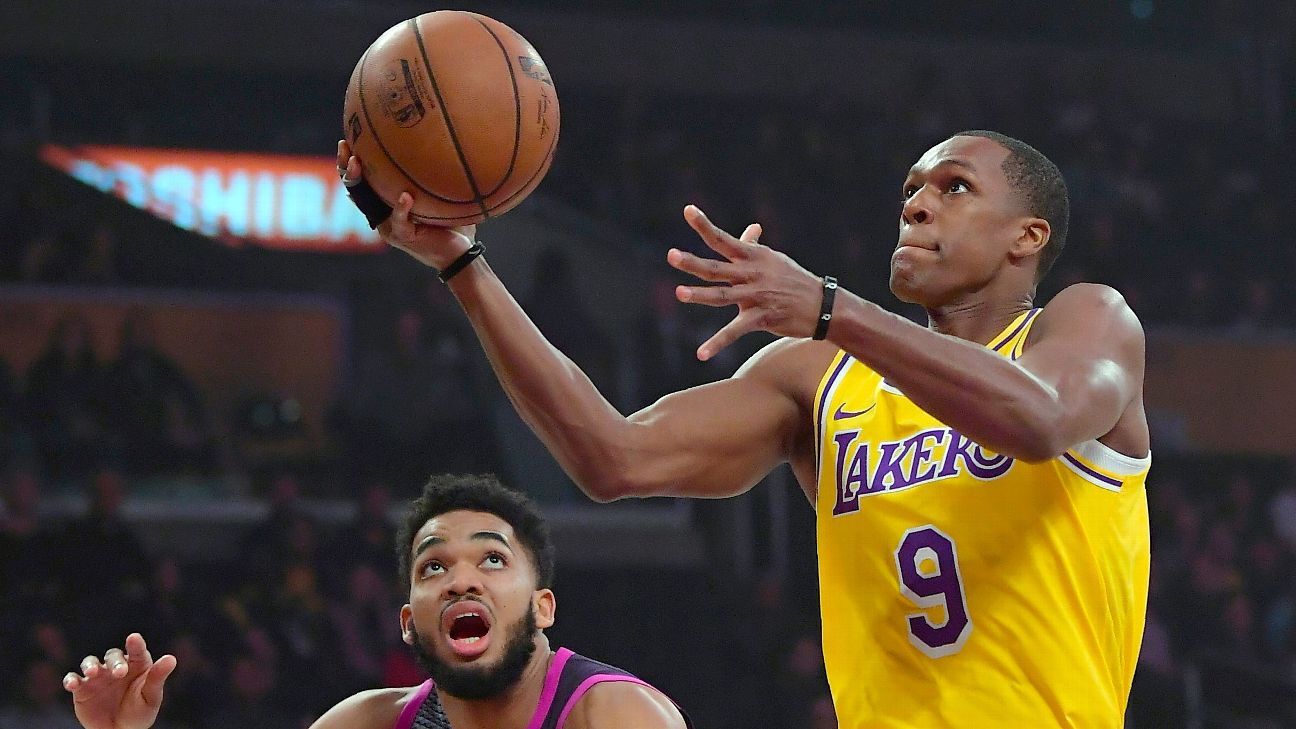 Rondo, who agreed to a contract buyout with the Memphis Grizzlies on Saturday, will still make his full $7.5 million salary this season between the buyout and his new deal with the Lakers.

He is expected to sign the contract on Tuesday, sources told Wojnarowski.

Rondo, 35, was traded from the LA Clippers to the Grizzlies this month as a part of the Eric Bledsoe deal.

The two-time champion and four-time All-Star played for the Lakers for two seasons from 2018 to 2020 and was an integral piece on L.A.’s title team in the Orlando bubble.

The 16-year veteran will provide depth for the Lakers at point guard, with LeBron James and Russell Westbrook figuring to shoulder the ballhandling duties for the starting lineup.

Rondo will be the fifth former player to come back into the fold for the Lakers this offseason, joining Dwight Howard, Trevor Ariza, Wayne Ellington and Kent Bazemore.

Rondo also is joining a stable of aging All-Stars on the Lakers roster. James, Westbrook, Howard, Carmelo Anthony, Marc Gasol and Rondo were all All-Stars in 2012, the season before Anthony Davis came to the NBA.

Most of the NBA’s big name free agents have already agreed to deals, but the offseason moves are still going strong, and we have full coverage here.

• Latest free agency and trade news and buzz
• Pelton: Analyzing every offseason move
• Lowe: Offseason winners and losers
• What league insiders say about the offseason
• Looking ahead to 2022 free agency

Rondo averaged 5.4 points and 4.4 assists in 45 games with the Clippers and Atlanta Hawks last season, shooting a career-best 40.4% from 3.

He spent the first nine seasons of his NBA career with the Boston Celtics after entering the league in 2006. He has averaged 10.0 points, 8.1 assists and 4.6 rebounds over his career, which also included stops with the Dallas Mavericks, Sacramento Kings, Chicago Bulls and New Orleans Pelicans.

Information from ESPN’s Dave McMenamin was used in this report.