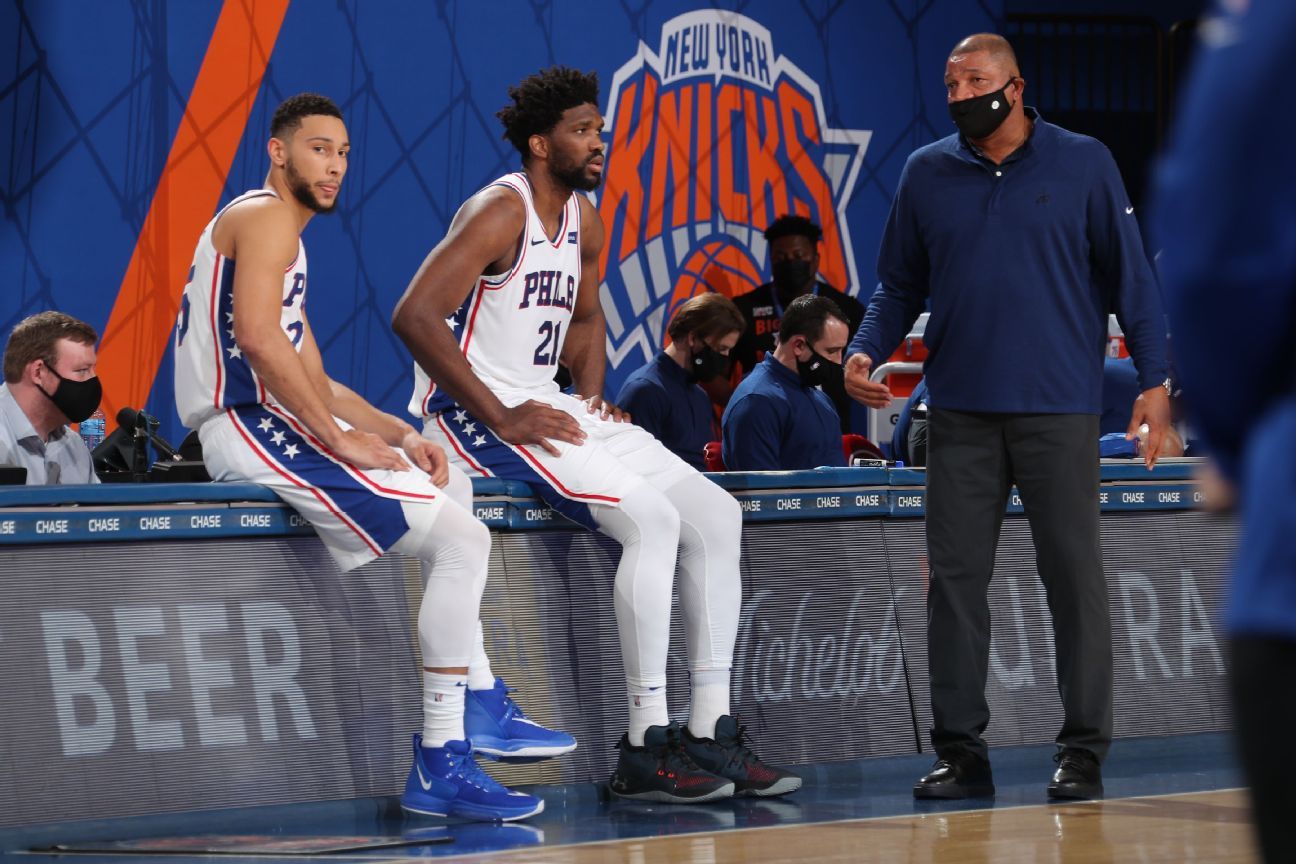 Philadelphia 76ers superstar Joel Embiid called the situation with his disgruntled co-star Ben Simmons “disappointing” and “borderline kind of disrespectful” to the rest of the team.

The comments came following a report by The Athletic that Simmons feels his partnership with Embiid has “run its course.” Simmons has yet to report to training camp and intends to hold out until he is traded.

“The situation is disappointing, borderline kind of disrespectful to all the guys that are out here fighting for their lives,” Embiid told reporters at training camp Thursday.

Embiid also pushed back on Simmons’ reported belief that the Sixers chose to build around their All-NBA big man in a way that does not fit Simmons’ playing style, arguing that the team has always tried to accommodate him.

“I feel like our teams have been built, whether it’s the shooting need or stretch-5 and all that stuff, I feel like [Simmons] always had it here. And we still have it,” Embiid said, before listing all the 3-point shooters on the roster. “… Our teams have always been built around his needs.”

Embiid referenced the Sixers’ offseason in 2019, when they inked Al Horford to a big deal while letting Jimmy Butler go to the Miami Heat, as another example of how Philadelphia made moves with Simmons in mind.

“It was kind of surprising to see,” Embiid said of the report. “We’ll say that, even going back to the reason we signed Al. We got rid of Jimmy, which I still think it was a mistake, just to make sure [Simmons] needed the ball in his hands. That’s the decision they made. Like I said, it is surprising.”

While Embiid reiterated his belief that the Sixers are better with Simmons, he said it’s time to focus on the team at hand.

“We are a better team with him, there’s no question about it. We still hope he changes his mind, but I kind of owe it to these guys to worry about what we have here.”