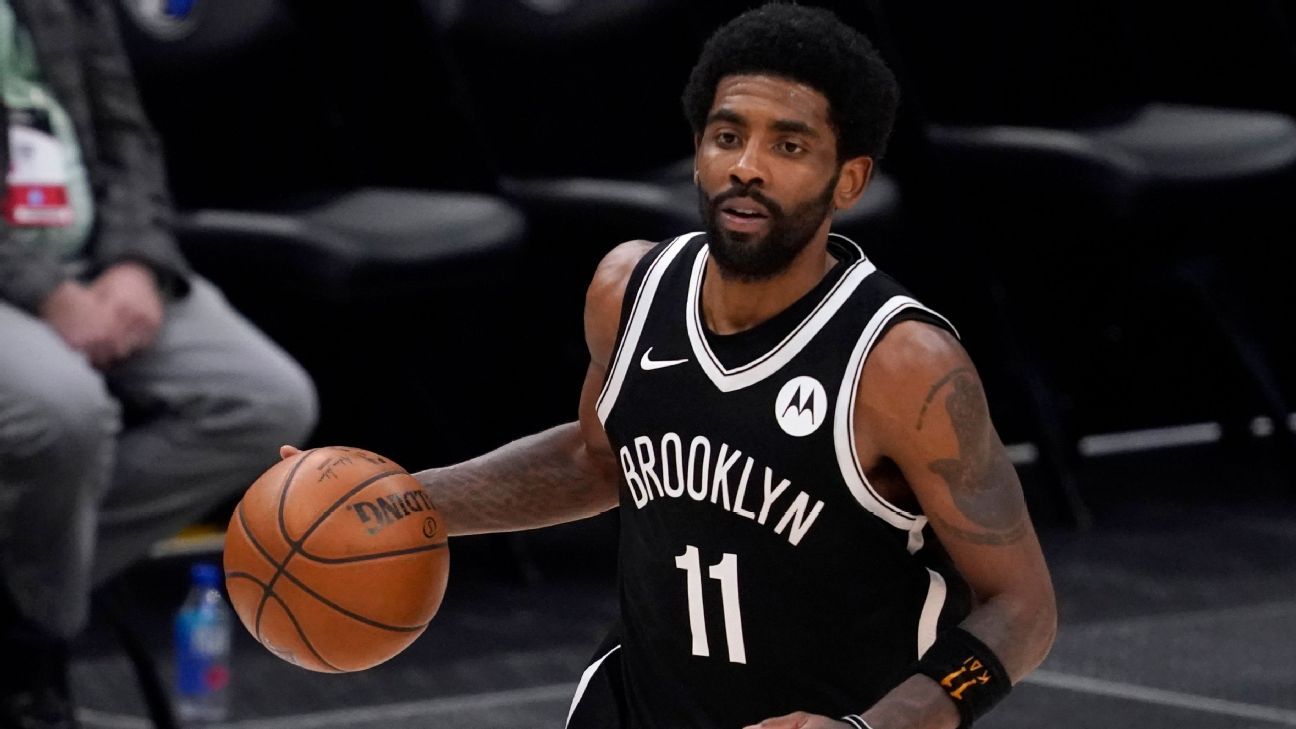 The Brooklyn Nets remain unclear on All-Star guard Kyrie Irving‘s ultimate intentions to get vaccinated and have made no decision on whether the organization will accommodate him as a part-time player this season, sources told ESPN.

There had been previous optimism that Irving would get vaccinated and fulfill local government mandates allowing him to practice and play in New York this season, but that hope is waning and Irving’s continued resistance to vaccination has the Nets preparing for the possibility that they’ll be without him for home practices and games for the foreseeable future, sources told ESPN.

If Irving remains unvaccinated, the Nets could be faced soon with a decision on whether they’ll allow Irving to come and go with the team in and out of New York — or just keep him sidelined all together, sources said.

The Nets have been outwardly supportive of Irving’s process to consider vaccination and believe they’ve listened, supported, and educated him, but the franchise’s collective patience will be increasingly tested the longer that Irving stops short of committing to join the team on a full-time basis.

The Nets believe they’re still a championship contender with a roster constructed around Kevin Durant and James Harden and could ultimately have to make hard decisions on Irving’s future should he remain unvaccinated and unable to play in the Barclays Center or Madison Square Garden.

Under an agreement between the league and player’s union, Irving could lose game checks of approximately $380,000 for every home game he misses due to the protocols starting with Friday’s preseason home game against the Milwaukee Bucks. Irving, 29, is under contract for $35.3 million this season.

After Irving missed practice on Tuesday in Brooklyn, Nets coach Steve Nash said the team will not consider relocating practices outside New York to accommodate him. The team will only be away from home for one day the rest of the preseason — Monday for a game at Philadelphia. At that point, Irving will not have been allowed to practice or play with the team for 10 days.

The challenge of an unvaccinated Irving could test the Nets immediately in the regular season. With a six-game homestead starting the second week of the season, Irving would be away from his teammates for 11 days before he could workout with them again. That’s a situation that will repeat itself over and over for varying lengths. During one stretch in November and December, the Nets are home for 20 out of 26 days.