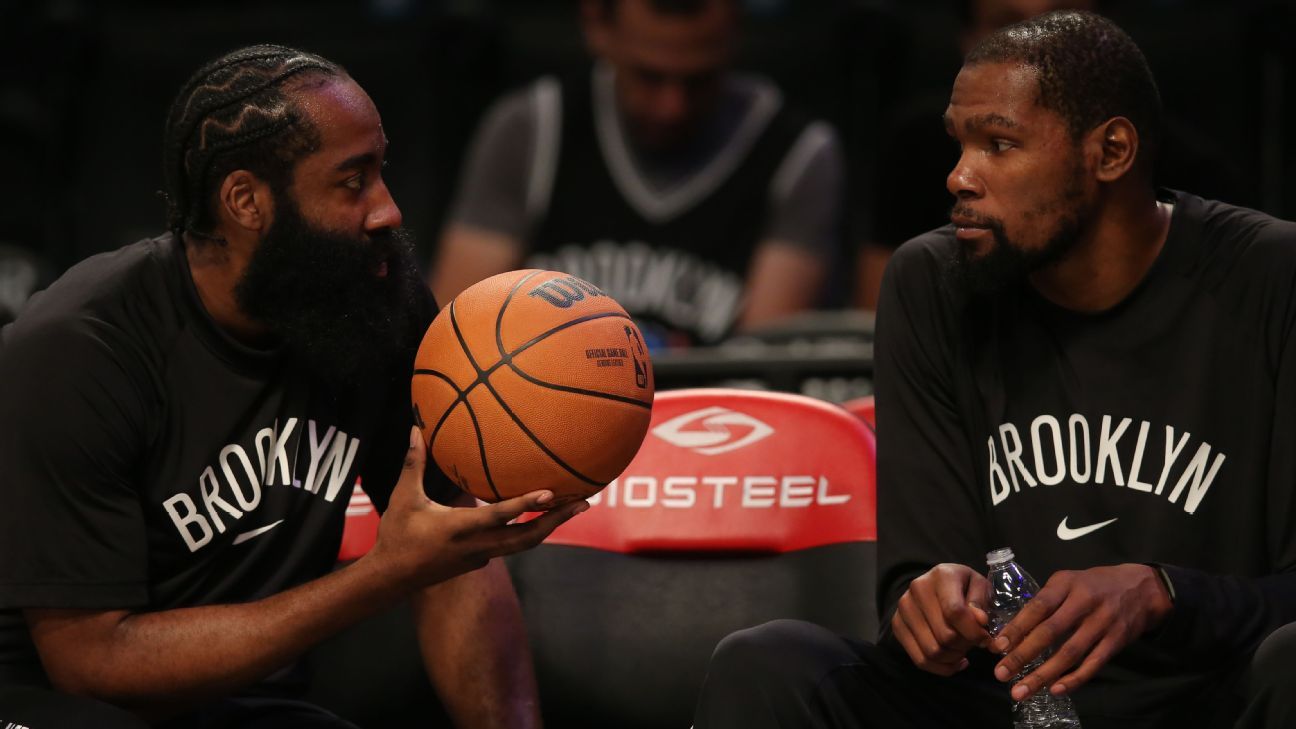 As the Philadelphia 76ers‘ chartered 757 was cruising toward New Orleans on Tuesday afternoon, coach Doc Rivers was getting unwanted texts of support and congratulations.

Earlier that day, Ben Simmons had been removed from the manifest. Rivers had kicked Simmons out of practice, and shortly thereafter the 76ers suspended the 25-year-old three-time All-Star for their season opener for conduct detrimental to the team.

“You’re getting these texts, ‘great job’ and all this stuff,” Rivers said. “And it’s not. I don’t think people understand.”

When Rivers took the 76ers’ head-coaching job in 2020, he did it with the belief he could lead the talented team to the Finals. And in his first season, the Sixers were the No. 1 seed in the Eastern Conference and a strong candidate to get there. But after the upset loss to the Atlanta Hawks in the semifinals and the resulting Simmons trade-demand drama, the 76ers’ momentum has been derailed as they wait for a resolution.

Kicking Simmons out of practice, even if the perception was of the organization standing up to a disgruntled player, isn’t moving in the direction the team planned.

“We come into the summer thinking we’re close and not to allow the residual effects of one loss to overshadow what you actually did,” Rivers said. “And unfortunately that has happened.”

Rivers and the 76ers are far from alone in hitting an unexpected roadblock when they looked to be on the path to title contention. Indeed, Philly is just a headliner in a group of NBA title contenders, including the Brooklyn Nets, Denver Nuggets and LA Clippers, who also find themselves in a state of suspended animation to start the 2021-2022 season.

A little less than six months after he was hired in the middle of the 2015-16 season, new Brooklyn Nets general manager Sean Marks made his first big move.

He traded Thaddeus Young to Indiana for the rights to Caris LeVert. It turned out to be the beginning of a four-year transaction whirlwind as Marks made a series of escalating risk-reward maneuvers, including six trades involving more than 20 players, that ultimately delivered Kevin Durant, Kyrie Irving and James Harden to the Nets. 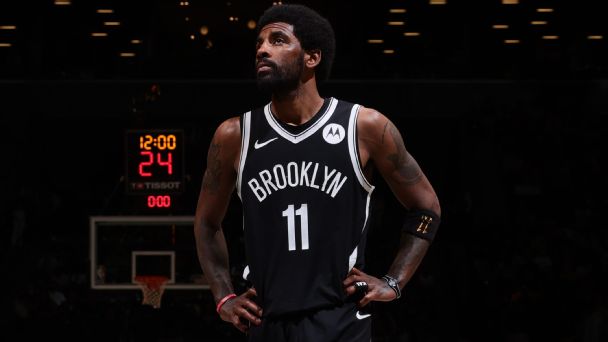 The Brooklyn Nets are holding star point guard Kyrie Irving out of action until he is fully eligible to play under New York City’s COVID-19 vaccine mandate.

• Kyrie FAQ: Everything you need to know
• How Kyrie’s absence impacts the Nets
• Undefeated: Kyrie abandoning the voiceless
• KD ‘positive’ Kyrie situation ‘will work out’

The trio has played 13 full games together. The 14th, last season in the playoffs against the Milwaukee Bucks, lasted 43 seconds before an injury sidelined one of them. There is no clarity on when they will play their 15th.

All that planning and building for what looked like a surefire championship team is now stuck in the bud phase — last season due to injuries to all three players; this season due to Irving being sidelined indefinitely because he is not complying with New York’s COVID-19 vaccine mandate.

Spending time repeatedly addressing all the chatter about Irving’s absence was not how Durant envisioned the start to this season.

“I wish none of this stuff would happen, but this is the situation that we are in,” Durant said. “I want our whole team together and I want us to be at full strength, but sometimes it don’t work out that way.”

The Nuggets missed the playoffs in five consecutive seasons from 2013 to 2018. In 2014, the team drafted Nikola Jokic, and two years later it selected Jamal Murray. As both developed into stars and the front office added key role players, the Nuggets leapt from 30 wins in 2014-15 to 54 in 2018-19, culminating in a Western Conference finals appearance in 2020.

On the heels of their five-game series loss to the eventual champion Lakers, team president Tim Connelly traded for Gordon last March in an aggressive move. Gordon’s defensive abilities, the thinking went, combined with the offensive wizardry of Murray and eventual MVP Jokic, would elevate the Nuggets.

It worked. They rolled off eight straight wins with Gordon filling a longstanding defensive hole by providing a big wing who could offer options and resistance to possible playoff opponents. With Gordon’s addition and Jokic’s MVP-level play, they were taking on the look of a title challenger.

Less than three weeks after the trade, however, Murray tore his ACL against the Warriors in San Francisco.

Denver eventually lost guards Monte Morris, Will Barton and P.J. Dozier to injuries, too. The Nuggets were so short-handed, they relied on guard Austin Rivers to play 47 minutes in a double-overtime playoff win over the Portland Trail Blazers after he’d signed with the team with just a month left in the regular season.

Though the Nuggets eked out a rugged first-round series win against the Blazers, they were never the same after Murray went down.

Whether that slice of high-level play from last season can be recaptured or even elevated — the franchise has since placed a big bet on small forward Michael Porter Jr., giving him a maximum extension that could be worth up to $207 million — Murray’s return grips them every day.

After their preseason concluded with a 28-point loss to the Timberwolves to drop their exhibition record to 1-3, the Clippers were gifted a full week at home before the start of the regular season, allowing for what could be described as almost a second training camp. As 5-on-5 scrimmages raged in high-energy practices, Kawhi Leonard, in the midst of his own ACL surgery rehab, noticeably gave some young players individual notes like an assistant coach.

“I’d rather have him out there,” coach Ty Lue said with a chuckle.

In January 2018, the Clippers stunned much of the NBA, and Blake Griffin, when they kicked off a sudden retrofit by trading Griffin to the Detroit Pistons six months after giving him a five-year, $173 million deal, then the largest contract in team history.

There would be more action over the next 18 months: a draft-night deal to land Shai Gilgeous-Alexander; a six-player, four-pick trade centered around Tobias Harris; and a four-team deal that helped Jimmy Butler get from Philadelphia to Miami as the Clippers acquired two first-round picks, adding to a growing trove.

It all led to the massive coup of signing Leonard and trading for Paul George — a combo that still remains one of the grandest transactions of the past decade.

The team was opening a championship window with Leonard and George in their primes and in agreement on a partnership. The roster had reasonable depth and other supporting veterans — Lou Williams, Montrezl Harrell, Patrick Beverley, Marcus Morris Sr., Reggie Jackson and JaMychal Green — who seemed ready to contribute.

But injuries plagued their first season together in 2019-20 — Leonard and George were held out of training camp, and George would later miss 22 games while Leonard missed 13. And that was before the Clippers even got to the Orlando, Florida, bubble to resume a regular season that was interrupted by COVID-19. A lack of chemistry glared between holdover players from before the deal and after the stars’ arrival. Making matters worse, Beverley, Harrell and Williams all left the bubble for personal reasons, missing crucial time and weakening the team further as the squad blew a 3-1 series lead to the Nuggets in unforgettable fashion.

And last season, just as Leonard and George were displaying their potential in the playoffs, Leonard suffered the ACL injury in the second round against Utah. The Clippers still made their first-ever Western Conference finals, but their playoff run, without their franchise forward, ended in a six-game loss to the Phoenix Suns.

Now the Clippers remain in their own purgatory. Though they believe that their window is still open with George and Leonard having signed long-term deals, what isn’t clear is how dramatically the Clippers’ season will be impacted by Leonard’s knee injury.

The team takes hope from how they closed out the top-seeded Utah Jazz in last year’s playoffs. The Clippers whisper about how promising Leonard’s mid-stage recovery is looking. But they realize they aren’t among the group of title contenders — and they don’t know when they will return there.

“When Kawhi comes back, [and] when Serge [Ibaka] comes back, we’ll be more happy to have those two guys back ASAP,” forward Nic Batum said of Leonard and Ibaka, who is making his way back from back surgery. “They gotta take care of themselves first to be ready 100% for us to win games, maybe a championship.”