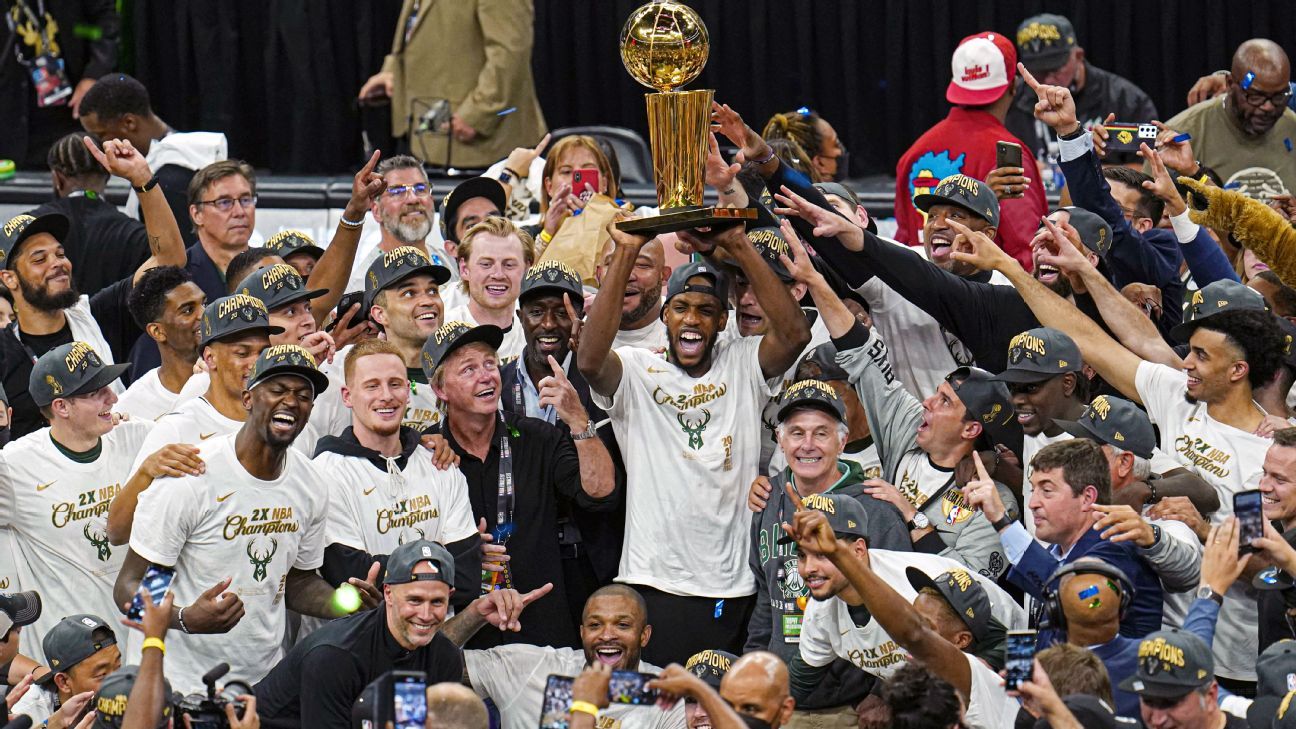 The Milwaukee Bucks are scheduled to make a trip to the White House to celebrate winning the 2021 NBA title on Nov. 8, sources told ESPN.

The Bucks will be the first NBA team to visit the White House since the 2016 Cleveland Cavaliers visited former President Barack Obama. Milwaukee won its first championship in 50 years in July, beating the Phoenix Suns in six games.

The previous four champions — the Golden State Warriors in 2017 and ’18, the Toronto Raptors in 2019 and the Los Angeles Lakers in 2020 — did not make the trip. The Warriors and Raptors didn’t go during Donald Trump’s presidency.

The Lakers did not make the trip this past year due to travel complications because of the COVID-19 pandemic.

When asked last season about making the trip, James told reporters, “It would be great, but I have no idea what we can even do right now besides hotel, arena and home,” he said.

Shortly after Biden beat Trump in the November election, Warriors forward Draymond Green tweeted at James, “y’all can go to the White House and celebrate y’all title G!” James responded: “YO we back up in there my G!!! I’m taking my tequila and vino too!”

Milwaukee plays the Wizards in Washington on Nov. 7, and then travels to Philadelphia on Nov. 9. The Bucks are 3-2 on the season and host the San Antonio Spurs tonight.