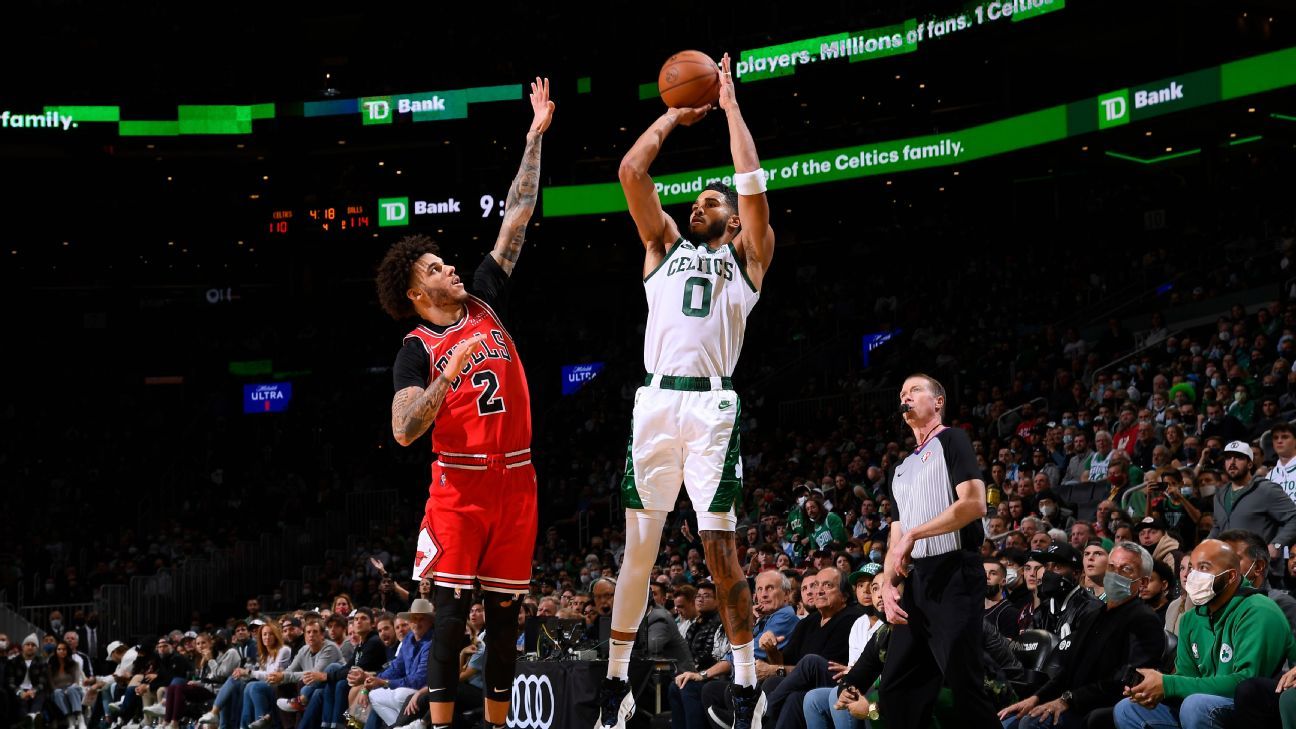 BOSTON — Marcus Smart called out Jayson Tatum and Jaylen Brown after the Boston Celtics lost their third game in a row on Monday night, saying the star duo needs to get their teammates more involved.

Brown and Tatum combined for 48 points but struggled late in a game that saw the Bulls come roaring back from a 19-point deficit in the second half. Tatum scored two points on 1-for-8 shooting in the fourth quarter, while Brown was scoreless on just two shots.

“That’s something that they’re going to learn,” Smart said. “They’re still learning. We’re proud of the progress they’re making, but they’re going to have to make another step and find ways to not only create for themselves but create for others on this team to open up the court for them later down in the game.

“… It’s something we’ve been asking them to do and they’re learning. We just gotta continue to help those guys do that to help our team.”

The Celtics led 94-75 with about three minutes left in the third quarter and still had a 103-89 lead entering the fourth. But Chicago scored the first 12 points in the fourth to cut the deficit to two points, 103-101, with just over 8 minutes left.

Ayo Dosunmu, a second-round draft pick who had his first double-digit scoring game with 14 points, hit a 3-pointer with 6:53 left to put the Bulls up 106-105. The Celtics briefly retook the lead before Chicago scored 18 of the next 20 points.

“We got up, got comfortable, got a little bit too cute thinking the game was over in the third quarter,” said Celtics coach Ime Udoka, who fell to 2-5 in his first season at the helm. “We started celebrating early. It’s a good lesson learned: You mess with the game, it will come back to bite you.”

The Bulls improved to 6-1 with the win.