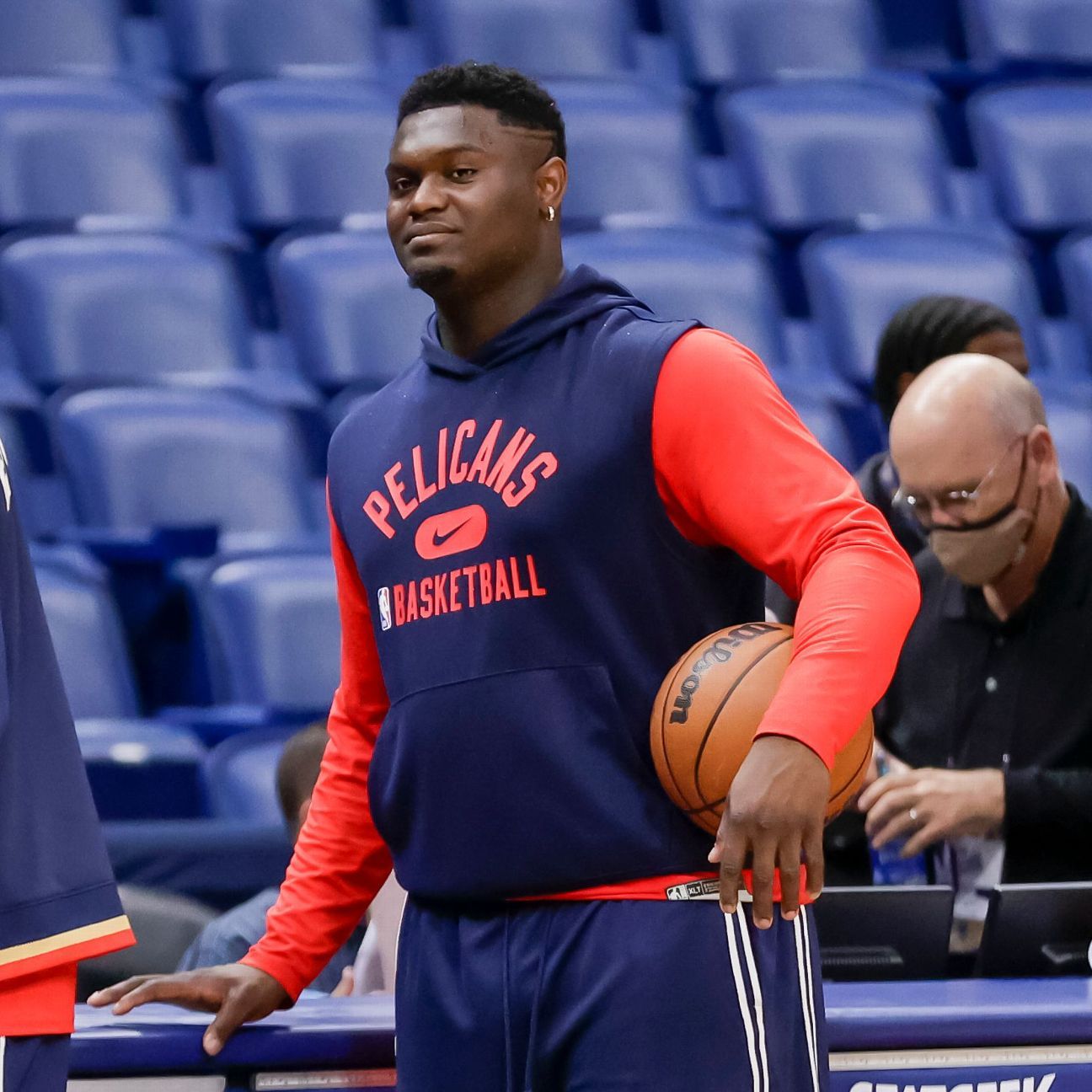 METAIRIE, La. — New Orleans Pelicans forward Zion Williamson is “progressing” in his recovery from a fractured right foot, but his return to play is still up in the air.

Pelicans coach Willie Green told reporters on Monday that doctors were encouraged by the latest set of scans on Williamson’s injured foot and that he is able to do 5-on-0 work but no contact yet.

“He’s cutting. He’s doing explosive work. He’s running. He’s getting closer and closer,” Green said. “It’s just one of those injuries where we want to be really diligent, especially with the foot, of being careful when we put him back on the floor at full go.”

Green said Williamson will undergo another set of scans in two to three weeks that will determine if he can progress to 5-on-5 work, the last step before returning to action.

“I think he has to go through some of that to see where he is,” Green said. “You have to feel the real grind and bump of playing against competitors. That’s the part he hasn’t done yet.”

Williamson is set to travel with the team on its upcoming four-game West Coast road trip. He’s allowed to participate in practice if the team is going through plays or walk-throughs.

“We just want to continue for him to progress in the right direction without any setbacks,” Green said.

The Pelicans announced Williamson’s injury at media day in September. Initially, there was some hope he could be back for the start of the regular season before it was announced he would miss more time.

This is the second of Williamson’s three seasons in which he has been unavailable for the start of the year. In his rookie season, a torn meniscus delayed his debut by 13 weeks.

Without Williamson, the Pelicans have gotten off to a 1-6 start. Pelicans center Jonas Valanciunas said the team is eager for Williamson’s return.

“It’s going to be different look for our team,” Valanciunas said. “But he’s a huge piece for us. We need him back, then we’ll see how everything is going to look.”

The Pelicans start their road trip on Tuesday night in Phoenix, and they could be without their other All-Star forward in Brandon Ingram.

Ingram missed Saturday’s game against the Knicks with a sore right hip. Green said that Ingram is questionable for the game against the Suns and the team will see how he’s feeling after shootaround Tuesday morning.