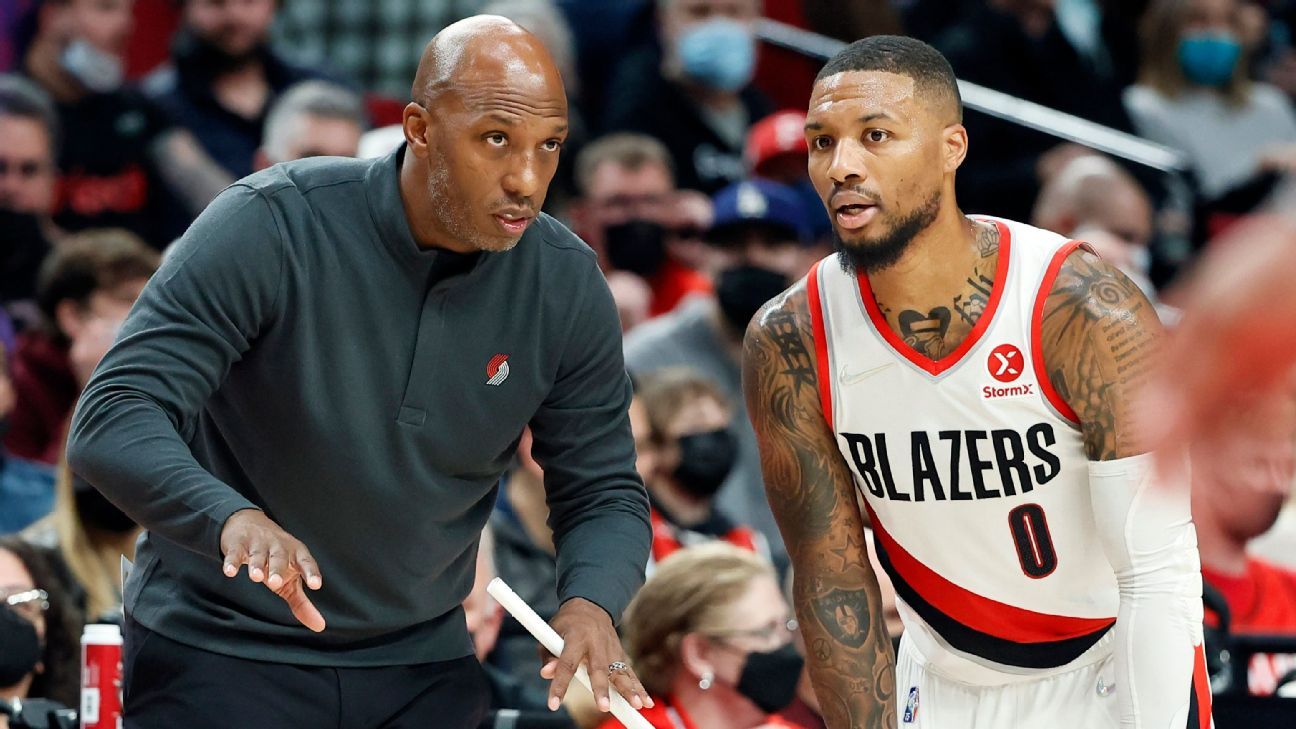 PORTLAND — Having already navigated speculation about his desire to be traded and pushback over the hiring of his franchise’s new head coach in recent months, Portland Trail Blazers star Damian Lillard said his duty will remain the same while the team opens an investigation into general manager Neil Olshey.

The Blazers announced earlier in the day that they retained an outside law firm, O’Melveny & Myers, to “conduct a full, fair and independent review” into alleged “concerns about [the] workplace environment” caused by Olshey.

Olshey was hired by the Blazers to run their front office in June 2012 after serving as the LA Clippers‘ GM for parts of two seasons. A few weeks after getting the job, Olshey oversaw Portland’s selection of Lillard with the No. 6 pick out of Weber State, a little-known mid-major program in Ogden, Utah.

“I think the best way to lead is to focus on leading the team,” Lillard said. “We play basketball, and my job is to be the point guard and the captain of this team. And to continue to do that.”

Lillard, Blazers coach Chauncey Billups and teammate Jusuf Nurkic all answered questions about the investigation in similar fashion on Saturday, reporting no prior knowledge of the allegations against Olshey.

“It was news to me,” Lillard said. “I came across it just as everybody else did. But that’s all I know of it, that it’s an investigation.”

Said Nurkic: “All I know is what everybody knows from the statement from the team. And I have [nothing] specific to add.”

Billups, who was hired by the Blazers in June and defended by Olshey when pressed by reporters about a rape allegation in Billups’ past, said he had not spoken to the GM “about the situation at hand,” adding that they have had strictly game-related conversations.

“I mean obviously it’s unfortunate,” Billups said. “An unfortunate time. Obviously all I know is what everybody read, what everybody else knows from what they read about the report and the investigation. That’s all I know. There’s nothing else that I can really say more about that.”

Nurkic, who was acquired by Portland in a trade with the Denver Nuggets in February 2017 and saw his career blossom under Olshey’s watch, was asked to characterize his relationship with the executive.

“As far as our relationship, I don’t think we have a relationship,” Nurkic said. “We’re being pros, and that’s what I’m looking for.”

Lakers forward Carmelo Anthony, whose career was revived by Olshey and the Blazers signing him after he had been out of the league for more than a year, said he hadn’t heard about the investigation until a reporter asked him about it after the Lakers’ loss Saturday.

Portland improved to 5-5 with the win on Saturday, moving past the Lakers for No. 8 in the Western Conference standings.

“You know, it’s a distraction because there’s so much talk about it, obviously,” Billups said. “But I can honestly say when I’m in that office and with the guys, I don’t think about that at all. Not even for a little bit. I’m focused on the game.”

The Whiteboard: Checking in on the NBA’s longest active streaks
Klay Thompson sends a clear message about Warriors future
5 NBA legends you forgot played for the Boston Celtics
How Carmelo Anthony went from No. 1 option to top reserve
‘Fired me up’: Non-call fuels Curry in Warriors’ win