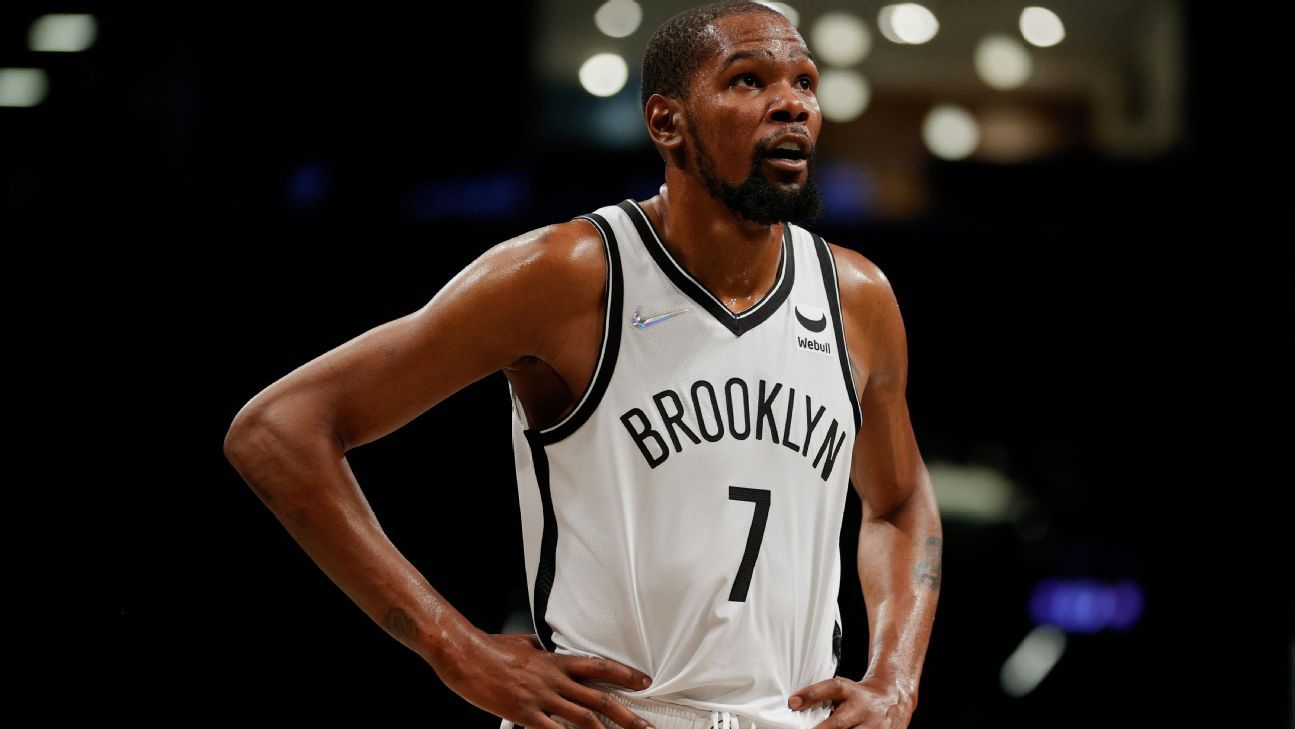 Kevin Durant‘s MVP-like start to the season continued Sunday with 33 points against the Oklahoma City Thunder despite a sore right shoulder.

After helping the Brooklyn Nets beat the Thunder 120-96, Durant acknowledged that he is getting treatment on his shooting shoulder. He could be seen at one point moving and feeling his shoulder.

“It’s solid,” Durant told reporters after the win when asked about his shoulder. “A little sore here and there, but I played, didn’t get in the way too much. Keep getting treatment and take it a day at a time.”

On Wednesday during a 123-90 win at Orlando, Durant had his shoulder wrapped during the fourth quarter, but the Nets didn’t need their star in the last quarter of the blowout win.

The shoulder doesn’t appear to be limiting Durant, who has shot 52% or better in five straight games. Durant has scored 20 or more points in all 14 of his games to start the season. That is one shy of tying Karl Malone‘s 15 straight such games in 1997-98 for the longest streak to begin a season by a player 33 years or older, according to data from ESPN Stats & Information.

Durant made 9 of 17 shots from the field and 13 of 14 from the free-throw line against his old team on Sunday.

“He’s got a little tweak,” Nash said when asked about Durant’s shoulder. “But the ball still goes in the hole so I think he’s hanging in there. I don’t think it’s the type of thing that we expect to get worse so he’s kind of playing through it, so it’s not terrible.”

The Nets, though, did lose sharpshooter Joe Harris, who sprained his left ankle in the second quarter on Sunday and did not play in the second half. Harris was coming off his best game of the season, in which he hit 9 of 12 shots and scored 24 points in a 120-112 win at New Orleans on Friday. He left with three points and three rebounds in 14 minutes.

“No update,” Nash said. “Ankle sprain, and we’ll have to assess it when we get home.”