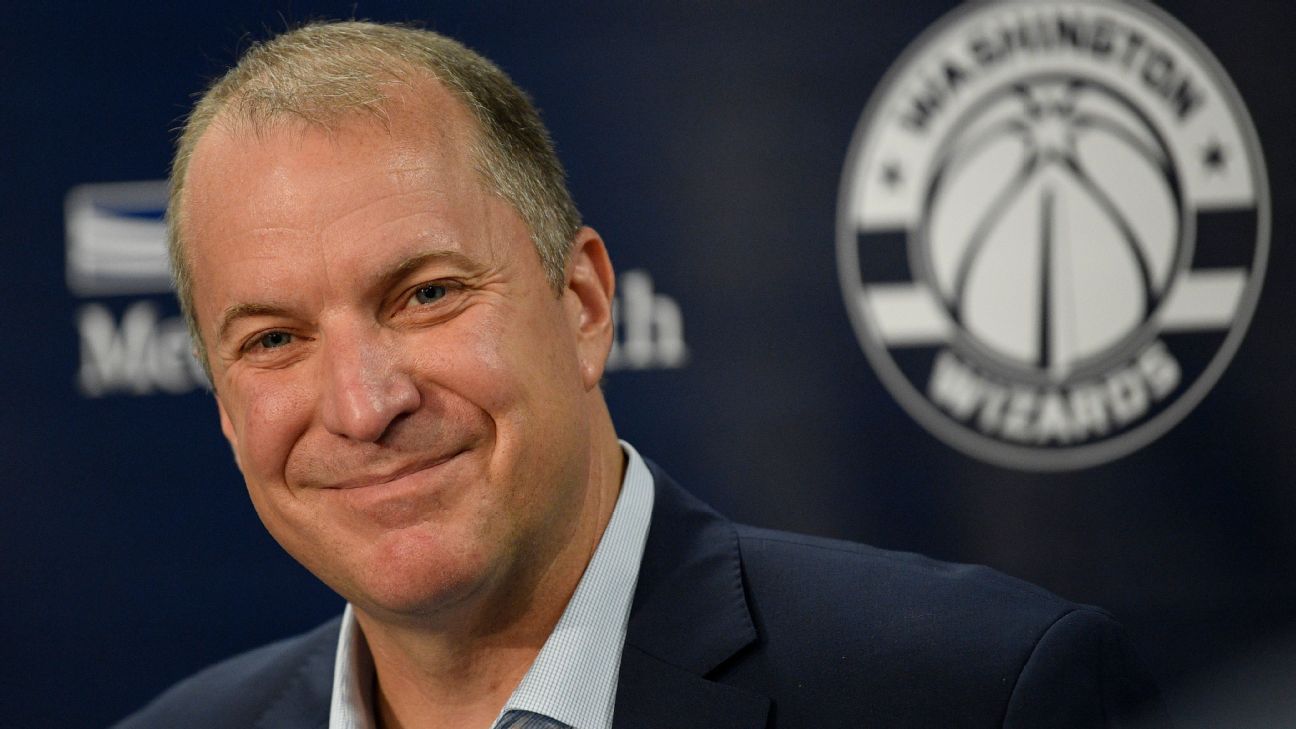 “Tommy has effectively improved our team each year of his tenure by following the plan he laid out to us as his vision when we hired him as general manager, and Sashi has been instrumental in making us a leader in analytics, research and player engagement while efficiently streamlining operations across all of our basketball teams and venues,” said Ted Leonsis, the Wizards’ owner and founder and CEO of MS&E.

The Wizards were 10-3 entering Wednesday night’s game at Charlotte, the best record in the Eastern Conference and their best start since 1974-75.

Washington hired Wes Unseld Jr. as its new coach in the offseason and traded Russell Westbrook to the Los Angeles Lakers in a blockbuster that brought Kyle Kuzma, Montrezl Harrell and Kentavious Caldwell-Pope to the Wizards. Washington also acquired guard Spencer Dinwiddie in another move that’s paid dividends.

“I am honored to represent this organization and tremendously grateful for the opportunity to continue building this team in order to use what we accomplish both on and off the court to uplift the community,” Sheppard said. “Our staff, and their dedication to working together, has been essential to our success, and we will continue to work hard, follow our plan and make our fans proud of the team we put on the floor.”