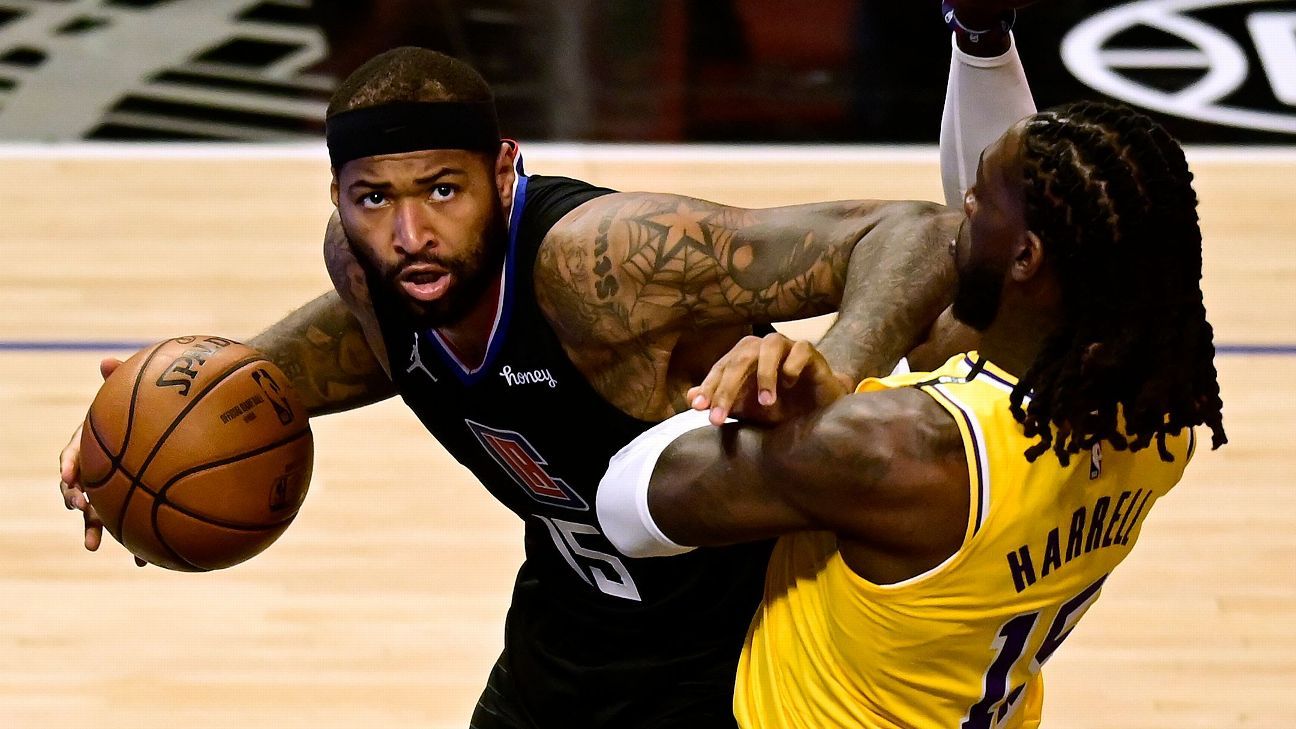 Cousins, 31, will sign a non-guaranteed deal to join the defending NBA champions, sources said. Teams must guarantee contracts for the balance of the season by January 7.

The Bucks have been without center Brook Lopez with a back injury and needed some more size to bolster their frontline. Cousins played parts of the 2020-2021 season with the Houston Rockets and Los Angeles Clippers, including some significant stretches of good play in the Clippers’ run to the Western Conference Finals.

Cousins has averaged 20.4 points and 10.6 rebounds in his 10 year NBA career, which includes two significant lower legs injuries in recent years — a torn ACL and an Achilles tear. He was a four-time All-Star and a two-time All-NBA second-team selection (2015 and 2016).

He played seven years with the Sacramento Kings until a traded to New Orleans in 2017, and signed successive free agent deals with Golden State, Houston, the Clippers and now the Bucks.

Baron of Industry: How Baron Davis made entrepreneurship his own
NBA Power Rankings: Can Ja Morant and the Grizzlies keep rising?
The Whiteboard: The problem with Russell Westbrook’s shot selection
NBA trade rumors: Lakers just missed out on trading for Cam Reddish
Sources: Hawks trade Reddish to Knicks for pick