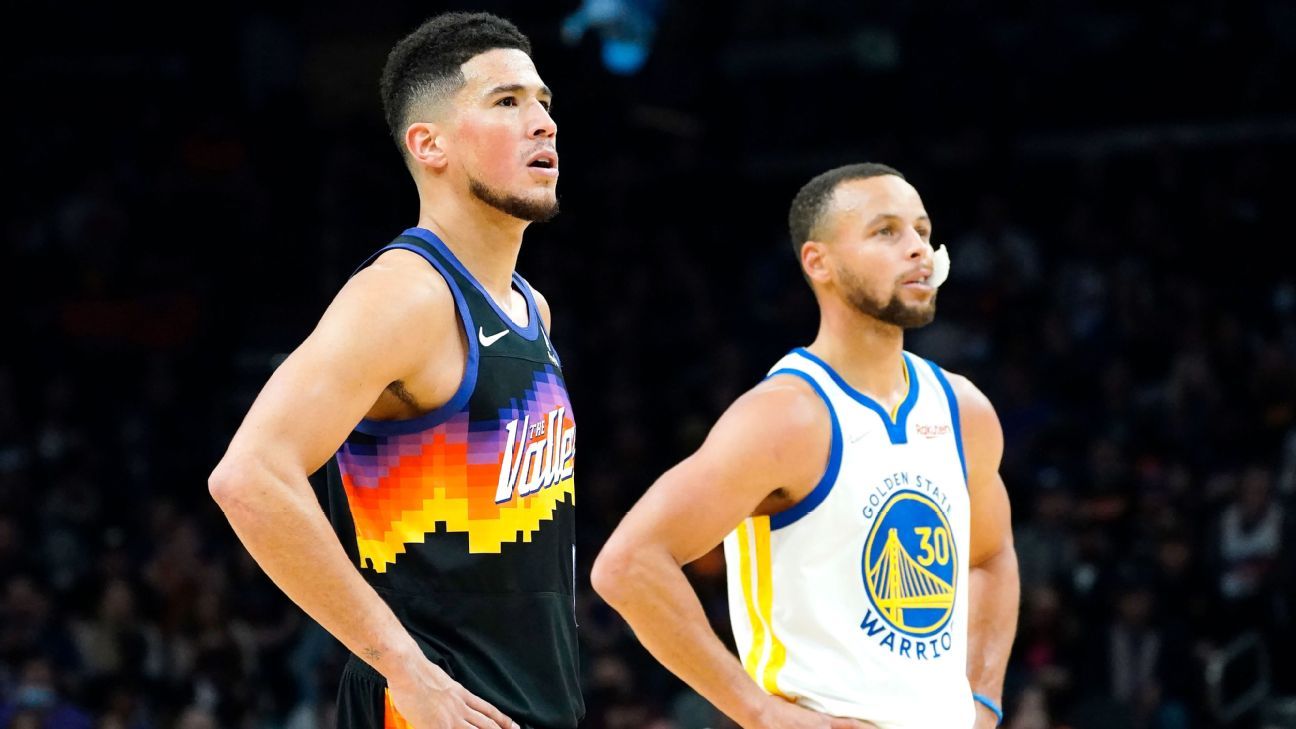 PHOENIX — Devin Booker left the Phoenix Suns‘ big matchup against the Golden State Warriors on Tuesday night with a left hamstring injury and did not return.

He suffered the injury during the second quarter, grabbing his leg after a drive six minutes before halftime. He left the game moments later.

Booker had 10 points, two rebounds and an assist at the time of the injury.