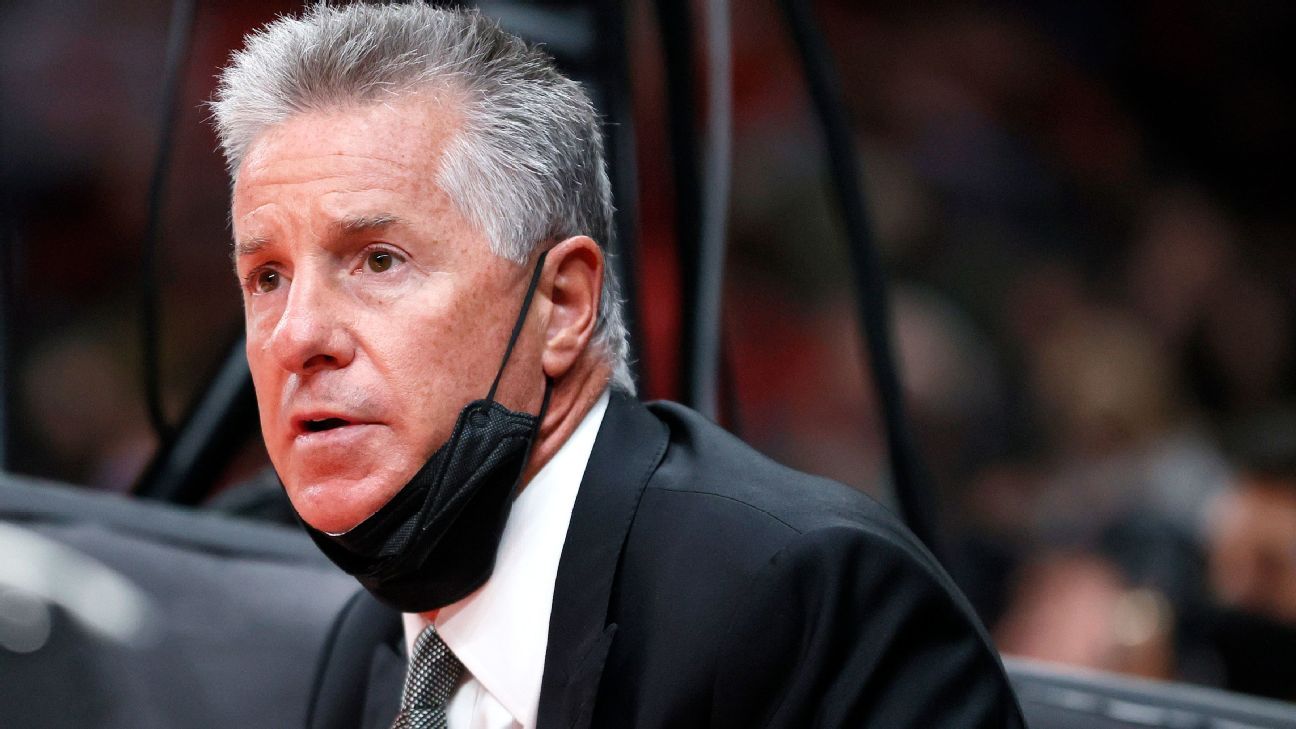 “Following the conclusion of the independent review of concerns and complaints around our workplace environment at the practice facility, the Portland Trail Blazers organization has decided to terminate General Manager and President of Basketball Operations Neil Olshey, effective immediately due to violations of the Portland Trail Blazers’ Code of Conduct,” the team said in a statement. “Out of respect for those who candidly participated in that privileged investigation, we will not release or discuss it. We are confident that these changes will help build a more positive and respectful working environment.”

Joe Cronin will serve as interim general manager during the Trail Blazers’ search for a permanent replacement, the team said.

The Trail Blazers announced earlier this month that law firm O’Melveny & Myers was conducting an independent investigation into “concerns around workplace environment by non-player personnel at the practice facility.”

Olshey had created a hostile work environment, with instances of bullying and intimidation, according to a Yahoo Sports report at the time.

The 56-year-old Olshey had been a member of the Trail Blazers’ front office since 2012, when he took over as general manager following nine years in the LA Clippers organization. He added the president of basketball operations title in 2015.

Under the most difficult of circumstances, Nikola Jokic has never been better
Bulls’ Jones Jr. out 2-4 weeks with bone bruise
5 trades to help the Knicks recapture their magic
Warriors’ Green (calf) out at least 2 more weeks
DeMar DeRozan and his late-career renaissance with the Bulls