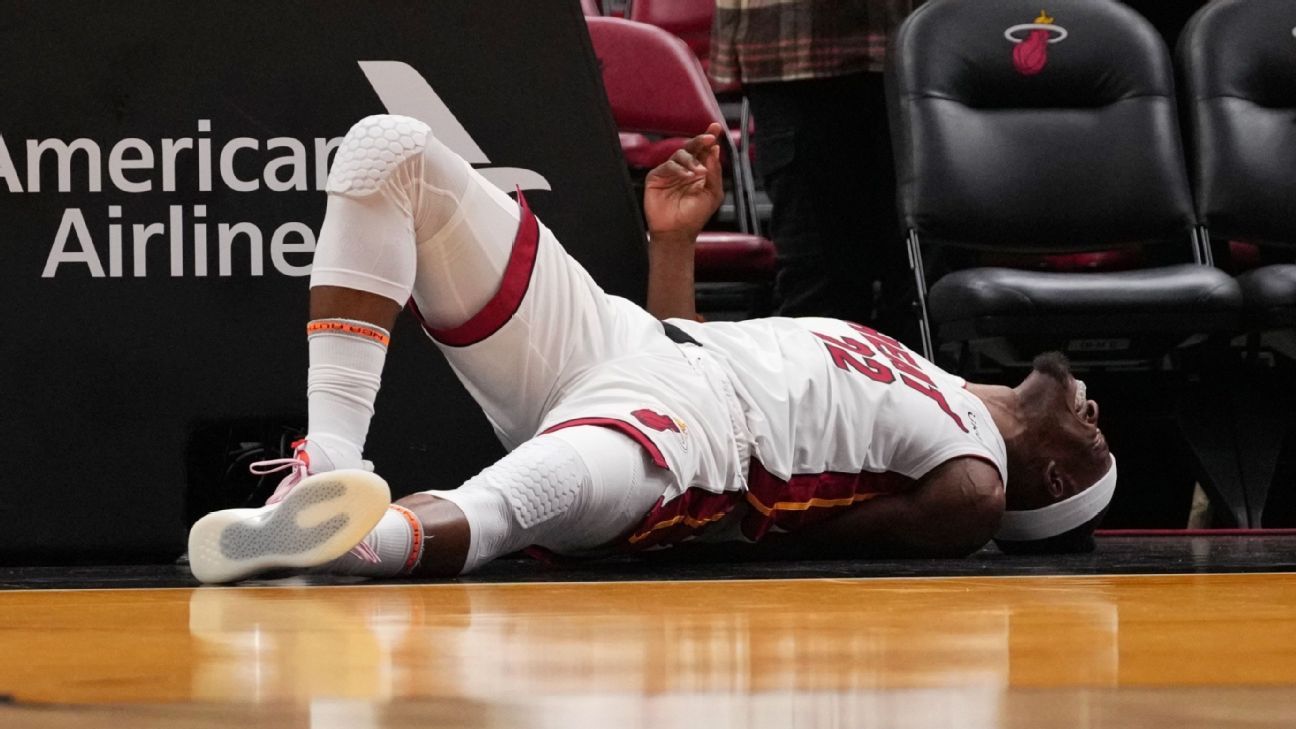 Miami Heat star Jimmy Butler aggravated a tailbone injury that had kept him out four games in his return to the court on Monday, a 105-90 loss to the Memphis Grizzlies.

Butler favored his back after a hard fall on a missed driving layup early in the first quarter. He scored just 10 points on 13 shots before heading to the locker room midway through the third quarter. He did not return.

“He drew contact and got shoved and landed on his tailbone again,” Heat coach Erik Spoelstra said after the game. “There could not have been a worst scenario for us to start the game. It is a contact sport. It’s an unpredictable thing. Insult to injury, we didn’t get the call on that either.

“But he definitely re-aggravated it. You can tell from that point on he was not his usual self. So we’ll reevaluate him [Tuesday] and see where we are.”

Injuries have plagued the Heat this season with All-Star big man Bam Adebayo expected to miss six weeks after surgery on his thumb. Markieff Morris has also missed 15 consecutive games with a neck injury but did participate in warm-ups before Monday’s game.

The Heat next host the Milwaukee Bucks on Wednesday.