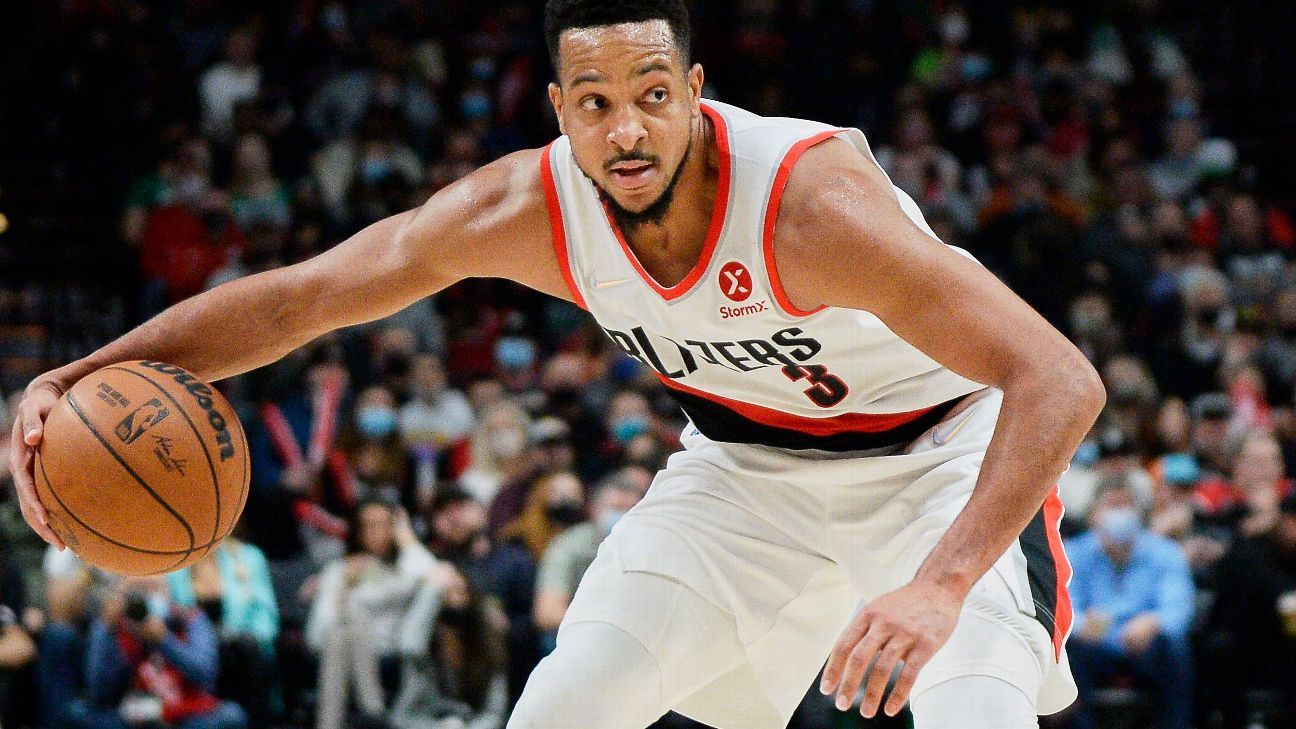 Portland Trail Blazers guard CJ McCollum has been diagnosed with a pneumothorax in his right lung, the team announced Tuesday night.

A pneumothorax is a collapsed lung, and it was discovered Tuesday after the veteran underwent a CT scan.

On Saturday, in the fourth quarter of a game against the Boston Celtics, McCollum suffered the injury, and the team said he will be further evaluated before a prognosis and status is determined. He was not in the lineup on Monday, when Portland fell to the LA Clippers, 102-90.

Severely short-handed in that defeat, Portland battled Los Angeles, but eventually couldn’t make up for the loss of not only McCollum, but also All-Star guard Damian Lillard (abdomen) and backup point guard Anfernee Simons (ankle).

McCollum also did not travel with the Trail Blazers for Wednesday’s game at the Golden State Warriors.

McCollum, 30, has started all 24 games he’s played in this season, averaging 20.6 points, 4.1 rebounds and 4.5 assists. The Blazers have struggled in the early going. The loss to the Clippers dropped them to 11-14.